Vacation use is dropping, and it can’t be blamed on consumer confidence, the latest employment numbers or even a hatred for air travel.

Increasingly, workers simply can’t pull themselves away from their jobs.

While workers once took upwards of 20 vacation days a year between 1976 and 2000, they now take just around 16, a drop of nearly an entire work week, according to The State of American Vacation, a venture by Project: Time Off, a coalition working to change the way American’s look at vacation days for personal and economic benefits.

Related: Give Us a Break: Millennials Are Suffering from Vacation Shame

The reasons stem from a work culture that doesn’t make time for breaks.

Nearly a third surveyed don’t think anyone else can do their work in their stead. Another fifth didn’t want to seem replaceable.

Technology also plays a role, says the report, as vacation use has declined as internet adoption has risen.

But most just worry what their bosses would think. A full 80 percent of those surveyed said they would take more time if they thought their manager supported it. These workers are more likely to have received mixed messages -- or no messages at all -- regarding the importance of time away.

Related: Why You Really Need to Unplug on Vacation [Infographic]

These small decisions have a big impact, especially when you consider more than half of Americans leave vacation time on the table, leading to more than 658 million unused days each year.

If Americans used all of their vacation time in 2015 alone, an additional $223 billion could have been spent in the U.S. economy, according to the report. That shift could potentially have created 1.6 million jobs and even generated $65 billion in income. If Americans just took one extra day, the economy could see a $34 billion boost, the researchers estimate.

Take a look at this graphic for more statistics -- and more proof you need to get planning your next trip. 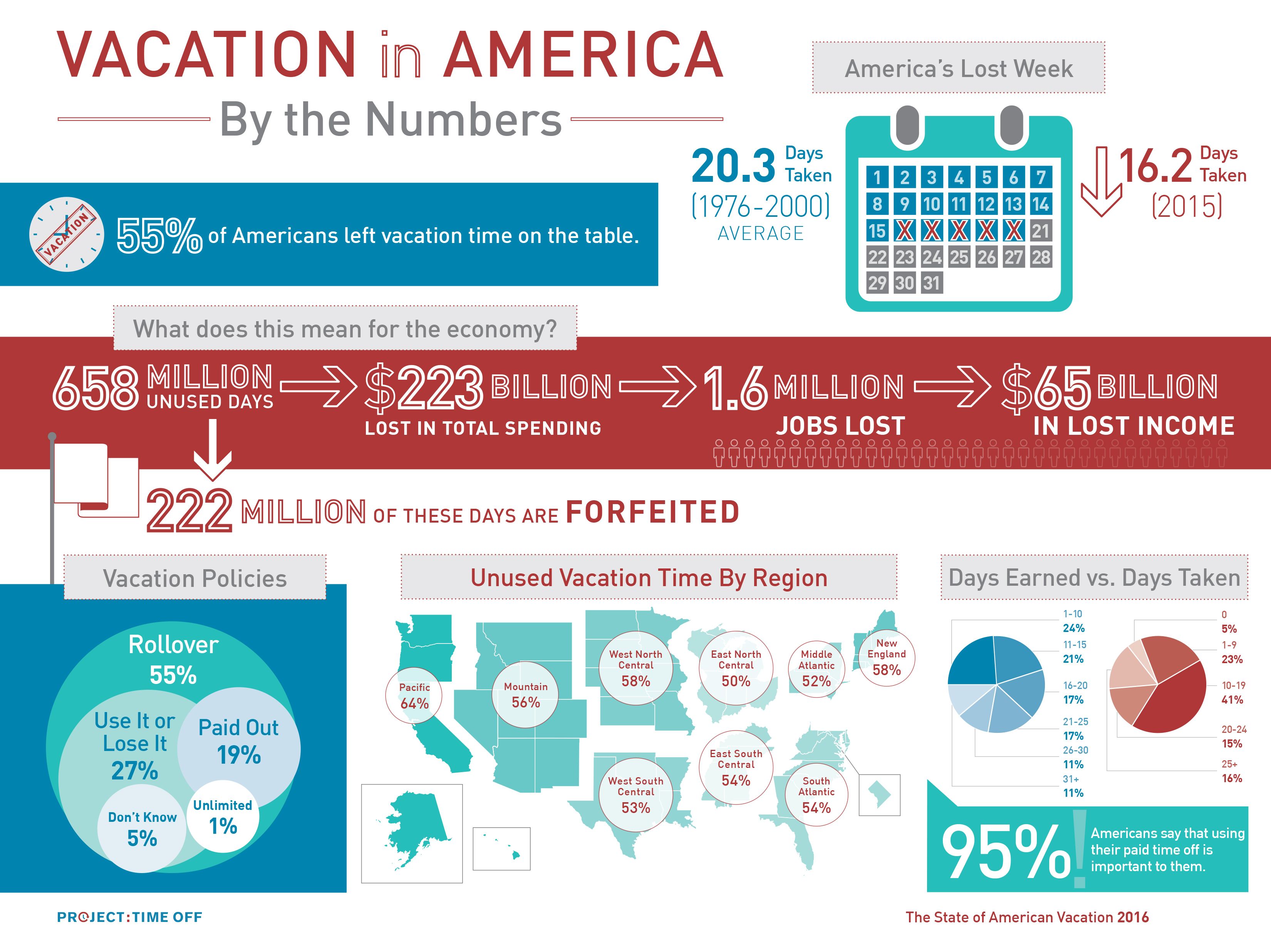 Planning to Travel in 2019? Here's How to Save More (Without Spending Less) on Your Next Trip.

Here's the Secret to Really, Really Enjoying Your Summer Vacation

How Much Vacation Time Should You Be Taking?