Moving Mainstream: A VC's Perspective On The MENA Fintech Ecosystem

By Shailesh Dash August 21, 2016
Opinions expressed by Entrepreneur contributors are their own.
You're reading Entrepreneur Middle East, an international franchise of Entrepreneur Media.

The fintech sector has emerged as the poster child of global investment activity in the past five years, with more than US$50 billion invested in almost 2,500 companies since 2010. We have seen fintechs grow from being mere startups offering payment solutions to transforming the global financial services industry during that period. Post 2009, consumers have become more receptive to alternative channels of payment, lending, fundraising, etc., and in the meantime, fintech has also emerged as a game changer for SMEs, offering innovative tailor-made products, such as marketplace lending, crowdfunding, and tech-enabled payments, especially when lending from traditional banks was tiring and futile.

Consequently, fintech companies have attracted significant interest from venture capitalists (VCs) as the value of investments grew multifold since 2010, from US$1.8 billion to US$22.3 billion at the end of 2015. Moreover, fintech investments grew by 75.5% in 2015, outpacing the 29% growth in the overall venture space, which affirms the sector’s position as a hot ticket in the financial service space. Additionally, 2015 witnessed several fintech IPOs such as PayPal, Square, WorldPay, and First Data commanding multi-billion dollar valuations. On the other hand, 2015 also saw the demise of some iconic industry players, most notably Powa, which built mobile payment products and was once considered one of the UK’s brightest tech startups, valued at US$2.7 billion in 2015.

I believe that the fintech sector is reaching the next level of maturity and moving into the mainstream. However, the fintech industry remains at a nascent stage in the MENA region, despite favorable demographics (highly educated people, high levels of income and high smartphone penetration rates) and several digital transformation drives initiated by regional governments. Lagging regulations in most sectors, combined with limited private sector interest, and dominance of cash as the preferred mode of payment remain the key bottlenecks for development of fintech in the region. In the region, we have already seen several fintech companies making a mark on the regional financial services industry.

For instance, alternate payment systems, such as CashU, are slowly gaining popularity on the back of increasing e-commerce transactions, while crowdfunding (Eureeca, Aflamnah and Durise) and peer-to-peer lending (Beehive) platforms have emerged as potential gamechangers for regional SMEs that find it difficult to obtain financing from traditional channels. I believe that the long-term shift in the MENA financial services domain has only just begun, with more personalized products and services such as Islamic finance, remittances, insurance, and investment advisory services lurking to be introduced in the horizon. 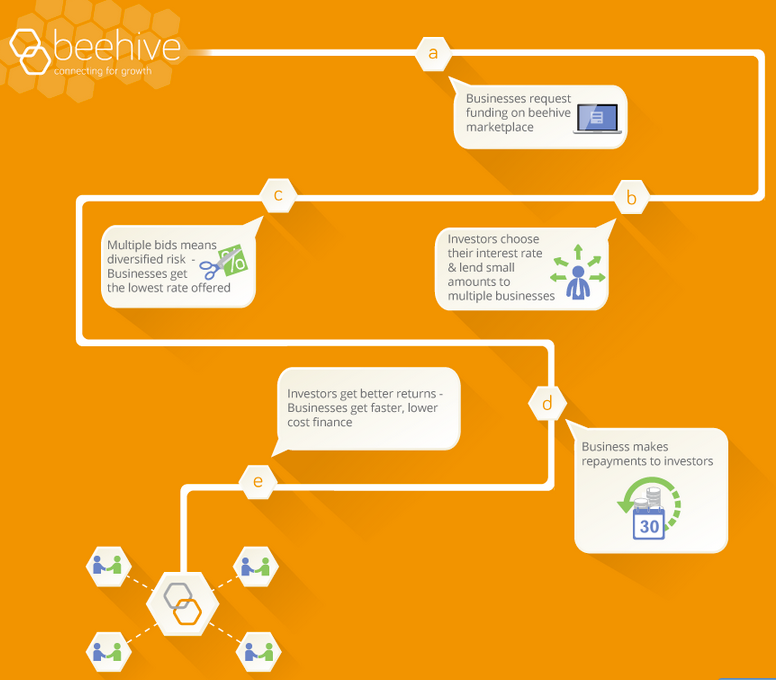 Although, it would not be appropriate to compare the region’s fintech sector to its global peers, as it is still in early stages, but we are clearly seeing an increase in interest from VC players, with the number of fintechs growing rapidly in the region. Given that we are still in an early stage, the VCs will have significant opportunity to capitalize on the potential growth prospects as seen in global markets. Further, we have seen several regional players such as Fawry, Zoomaal, Compareit4me, and Liwwa attracting the interest of VC firms and raising millions of dollars to fund their business. The valuation of many such startups have increased significantly in a short span of time, and I believe this will lead to the rise of new unicorns in the region going forward. Although, the rising number of fintech startups will eventually increase the competition, I believe it will augur well for innovators and investors as the industry evolves over the next few years.

A fintech startup in the MENA needs to be fostered from its inception, so as to become an industry unicorn in a rapidly changing environment. The real value in investing would be either at the seed level, or at early rounds of capital raising activity, as valuation shoots up by multiples in a very short span of time. Having said that, for institutional investors such as PE firms/funds and family businesses, there is an opportunity to partner and incubate the ecosystem by lending support and resources to regional fintech startups who are aspiring to convert their bright ideas into reality.

Related: We Got Funded: Jordan Based Liwwa On Their Latest Successful Raise

As a strategic investor, we would look at companies/ ideas that would have the potential to transform the financial services industry and ease the traditional processes and services offered by banks. Further, we believe in partnering with companies from the initial stages until they become industry leaders. We have seen similar breakthroughs in the global fintech sector and believe that similar success stories can be replicated within the region provided they have the right ideas and management to navigate through the business cycle. In my opinion, the solutions-driven fintech startups are likely to become an important part of the financial services infrastructure, and they have the ability to transform into next generation unicorns.

There are two big challenges for fintech companies in the region: lack of access to finance and the regulatory environment. Firstly, VC-related entrepreneurship is at a relatively nascent level, and the lack of exit options within the region is also making VC investors wary of investing in such technologies. Further, raising funds for VCs has been challenging, mainly due to limited track records coupled with family groups preferring to invest through their own private offices. Secondly, the regulatory framework in the region is still difficult for fintech companies, especially those that directly compete with traditional regional banks. Hence, I believe that for the industry to evolve, governments will have to play an important role in fostering the fintech ecosystem in the region. Going forward, I believe that the regional fintech outlook remains promising, despite being at a nascent stage compared to the global fintech industry. Regional firms have made their mark by targeting less profitable/untapped segments and by delivering better customer experience, and therefore, their future growth potential should not be underestimated. I think the accelerated adoption of fintech by regional financial institutions will assist in bridging the gap between regional financial services and their western counterparts. However, I strongly believe that the regulatory environment would be critical for growth going forward, and the ability of fintechs to operate and adhere to stringent and rapidly changing regulations will be key to success.