We Got Funded: Jordan Based Liwwa On Their Latest Successful Raise

Ahmed Moor and Samer Atiani wants to address the gap of SMEs lacking access to finance with liwwa, and they just got funded.

According to a survey by the World Bank and the Union of Arab Banks in 2014, which surveyed more than 130 MENA banks, 63% of small and medium sized businesses don't have access to finance, with an estimate of a US$210 million to $240 billion market gap in MENA. It's a gap that makes fintech startups all the more prevalent, and the kind of opportunity that liwwa founders Ahmed Moor and Samer Atiani saw too. CEO Ahmed Moor's background consists of structuring bonds in New York, before transitioning to journalism, with stints at Al Jazeera English, The Guardian, and others, and later on enrolling at Harvard University's Kennedy School of Government to complete a Master's in Public Policy degree. CTO Samer Atiani's experience consisted of leading software engineers at Wireless Generation, a company building and deploying software enabling parents of New York public school students to review their children's academic records, as well as having worked at Etsy.com as a software developer.

In 2013, while at Harvard University's Innovation Lab, the duo co-founded liwwa, a crowdfunding and investing platform to address the gap of small businesses not having access to capital, and therefore don't have the opportunity to grow. The founders are also motivated by the altruistic notion that by helping SMEs grow, it would improve economic growth and jobs. The peer-to-peer lending startup focuses primarily on providing loans to small businesses, operating almost entirely online and sourcing capital from retail and institutional lenders, rather than depositors. Moor says liwwa has two revenue streams: "First, we collect 2% of every payment that a borrower makes into our network. We also lend our own money to borrowers."

The startup began operations in Jordan in March 2015, with an office in Amman and one in New York, and a UAE base planned before the end of 2016- and their efforts have caught the attention of investors. In March 2015, liwwa raised $500,000 in a seed round that was led by DASH Ventures, with Bank al Etihad and MENA Venture Investments, and in April 2016, it raised $2.3 million in a Series A round led by Silicon Badia's Badia Impact Fund, with DASH Ventures and Samih Toukan, Chairman of Jabbar Internet Group, participating in equity financing- thus raising $2.8 million in total. DASH Ventures has helped liwwa close significant deals with local banks, while Silicon Badia's relationship with finance institutions are already generating results too- indeed, Moor credits that their implementation is catalyzed by investors who know and operate within the local market.

Related: What Investors Look For When Evaluating Your Pitch: Samih Toukan

On the investors' side, Dash Ventures Managing Director and co-founder Omar J. Sati saw liwwa's opportunity in the online lending market and believed in liwwa's product, team and technology. He says, "liwwa's innovative and market leading credit assessment technology, their commitment to using data to drive business decisions, strong focus on customer service, and an accomplished and diverse team all signaled towards a company capable of establishing themselves as a regional pioneer for market place lending." 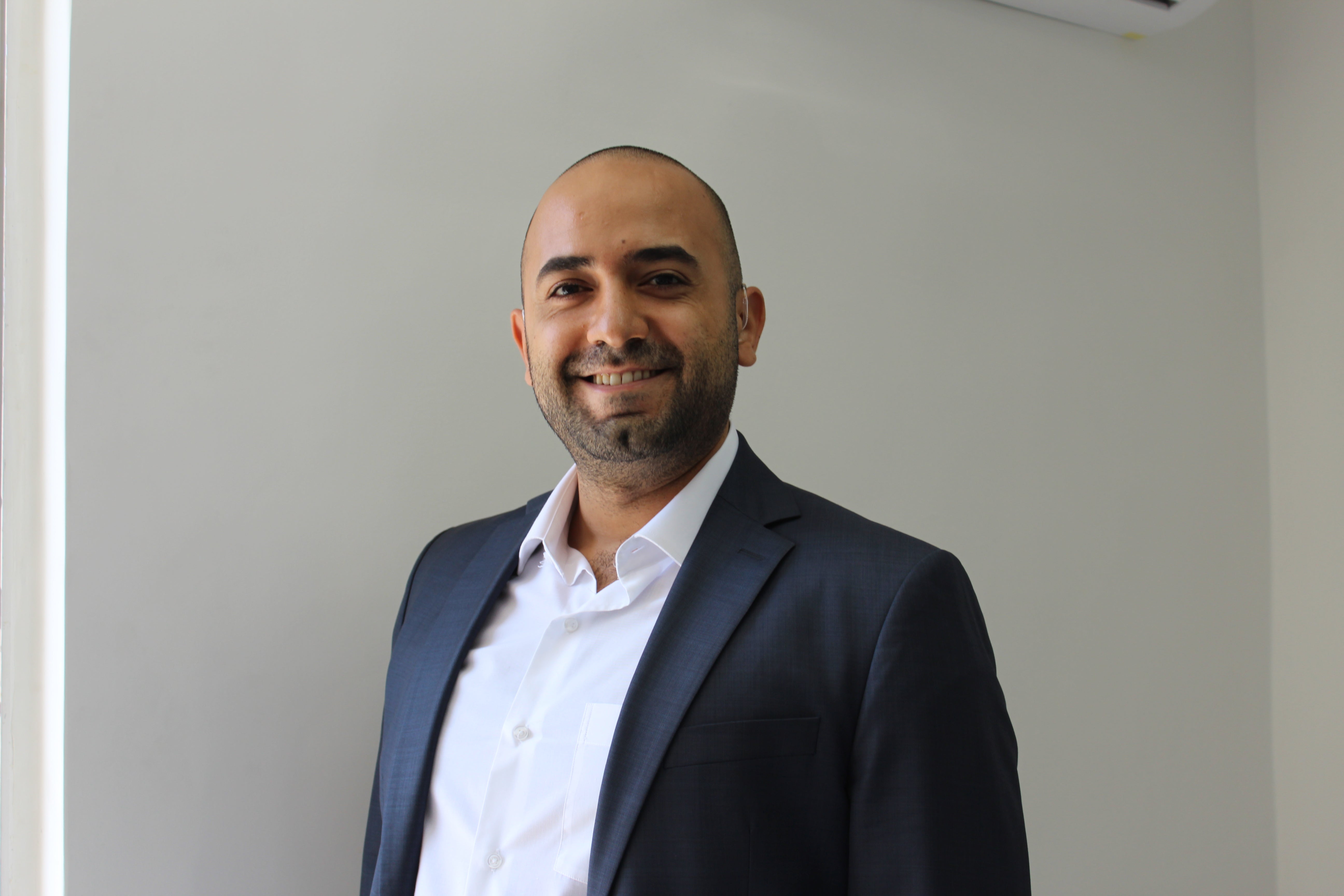 On the short span of time between liwwa's seed round and latest round, Moor credits it to the startup's performance. "We underwrote $1.8 million across 81 small businesses in our first year of operations. We also closed a big part of the gap on rolling out our proprietary technology around credit assessments." As for when they felt it was necessary to seek funding again, Moor says they're always in touch with investors, and says they were "lucky" that Silicon Badia approached them with a term sheet, with the round establishing a better relationship with DASH Ventures as they (and Silicon Badia) join the Board, along with Moor and Atiani.

Extending their services to the UAE by the fourth quarter of 2016 is on the works, with Moor commenting how they're "doubling down" on the technology development side of things. "Building scale into our credit assessment process will allow us to underwrite debt responsibly in markets like Egypt and Morocco, eventually." 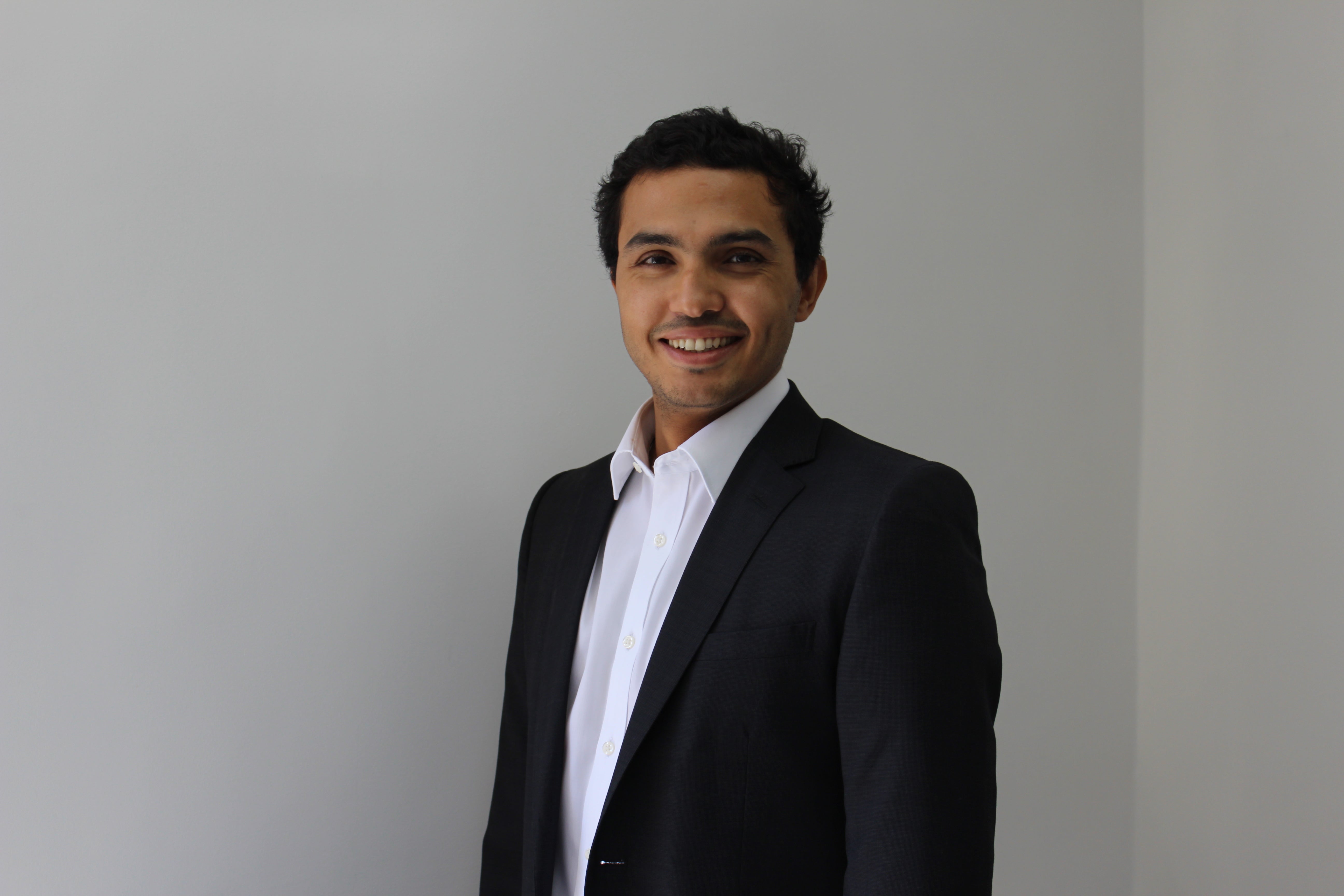 TIPS FOR MENA STARTUPS WHEN PITCHING TO INVESTORS

"Our breakthrough on fundraising always seems to be when the lead investor gets excited. We spent a year-and-a-half fundraising in Jordan before Omar J. Sati at DASH Ventures got really engaged on what we were building. Similarly, Hagop Taminian [Investment Principal at Silicon Badia] took an early interest in the company and constantly stayed in touch. Both Omar and Hagop share financial services backgrounds. In each case we were able to engage the guys on something they were equally passionate about. There are VCs who get excited about the online game space, and other people who love logistics management- it's important to know what motivates the people you're talking to, if only so you know whether you're speaking with the right people. Beyond that if you can find that common ground it may act as a catalyst for more serious conversations. It's worth highlighting the fact that execution is all that matters at the end of the day. And you want your investors to see exactly how they can help you execute." 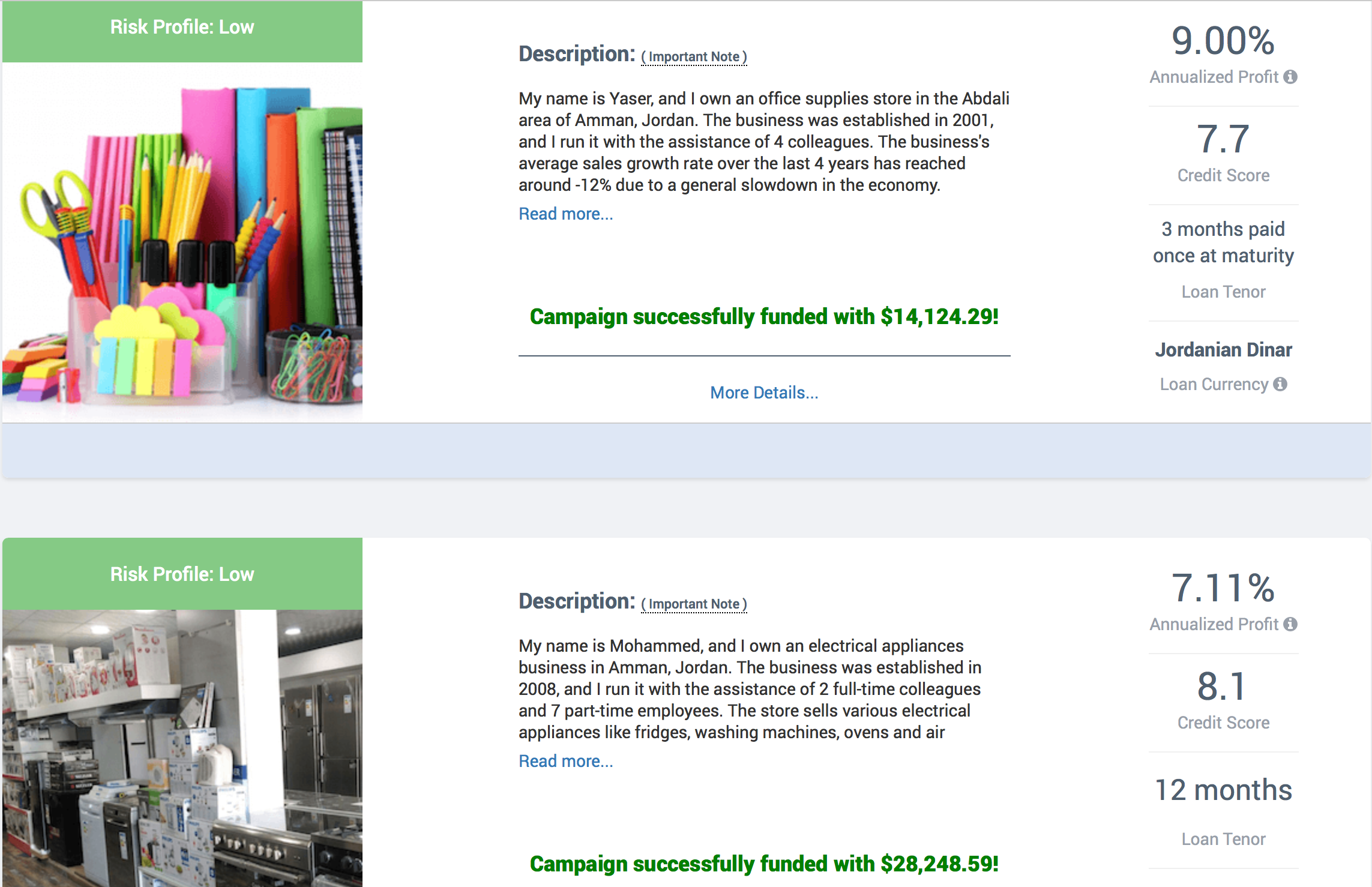 WHAT LIWWA CAN LEARN FROM SIMILAR MODELS ELSEWHERE

"What liwwa can learn from players in other markets is how to stay in constant conversation with appropriate regulatory bodies to ensure liwwa consistently operates within the law, and that liwwa has a role to play in shaping future regulation. Most countries in the world today have no hard legislation on crowdfunding and peer-to-peer lending, and until laws are set, marketplace lending platforms like liwwa have to try to figure out how to best operate under, and comply with, the current regulatory setting, and to self-regulate to the highest of standards. Establishing new laws is a long process - it took almost 10 years after Zopa's entrance into the lending space before official legislation tailored for peer-to-peer and general crowdfunding platforms came into effect via the Financial Conduct Authority in 2014. Transparent communication and cooperation with the appropriate authorities is key. Being conscious of regulation will keep crowdfunding platforms, investors, governments and users happy in the long run."

WHY INVESTORS SHOULD TAKE A CHANCE AND INVEST IN FINTECH STARTUPS

"Investment and subsequent development in fintech will change the way people interact with local and global economies for the better. Marketplace lending will allow more financing opportunities for businesses that have normally felt shut out from traditional lending avenues. Reward-based crowdfunding platforms help breathe new life into the region's poorly funded creative industries. Funding aside, investment in payment solutions will ensure the region's transition from a cash-based to a cashless one is not only smooth, but helps drive new money into the region. Particularly, on a broader level, fintech can play a role in financial inclusion in Levant and North African countries. By fueling money into the fintech space, this allows two major developments to occur: Easier access to funding to those who need it, and easier methods of spending money for those who seek it. By focusing efforts in this industry, not only will start-up ecosystems benefit, but the region's economy as a whole can reap rewards.

11 Innovation Strategies That Can Effectively Increase Your Businesses' Growth

Adopting new innovations for your industry by keeping up with the latest technological breakthroughs is essential to ensuring your success in the long run.