EarthLink Helped Bring the Web to the Public. Now It Wants to Be Known for Something New.

We spoke with the company's CEO, Joe Eazor, about the challenges he faces leading the legacy brand.

Remember EarthLink? If you connected to the internet in the late 1990s to early 2000s, the company may have been your dial-up internet service provider (that is, if you weren't an AOL customer).

As cable and DSL internet connections became more affordable, dial-up services from AOL and EarthLink disappeared from the public consciousness.

AOL pivoted to become a media company, with its ill-fated merger with Time Warner in 2000 and eventually its acquisition by Verizon in 2015. 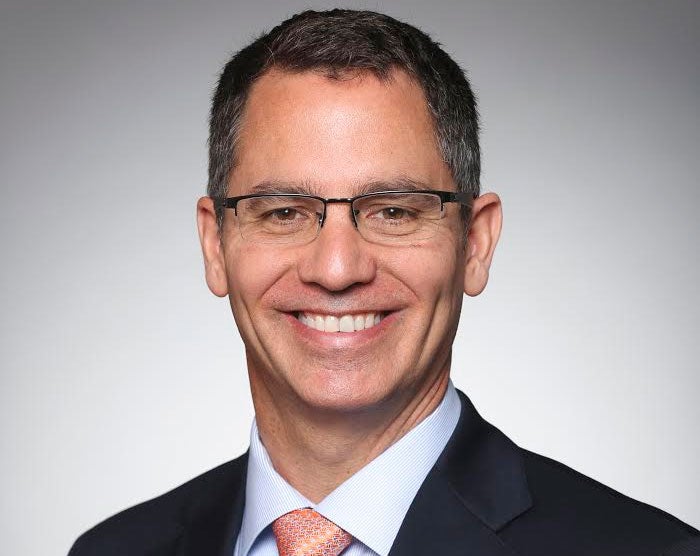 EarthLink, meanwhile, merged with Mindspring in 2000 to become the second-largest ISP. During the next decade, the company would make numerous acquisitions to expand its telecom presence. Today, the company remains an ISP, even still offering dial-up internet services, and it focuses on cloud services for businesses.

Its newest offering is a software-defined wide area network service. "The software can automatically or manually prioritize devices, applications and functions that run on the network, ensuring that maximum bandwidth and connectivity is applied to business critical applications," according to the company.

Revenues at the publicly traded EarthLink have been on the decline since 2012, falling from $1.3 billion that year to around $960 million in 2016. The company attributes these losses to "deliberate choices to eliminate or sell unprofitable revenue," according to a spokesperson.

So why is Entrepreneur suddenly writing about the company? I hadn't thought about EarthLink for years until I received a pitch offering me the opportunity to speak with its CEO, Joe Eazor. My first thought: What do you do with a brand such as EarthLink?

Eazor, who took over the leadership position in 2014 after stints at Dell EMC and McKinsey & Company, agreed to discuss this topic and more. Read his edited comments below.

What interested you about the top position at EarthLink? How familiar were you with the company before taking the job?

My entire career has been about transformation. Having had several opportunities to do due diligence around EarthLink (first when approached to join the board, then two months later when asked to consider taking the role of CEO), one thing became clear -- EarthLink was a company in need of transformation.

Let me put some context around that for you. EarthLink was dealing with the effects of a heavy acquisition strategy that had diluted the overall company’s focus, but EarthLink clearly still had all the right building blocks that could serve the needs of the business community:

Candidly, this both intrigued and excited me and I thought it was a great match for my skillset, style and experience.

Related: 6 Things You Need to Know About Google Fiber

Is it easier to start with an established name such as EarthLink, or with a brand new name?

Candidly, both have their pluses and minuses. My preference is certainly to start with a strong brand like EarthLink.

The EarthLink brand is an asset on its own. Many fondly remember the company as one of the first ISPs and a pioneer of bringing consumer internet connectivity into the mainstream. Today, EarthLink is known as a trusted provider of next generation network solutions that help businesses realize the full value of the cloud by optimizing their network to provide a better customer experience.

The core of the EarthLink brand is still consistent. It’s up to us to make sure that the market is aware of what we do and what we stand for.

Are there other companies you looked to as an example for EarthLink's rebranding?

Outside of technology from a purely business-to-business comparison, Aflac has done an excellent job building a little-known service, supplemental insurance, into something that’s more broadly understood. They’ve simultaneously and consistently built their brand and their sales effort, which is impressive. I don’t foresee us leveraging mainstream media buys the way they have, but there are certainly some lessons to be learned from their success.

Closer to our market, the rebranding of Accenture is certainly a great case study for us. They’ve built a thriving business by leveraging their core attributes in a meaningful way. We don’t have plans to change our name like they did but clearly we can learn from some of their initiatives.

What has been the most useful lesson you've learned in your career?

Relentless prioritization and simplification. Focusing on the simple things that have the most impact has helped me throughout my career. At the end of the day, it’s about understanding what truly drives success and then staying focused on those drivers while allowing for enough flexibility to adjust course as time goes on.

I can’t emphasize enough how important it is to align the organization, decision-making and metrics around those priorities. They must be communicated over and over to the organization. This approach has resulted in significantly improved alignment and culture scores, especially around alignment of strategy and direction.

What is the top piece of advice you'd provide for entrepreneurs?

I learned the hard way early on in my career when I was at the helm of an internet company. Influenced by the hype and the froth of the internet, we followed our investors’ go-public strategy without enough concern for clients. When the bubble burst, we found ourselves in the position of not having a lasting customer value proposition. Ultimately, we went the way of most internet startups.

EarthLink made it through the bubble, bringing internet to the home and making it easy. Today, everything we do starts with the customer.