The Nuances Of Negotiation

“In one word, business is negotiation,” says John O’Brien, associate dean of Carnegie Mellon University in Qatar and an associate professor of accounting. “When I ask new students to sum up business in one word, they often say ‘profit.’ However, there would be no profit without negotiation.”

To learn more about the subtleties of successful negotiators, O’Brien and his research partner, Fuad Farooqi, an assistant professor of finance at CMU-Q, turned to technology. On a visit to Carnegie Mellon’s Robotics Institute in Pittsburgh, they were inspired by Panoptic Studio, a two-story geodesic dome that is fitted with 480 synchronized video cameras to capture fine details in motion.

O’Brien and Farooqi wondered, could the cameras capture the nuances of negotiation in the setting of an open cry market? They approached Yaser Sheikh, associate professor of robotics at CMU and an expert in dynamic motion reconstruction and human behavior analysis. Along with two Ph.D. students in robotics, Hanbyul Joo and Tomas Simon, the team designed an experiment. They recruited 10 CMU-Q students who were spending a semester in Pittsburgh. The students did a trading exercise within the dome, each aiming for the highest profit margin. The cameras in the dome recorded the entire session, capturing body language as the students successfully -and unsuccessfully- negotiated price. 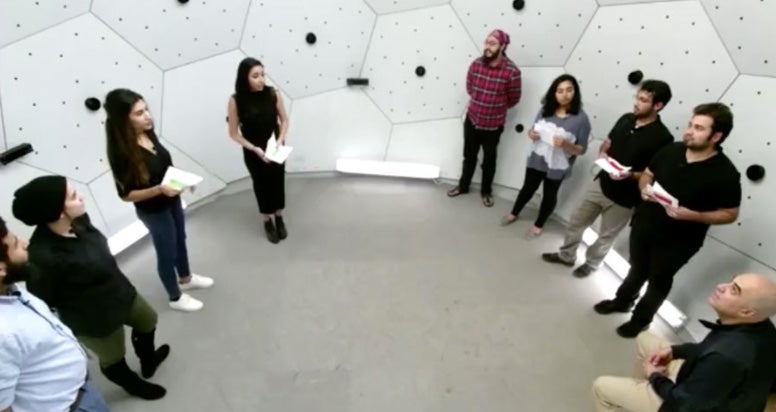 Building on a significant body of research

The concept of studying negotiation began in the early 1980’s, when researchers noticed peculiarities about how business professionals made decisions. The conventional view was the economic model of decision-making that suggests successful professionals should be dispassionate and rational as they negotiate. In the real world, however, there are many factors that influence behavior and decision-making, and successful negotiators often make seemingly irrational decisions during their discussions.

This incongruity led to a flurry of research into how negotiators respond in real world situations. By the mid 1990’s, business schools around the world were incorporating these findings into their curricula.

“Students learn to identify what type of negotiation they are engaging in, they learn how to prepare and how to recognize that in many situations, negotiation is not a competition, but a problem-solving exercise. There is a win-win solution in most negotiations,” says Bhatia.

The standard way to teach negotiation involves experiential learning, with students participating in exercises that have been developed through rigorous testing. In her classes, Bhatia uses cases developed at the Kellogg Dispute Resolution Research Center, founded in the spring of 1986 by Northwestern University. The students first engage in a trading exercise, after which Bhatia asks them to analyze their performances -what worked and what did not- to establish a baseline. Then she delves into the research.

“There are many subtleties, but generally speaking, the research shows that successful negotiators are prepared with their walkaway point, target price and best alternative. They tend to be the first to name a price, which anchors the discussion; a precise first offer is particularly effective,” she says. 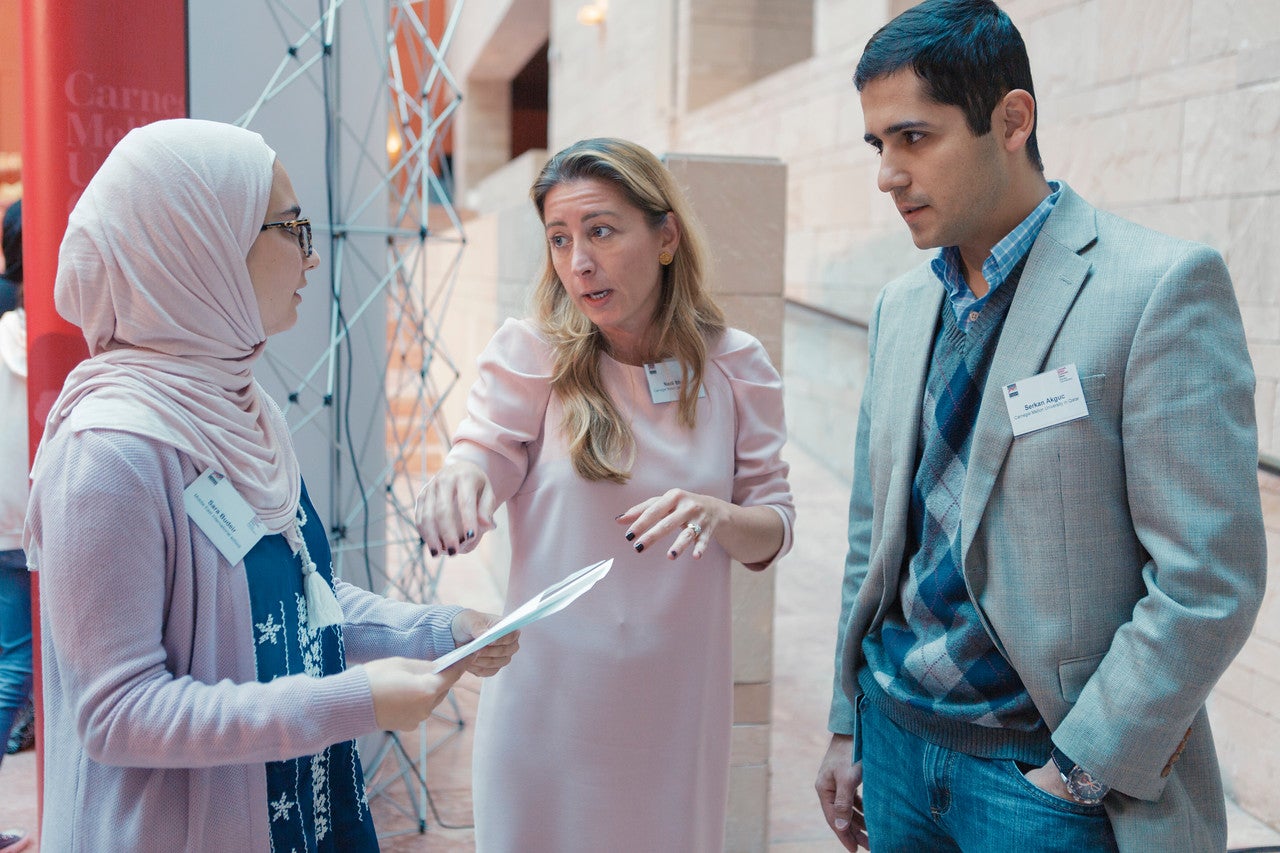 Bhatia’s area of research is rhetorical strategies in negotiation, which involves the way negotiators present their positions. In particular, she has investigated the concession domain, where one negotiator concedes a point, such as price.

The Dutch social psychologist, Geert Hofstede, conducted one of the most comprehensive studies of how values in the workplace are influenced by culture. His paradigm includes six cultural dimensions that help decode the way people from different cultures view their place in society. When teaching negotiation, the dimension of individualism and collectivism is particularly illuminating. Cultures that value the community over the individual tend to spend more time relationship-building; individualist cultures, conversely, are focused on the business at hand.

“In negotiation, trust is one of the most important aspects. Western cultures start with the assumption that you are trustworthy, but in slow-trust cultures, like the Middle East, you must build the trust first,” said Bhatia. 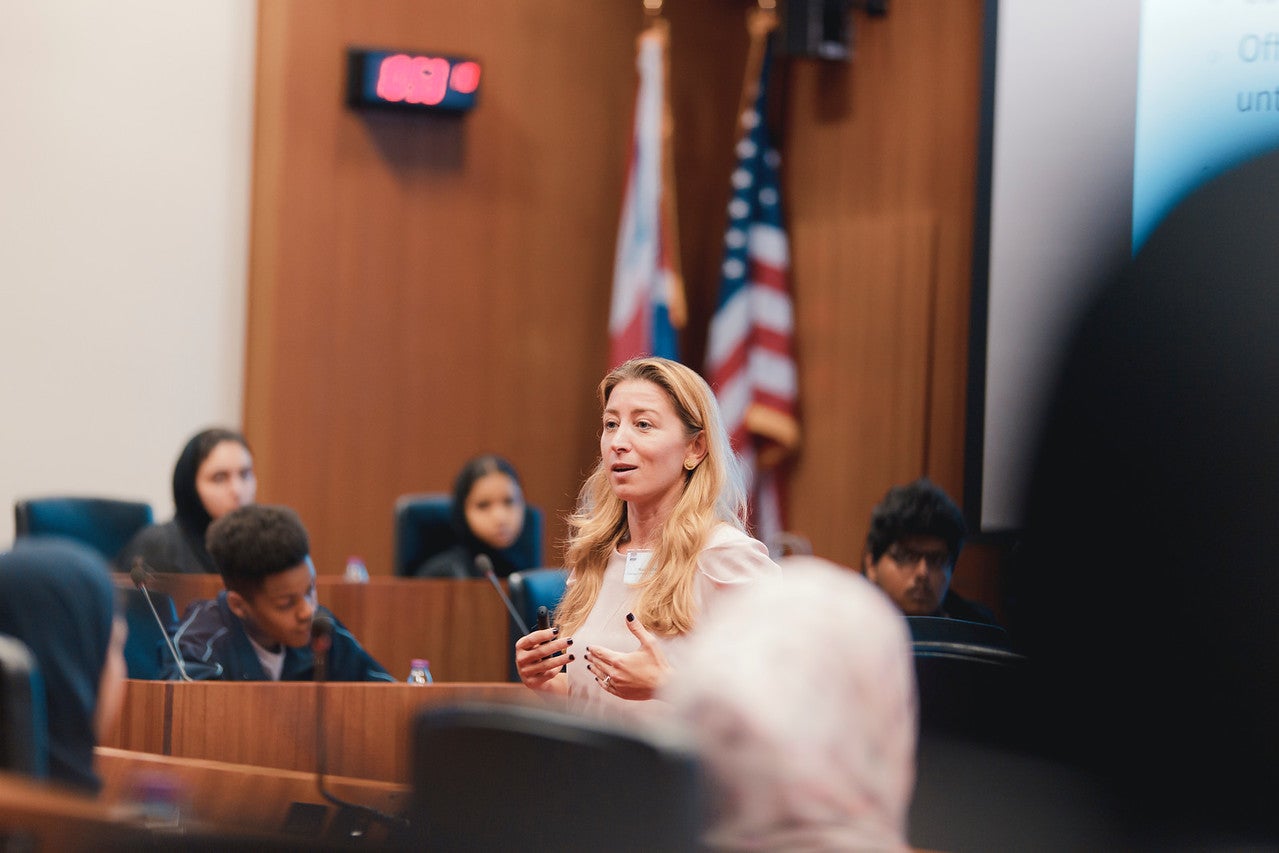 “Negotiation is a learnable skill, and new research continues to give us new insights we can pass along to students,” says Bhatia.

For the dome team, negotiation is a machine learnable skill; their study is a model of interdisciplinary cooperation. Machine learning falls under the umbrella of artificial intelligence, and it is an area of rapid growth. First defined in 1959 by computer science pioneer Arthur Samuel, machine learning gives computers the ability to learn without being explicitly programmed.

To use the dome to analyze body language, the computer must first recognize motions like head and hand gestures. Each minute, the dome generates a half terabyte of data from the cameras and audio feeds. O’Brien and Farooqi’s team are analyzing the visuals of each two two-hour trial, identifying and tagging significant movements. They are feeding this information back to Sheikh in Pittsburgh, who can process the data and “teach” the computer to identify body language movements automatically. As the team generates more data through new trials, the computer will become more precise in identifying body language.

“This is an opportunity to study negotiations at a higher level,” commented O’Brien. Once the machine learning portion of the study is established, the Qatar team can use the data to analyze the behavior of successful negotiators. “If we can understand what behaviors lead to success, we can train business students to be better negotiators.”

A second set of trials is scheduled for the summer semester in Pittsburgh.