Designed In Dubai: UAE Startup YaHalla Wants To Stand Out As An Emirati Tech Brand

You need to spend only a few minutes with Bader Samir Tayeb, the founder and CEO of YaHalla Global Technologies LLC, to see the enthusiasm and excitement he has for his enterprise, which the Emirati entrepreneur hopes and dreams to become the “leading technology company of the region.” As a UAE brand that has already released a smartphone (Alif), a tablet (Alpha), and is now working on bringing out more such gadgets into the market, YaHalla’s uniqueness is what is making it stand out right now, and Tayeb’s determination and passion looks to be what will take the company further forward on the road to success.

Armed with a family business background and experience in the banking sector, Tayeb set up YaHalla to fulfill his own entrepreneurial ambitions (“I always wanted to create something of my own, ever since I was a kid,” he says), and he found himself being spurred ahead in this endeavor by the Smart City vision of H.H. Sheikh Mohammed bin Rashid Al Maktoum, Vice President and Prime Minister of the UAE and Ruler of Dubai.

Inspired by Sheikh Mohammed’s drive to make Dubai and the UAE a leader in terms of technology uptake and application, Tayeb says that he has followed the same principle in crafting and building the gadgets under the YaHalla brand. The specs for the devices speak for themselves- as an example, Tayeb points toward the Alif smartphone’s sleek wood-accented design and its superior battery prowess, and as for the Alpha tablet, its built-in LED projector, which transforms your small screen into, well, a large one, is perhaps its most prominent feature. And the reception to YaHalla’s products has been positive as well, Tayeb says- he showcased his company and its offerings to the world for the first time at GITEX in Dubai last year, and the response he got was very heartening, he claims. “People didn’t expect a smartphone brand to come out of the UAE,” Tayeb says. “So, the reaction was good- it was more than what I expected!”

Right now, Tayeb says he is in talks with both private and government entities in the UAE who are keen on supporting a homegrown brand like YaHalla, while also stepping up the company’s marketing endeavors to make itself better known to potential customers in the UAE, the GCC, and beyond. After all, just in terms of a brand name, YaHalla is essentially catered toward the Arabic-speaking user, for whom the standard “Hello!” greeting when picking up the phone is –you guessed it - “YaHalla!” According to Tayeb, its marketing and branding efforts are key to making YaHalla work as a business - he believes that if marketed correctly, the company’s products’ specs are of such a high grade that it would easily appeal to the tech savvy populace of the UAE and the region.

As for the road ahead, Tayeb says he is going to continue with his efforts to make YaHalla more known in the mobile devices market, while continuing with his research and development efforts on new products to be launched. Tayeb is clear that he wants YaHalla to be the future leader in this space, and while it may be a grand dream given the crowded nature of the market today, Tayeb says that it is still large enough to entertain such possibilities - statistics portal Statista.com predicts that “by 2017, over a third of the world’s population is projected to own a smartphone, an estimated total of almost 2.6 billion smartphone users in the world.” With the future holding such potential, Tayeb feels that YaHalla can indeed tap into this market and from his perspective, he is keen on making sure his products are able to stand up to the best in the market today. For the record, YaHalla’s insistence on adhering to exacting high quality standards for its range of products are indeed getting it noticed- for instance, Tayeb was presented with the Tech Innovation award at the 2016 Enterprise Agility Awards staged by Entrepreneur Middle East. As for what’s next for the brand, Tayeb reveals that besides newer editions of its existing product portfolio, YaHalla also has smartwatches, smart - glasses, drones, and “more” in the offing- he’s keeping his cards close to his chest as to what “more” exactly refers to, but once again, Tayeb’s excitement about the future is easily palpable. And we wish him all the luck for it! 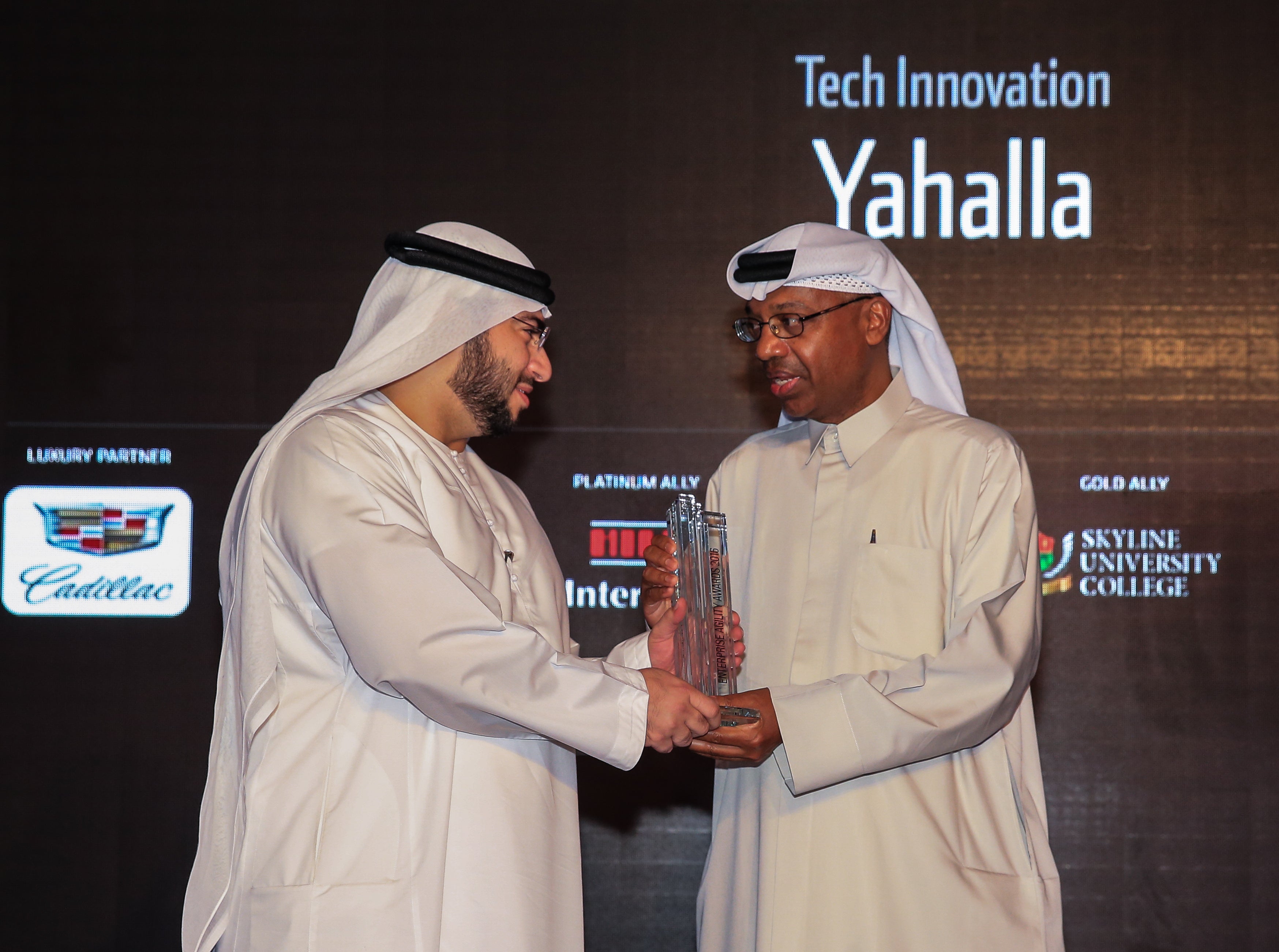 Related: Trends, Analysis, And Predictions For Digital Media in MENA in 2017