Data from a study by Bain & Company indicates that increasing customer retention rates by 5% increases profits by 25%-95% (Harvard Business Review), so essentially, the ideal loyalty reward programs can enhance the customer experience. However, implementing and maintaining loyalty programs can be difficult, as a 2016 report by 3Cinteractive states that 70% of consumers don’t sign up for a loyalty program due to the inconvenience and time required to complete registration. Well, that could change with the offerings of the startup Loyyal, with entrepreneurs Sean Dennis and Gregory Simon taking a stab at creating a solution for loyalty programs using blockchain technology.

For the uninitiated, blockchain is a public ledger network which records and verifies global transactions using ownership and time stamp, within a secure and decentralized network, enabling peer-to-peer transaction. In theory, blockchain can be beneficial for loyalty solutions for starters, from the consumer side, it would provide a better and centralized experience as a blockchain-enabled network would let them access their various loyalty rewards across different companies and industries in one digital wallet, and at the same time, blockchain can enable providers and other parties to function in one system without comprising data, privacy or competitive advantage, and streamline the programs.

Taking advantage of this opportunity is Loyyal, a loyalty platform leveraging blockchain and smart contract technology. The company describes itself as a platform that “introduces interoperability to the currently fragmented industry, multi-branded coalitions, superior program liability management and dynamic issuance/redemption options, customized for each unique relationship.” 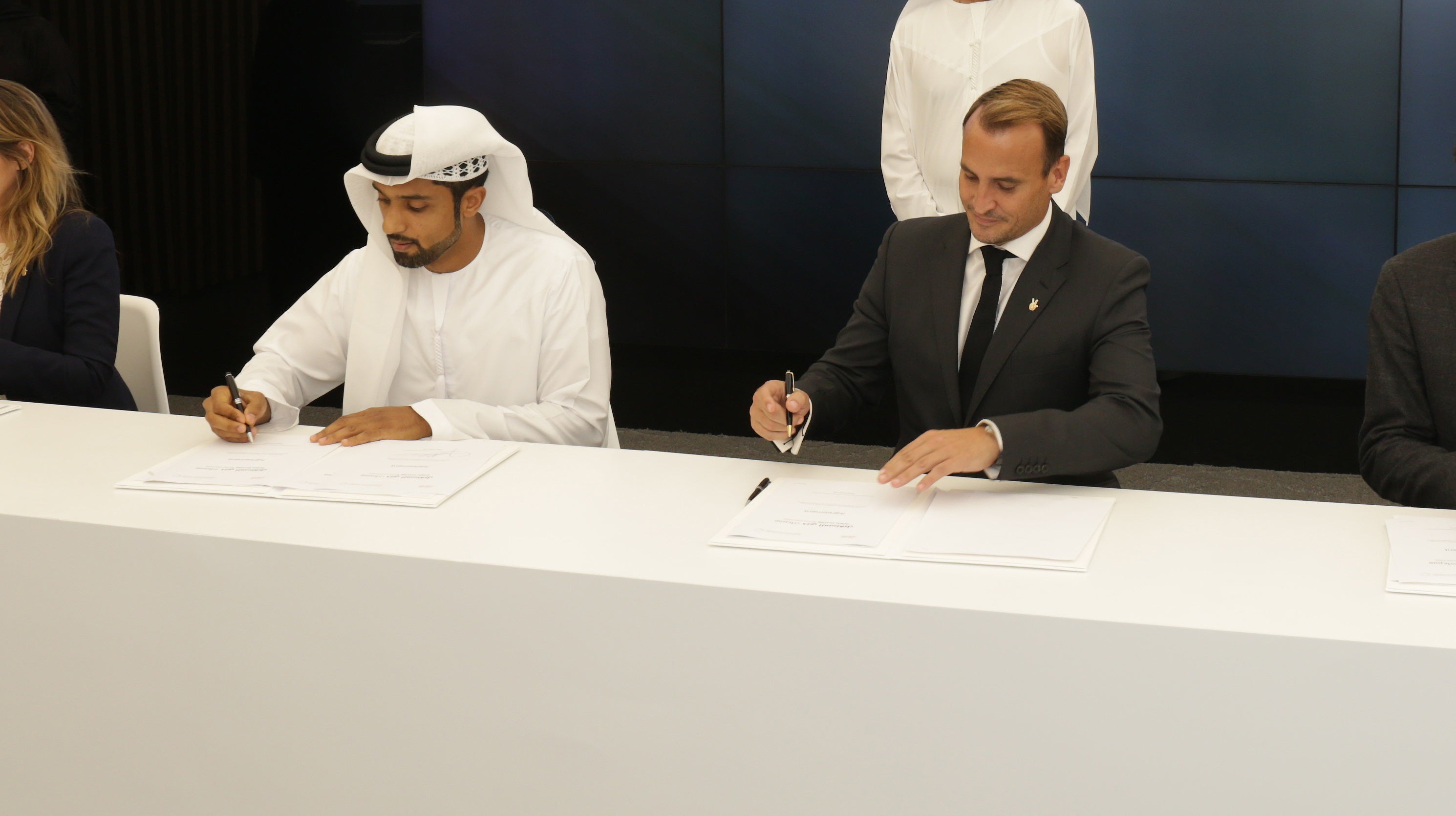 With backgrounds in international business, finance and investment banking, co-founder and CEO Gregory Simon, along with co-founder and Chief of Happiness (yes, that’s the real title!) Sean Dennis, found a shared interest in blockchain and its potential applications in 2014. “I wish I could say we knew exactly what we were going to do in the space right away, and [then] came up with what we have today,” says Dennis. “But the truth is, we have come on a long journey to get here. We wanted to focus on an industry we enjoyed and had a passion about, and we wanted to avoid the pitfalls of industries that have high regulatory barriers, which so many of the blockchain applications have.”

The duo initially launched their startup as Ribbit, a loyalty program offering focused just on the consumer (B2C), but in true startup form, as they progressed, they saw the advantage with pivoting to business to business to consumer (B2B2C). “The benefits of blockchain and smart contracts are, for us from a B2B2C perspective, to enable existing program operators to improve themselves and their offering.”

On their rebranding, Dennis said they wanted the startup’s name to reflect their identity, with the two Y’s in Loyyal signifying a “modern” spin and “the interoperability that we are able to bring with our technology stack by having the two Ys joined.” The co-founders were nervous when pivoting their startup’s focus, but they point out that an advantage of being a startup is having a lot less brand equity as compared to larger companies, adding that the cost of rebranding is low and it can be a chance “to show your target industry and companies that you have established, or change your focus towards them.” 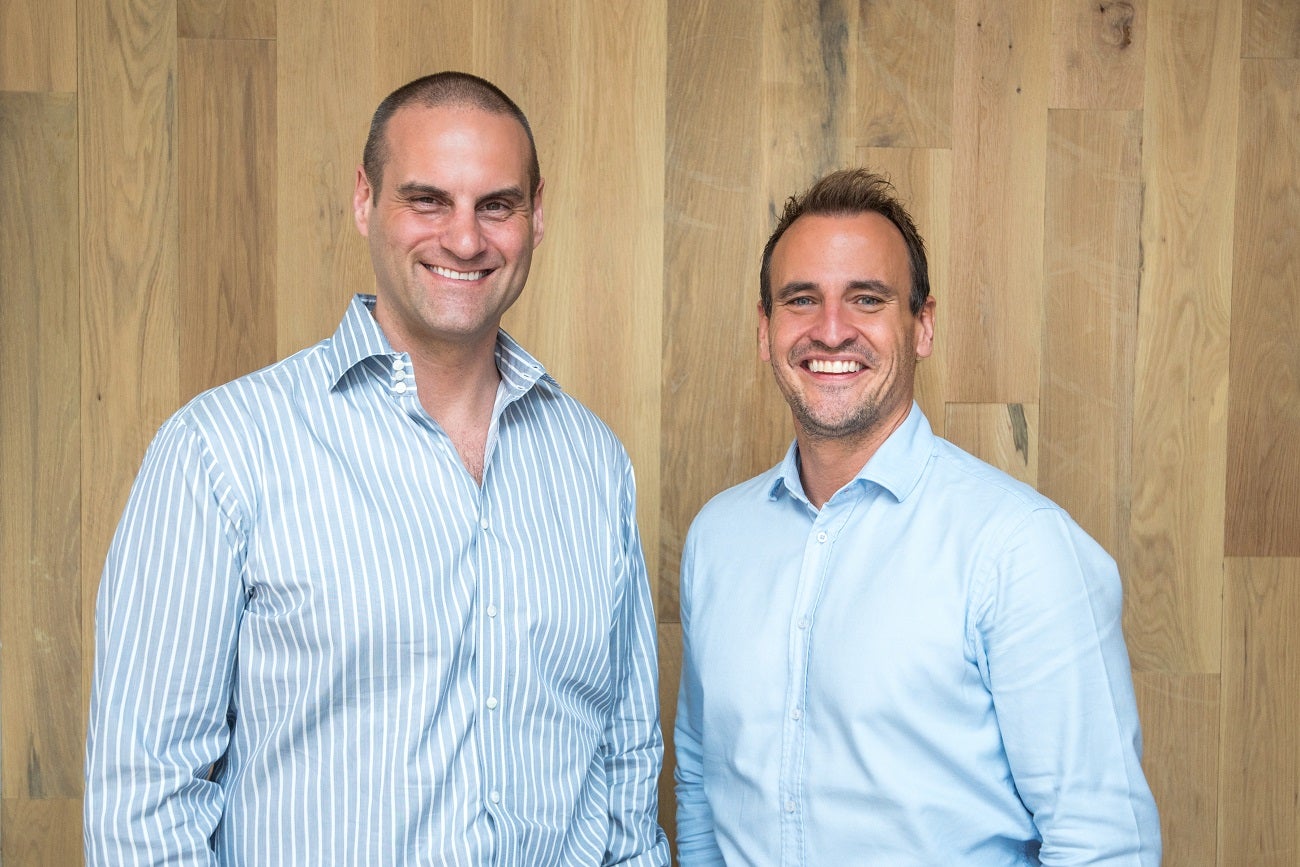 Dennis recalls their early hurdles: “When coming up with a startup, it’s more of a jump first and force yourself to figure it out right away.” Getting people to understand blockchain was a roadblock, and he says it’s all about being persistent with talking to people and explaining your concept. “Everything you think you need, and as prepared as you think you might be- ignore all of that. Everything will happen in the wrong order; everything you thought you were prepared for, you aren’t.”

But those initial obstacles have since panned out- Loyyal, which was started in 2014 as a Delaware based C-Corp headquartered in New York, is currently in Barclays’ Rise fintech office space in New York City, with regional representation in Zurich and London, and is also in the process of setting up MENA operations in Dubai, following the interest showcased by the region. This level of interest was brought on with their involvement as a Dubai Future Accelerators (DFA) participant- last August, the startup joined as one of the first batch of startups from DFA’s program to be allocated with over AED120 million and project collaborations with different UAE government entities.

Loyyal was pegged to work with Dubai Holding, and Dennis speaks highly of the experience. “It was a fantastic experience from start to finish,” says Dennis. “The support of the staff and direct access that were given to key members and bodies within the government was out of this world. We were working with Dubai Holding umbrella for them to provide a loyalty solution, and to help them ‘realize undiscovered relationship,’ as we like to call it, between the various verticals they have, namely Jumeirah and TECOM.” Dennis also says that what makes DFA noteworthy is its intent of incubating startups that would support government initiatives.

With the team’s ties with the region -Dennis grew up in Dubai and has family in UAE- and traction in MENA, following DFA and consequent work with Dubai Holding, Dennis states that it has “positioned us strongly to become a major blockchain resource for the region,” adding that the startup now has a global network and has ignited them to expand to other markets including Asia, South America and Europe.

As a separate business line and to further demonstrate their platform’s capabilities, Loyyal has also launched Dubai Points, a program bringing together government bodies and private sector companies, to enhance a tourist’s experience by enabling points that can be earned and redeemed at partnered locations based on the user’s preferences. The concept proved to be quite popular- in fact, it has gained interest in the Norway market. ACN Newswire states that, AiSpot, a company that received grants from the Norwegian government, has selected Loyyal to increase tourism through promotion of its spots and activities, and provide businesses with a means to incentivize tourists.

The startup is also included in IBM’s Hyperledger project, an open source global collaborative effort of companies working towards advancing blockchain technology across various industries. As part of IBM’s ecosystem, Loyyal has global access to advancements in the space, and Dennis says that a definite advantage of their association with the tech giant is that their customers feel more assured with the startup’s intent to stay in the field, and can bring a global partner on board, if required. Did they have any reluctance working with established companies as a startup? Dennis says not at all, since their business models calls for it.

And for startups considering the advantages and drawbacks of working with large enterprises, Dennis advises: “Industry giants and established companies move slower than startups. It can be an expensive process and a steep learning curve adapting to their way of doing business and formalities that must be abided by. This is an essential part of survival, and must be dealt with correctly, if one is to thrive. Don’t take no for an answer and push. If you have an incredible product, then it is your duty to make sure it succeeds.”

As for the nitty-gritty details, Loyyal was funded with a combination of the co-founders’ funds, angel investors and VC, and most recently gaining a “substantial amount” from the GCC, led by Hayaat Group in its seed round. The startup aims to be the network orchestrator for the loyalty, rewards and behavior incentivization industry, and is currently targeting travel, hotels, banks and financial services companies, healthcare, government, large-scale retail companies and e-commerce to use the platform. At the same time, Dennis is quick to reiterate that they see themselves as the purveyors of the “internet of loyalty,” and their goal is to have every existing loyalty operator on Loyyal.

Dennis asserts the market’s need for Loyyal, stating the stagnant state of the loyalty industry: “[Most] loyalty program operators work individually within existing technology constraints to match the needs of its consumers and the demands of doing business in today’s digital age,” he says, stating that Loyyal’s tools could take these limitations forward.

That’s not to dismiss the progress in blockchain tech though- Dennis notes that he feels that last year, it was about laying the groundwork through testing and educating entities on the tech’s capabilities, whereas 2017 is the year wherein it can be implemented. He continues, “I think, particularly in our industry, we will see major understanding and acceptance of the technology and some very big names associating with Loyyal."

It’s a sentiment that speaks of the startup’s passion for the nascent, albeit exciting space. “You will see a lot of Loyyal in Dubai and GCC region,” says Dennis, sharing that part of their short-term goals includes geographic coverage and increased network of clients on Loyyal, and in the long run, they want to scale to global network coverageand “become the truly global internet of loyalty.”

TIPS FOR STARTING A BUSINESS IN THE MENA REGION

“Never take no for an answer! And even when you get a yes, follow up, follow up, follow up- yes means nothing unless it actually gets actioned. Relationships [are] incredibly important in MENA, more so than anywhere else I have ever been. Enjoy the ride, it will be the best experience of your life.”

ADVICE TO STARTUPS LOOKING FOR FUNDING AND PARTNERSHIPS

“Don’t ever stop! If you think you’ve done enough or talked to enough people, or if you got lucky a few times, you haven’t done enough. The best advice I can give is this: to you, this startup or your idea is your life. You live and breathe it and there is nothing else. To the person you are pitching, whether it is an investor, partner [or] client, they have a hundred other things going on in the day, week or lives, you might have the wrong person in an organization, be catching them on a bad day, or you might not mesh on a personal level…so much can go wrong, so it is important to just keep going and going and going.

A point worth noting when it comes to large companies is that you are asking the person to take a risk on you, to change the way things are done, to put their job on the line potentially, because let’s face it, startups don’t all make it. That is a huge ask for someone who has job security and probably doesn’t need to rock the boat- just because you are and your life depends on it.”

ON PIVOTING YOUR STARTUP’S CONCEPT

“A lot of startup guys use the quote “pivot every day,” and to a certain extent, I believe that to be true. We are startups and we are here for a reason- to meet a need not being met, to disrupt an industry, open up new business lines or any one of a long list of ground breaking reasons- what use are we if we don’t respond to market needs or changing market conditions? Our advantage over the established players is that we can pivot, and we are adaptable and can react instantly, so it is our responsibility to do that in order to survive.”

ON LESSONS LEARNT FRO M BEING AN ENTREPRENEUR

“You will be challenged more than you ever have been in your life. Self-belief is enormously important. It sounds ridiculous but Greg and I always joke- you have to be stupid enough to think you can do it to start, and then you have to have too much self-belief to realize that [when] you can’t, never give up!”