A New Wave To Catch: Workplace Arrangements In The MENA In 2018

By Suhail Al-Masri February 21, 2018
Opinions expressed by Entrepreneur contributors are their own.
You're reading Entrepreneur Middle East, an international franchise of Entrepreneur Media.

It is a staple of this time of the year to talk about new trends, future resolutions, and big changes. However, preferred work arrangements require near constant observation and care. Unhappy and unmotivated employees are less likely to be loyal to their workplace and seek alternative employment. Seeing as loyalty and retention comes at a price, this is one of the most elementary reasons for continually assuring that you, as an employer, are doing your best to provide for your employees.

In the past decade, increased technological penetration and the advent of social media has hugely altered various aspects of our daily lives. This has caused the lifestyles and priorities of professionals to evolve both globally and in the Middle East and North Africa (MENA) region, and, in turn, has morphed the professional landscape as well. In current times, instant connectivity, gratification and action is not only possible, but expected. Seeing as companies are always on the lookout for the best new practices for attracting and retaining top talent, it is only natural that, when new regional preferences become apparent, reassessment and adaptation are taking place.

However, it is difficult to pin down the collective thoughts of millions of professionals across a vast and culturally diverse region. Additionally, while communication is a highly valued aspect of every workplace, it might be difficult for employees to reach out and demand provisions that are still somewhat unconventional from their employers, such as remote work options. For such reasons, many companies struggle to pinpoint the most effective workplace arrangements for their employees and could risk being left behind as the rest of the market gets swept up in a storm of trends. So, what should companies be wary of as they investigate their success at keeping existing employees satisfied and potential employees interested?

When discussing the key drivers of attracting top talent, maintaining employee engagement and morale, and increasing employee loyalty, there are many factors that come into play. These factors are vital because they assist in developing the best practices and strategies to secure top talent, drive employee engagement and ensure that every employee is motivated enough to contribute positively to the company. This is especially crucial for startups that are yet to formulate their employer brand and fully define what their workplace and culture are all about. In order to identify the priorities of professionals in the Middle East, a recent poll conducted by Bayt.com entitled Preferred Work Arrangements in the MENA, December 2017, revealed that the foremost priority in selecting job opportunities is salary and compensation, as cited by 41% of respondents.

This is unsurprising as salary is a factor universally acknowledged to attract talent and drive motivation. In fact, the poll further revealed that nearly 9 in 10 respondents claimed that they would be willing to work beyond their prescribed work hours and responsibilities in return for appropriate compensation. Additionally, when asked if they were willing to travel for work, 82.8% of respondents stated they would do so as long as they were compensated for it. As such, it is evident that compensation continues to be a remarkable motivator when it comes to employee motivation and engagement. It is also worth noting that 74.6% of professionals would consider relocating for employment, compared to less than a fifth (17.4%) who claim that their willingness to relocate is dependent on the country, while only 6.2% of professionals are entirely unwilling to relocate for work. 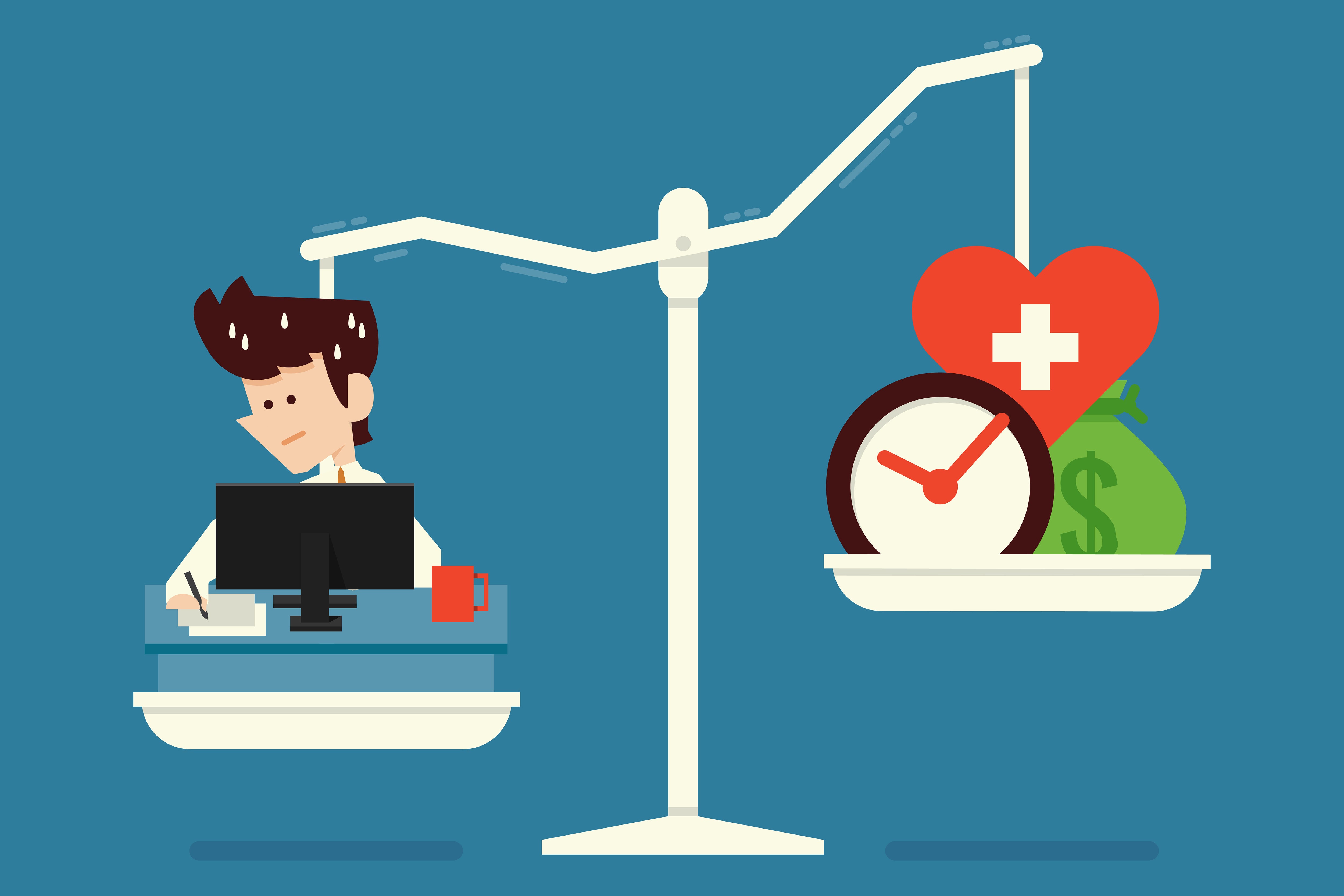 Besides monetary incentives, there are other factors that were arguably taken for granted in the past and have recently emerged with greater significance in the workplace. At a cursory glance, details such as a preference for larger or smaller companies, full-time or part-time work and professional benefits or caveats may appear to boil down to individual preference and, as such, may sometimes exist outside the control of companies seeking to attract top talent. Nonetheless, one of the key findings of the Bayt.com poll, Preferred Work Arrangements in the MENA, was that a staggering majority of 74.2% of job seekers would prefer working for a "large or multinational" company rather than a "small or medium-sized" company or a startup (11.2%).

While this assertion may seem like bad news for smaller companies and startups, it must be remembered that preferences for work arrangements reflect the ever-evolving priorities of employable adults in any given region. Generally speaking, large or multinational companies are seen as being more established, stable and secure, and as being equipped with the right revenue to ensure the fulfilment of their employees' desires for work arrangements. However, size is only a surface issue and employers of smaller or mediumsized companies as well as startup businesses can circumvent this road block by emphasizing their ability to provide the highly sought-after job security and by incentivizing hiring with non-monetary benefits and compensation.

A major incentive when choosing job opportunities is the provision of stability and job security. When looking at preferences in the nature of work, the results revealed 9 in 10 respondents mostly want to have fulltime work instead of part-time (1.9%) or freelance (1.9%) work. A trend of preferring low-risk arrangements with higher chances of job stability is apparent from the aforementioned data. This is further evidenced by the reasons given for preferring full-time work with nearly half (48.3%) of respondents citing "job security" as the primary advantage of full-time work. This was followed by "better career growth prospects" cited by 26.6% of respondents, "stable source of income" (15.7%) and, finally, "greater ease in communicating and completing work" (9.4%). In addition, career growth has been proven to be of incredible necessity to MENA professionals in general.

In the Bayt.com poll, On-the-Job Training in the Middle East and North Africa, October 2017, the findings revealed that a majority (85%) of professionals would leave their current jobs for better training and career development opportunities elsewhere. This sentiment is echoed once more in the Bayt.com Preferred Work Arrangements in the MENA Poll, wherein career growth and training emerged as the second-most valued attribute when looking at job opportunities at 23%, right after salary. With this statistic in mind, the provision of career growth opportunities by employers, irrespective of the company's size, is an imperative incentive of attracting and retaining top talent. 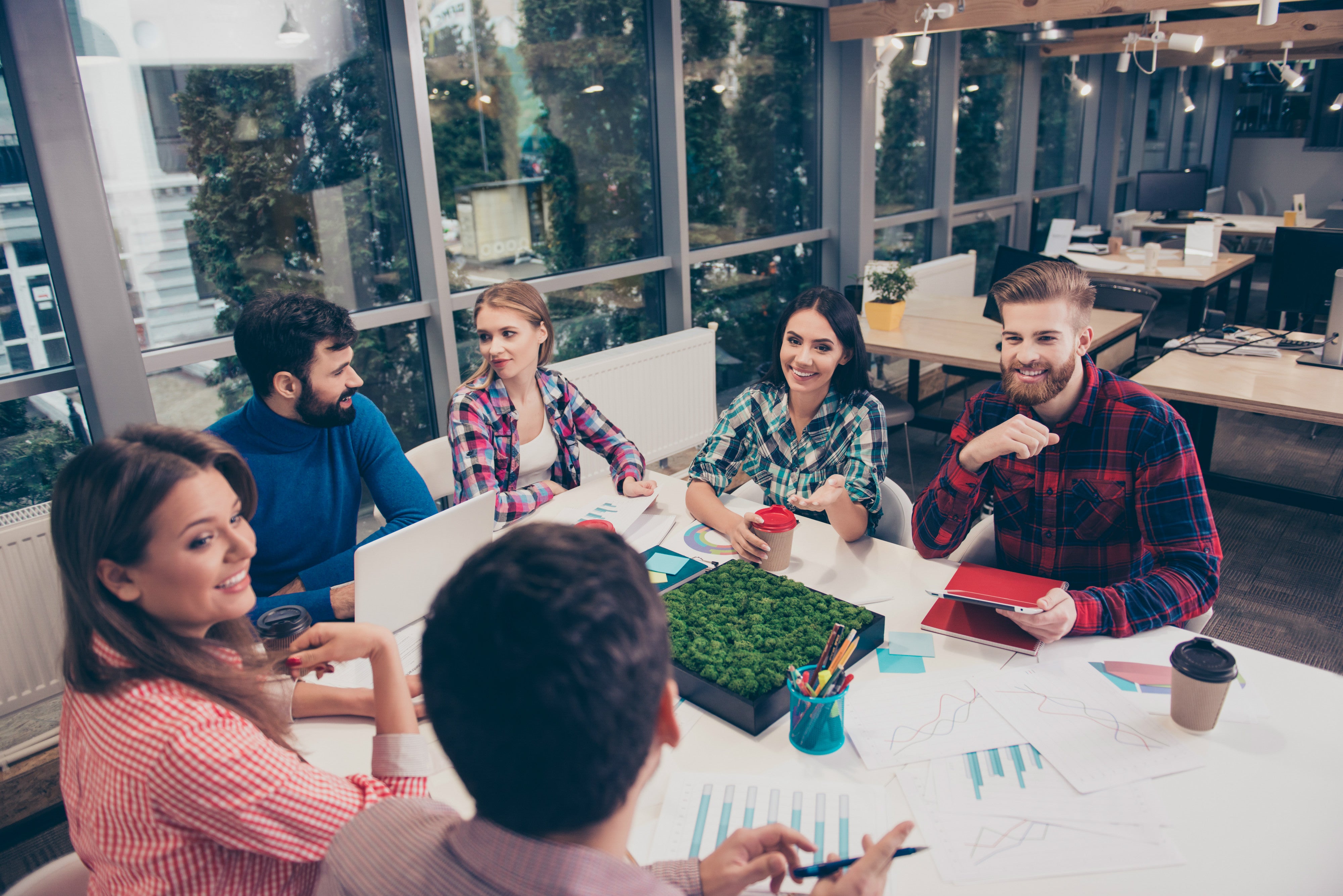 While it is clear that the majority of professionals in the MENA region prefer full-time work, they are still seeking a degree of flexibility when it comes to their preferred work arrangements. The results revealed that more than 8 in 10 MENA professionals would prefer to work for a company that provides "flexible hours." Further cementing the observed trend of desiring flexibility in work, 79% of respondents stated that they would prefer working for a company with "remote work' options.

Remote work is definitely a prevalent trend and one of the key characteristics of the rapidly morphing 21st century work environment. It has been observed over the past few years that the days of rigid, nine-to-five, cubicle-constricted office work are becoming increasingly antiquated and that flexibility of hours and work options is becoming more prevalent. This is also indicative of another current trend, which is that in place of creating a work-life balance, a concept which hinges on a healthy separation of the professional and personal aspects of an individual's life, more and more individuals are seeking worklife integration. That is, a new concept describing the intertwinement of work and life, something that is projected to be the future of the working world. This shift from working at home being seen as unusual to being something desirable tells of the modern day MENA professional's desire for flexibility, independence and autonomy. When asked of the advantages of freelance work, two-thirds of respondents cited "flexible hours" as the main benefit, followed by "more independence and control over work" (16.5%), the ability to "explore more career options," (14.2%) and "more control over income" (2.5%).

A new balance: fixed and flexible

The perceived perks of freelance work and the observed trend of desiring flexibility are contrasted by the vast majority (84.4%) of professionals preferring to have an employment contract with a specified duration when seeking new employment. Additionally, when asked what type of working environment they desire, nearly two-thirds (64.9%) of respondents reported that they prefer working indoors at a desk, while only 14.5% claimed to prefer working outdoors at different sites. The remaining fifth (20.6%) cited no preference on where they work. What we can posit from this data is that while flexibility is becoming increasingly significant at a rapid rate, professionals in the MENA region seem to desire the stability of a full-time job with a fixedduration contract balanced with the independence and freedom of flexible hours, room for growth and remote work options. It would appear, then, that a worthwhile practice for employers in the region to consider is introducing the balance between the flexible and fixed in their own companies in order to drive employee morale and increase happiness and productivity in the workplace.

Bear in mind that the conversation about how the workplace will need to evolve to make way for present and future needs is already happening all across the working world, and if it hasn't happened in your organization yet, then it probably will very soon. It is very likely that companies that do not get on the bandwagon of offering flexible hours and remote work options will get left behind and lose out on great candidates seeing as the majority of professionals hold flexibility in high regard.

On a final note, data on the preferences and priorities of employable adults can and should be armed by organizations seeking to increase their attractiveness to potential employees and drive employee loyalty. Many companies have already taken steps to break from the rigid constraints of the traditional workplace, opting for web conferences that do not require physical presence to participate, remote work options such as working from home some days of the week, or flexible hours instead of the draining nine-to-five routine. There is no reason to stop there, either. Technology and connectivity has made it so that there are dozens of new ways to perform old, routine tasks much more effectively. By getting creative with the facts and finding a middle ground that suits everyone, the workplace can become tenfold more productive and efficient.

Related: Out-Of-Office: Why A 'Work Anywhere' Culture Can Benefit Your Business