This Entrepreneur Almost Quit Multiple Times, But After Appearing on 'Shark Tank' He Now Has a $100 Million Business

Joel Clark struggled to get his pancake business off the ground, but after years of strained efforts, it's seen huge growth.

Joel Clark says he was excited when, in 1997, his brother offered him the chance to take over Kodiak Cakes, the business he founded based on their mother's pancake recipe.

"Going into entrepreneurship when you're young sounds really fun," says Clark, who was 23 at the time.

But after years of slow growth and uncertainty about whether running Kodiak could actually be a full-time time job, the harsh realities of entrepreneurship started sinking in.

"It becomes about survival and trying to make something happen," says Clark, who worked in healthcare consulting and went to graduate school while building the company.

Not only did Kodiak Cakes survive, it's on track to do $100 million of business this year. Two major moves helped Clark push the business forward: In 2009, he hired Cameron Smith as COO, whom Clark says has become like a co-founder. Five years after that, the pair appeared on Shark Tank and rejected an offer from the investors. Still, the appearance paid off significantly. 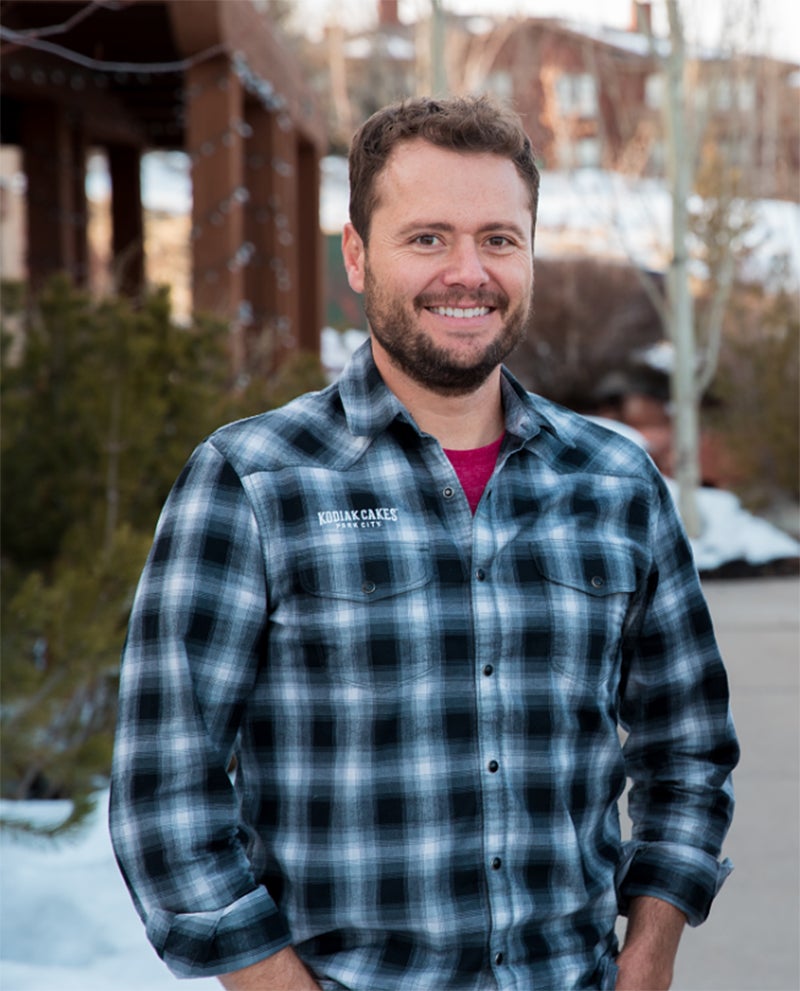 "It spiked our sales like crazy at Target," Clark says. "That became a huge inflection point for the brand itself."

The brand, which for years was a one SKU company, now offers multiple lines, including a popular protein pancake. Kodiak Cakes can be found in about 11,500 stores, including Target, Costco, Kroger and Amazon.

We spoke to Clark about his struggles in the early years, appearing on Shark Tank and how passion can take you far.

Can you tell us more about the origins of the company?

Kodiak Cakes was my mom's idea, and she always thought there was a need for more healthier items. When I was 8 years old she packed homemade pancake mixes in these lunch sacks and then she handwrote how to make them on the bags. I went around the neighborhood and sold these out of my red wagon. The original product is hardly changed. When I took it over, it had $29,000 in revenue. I did it by myself on the side for several years.

How did you land your first big distribution deal and what can customers learn from that experience?

Before we landed Safeway, the business was really small. We probably had about 250 to 300 stores. I remember thinking the only way I'm ever going to do this thing full time was to land one big account. That's why I started going after Safeway, because at the time, there was one buyer for 1,200 stores.

I sent samples, and she gave me the runaround. I probably worked on that for two years. She finally took a hard look at Kodiak cakes and she brought it in. Persistence became the theme of Kodiak Cakes over the last 20 years, along with not giving up.

Related: Why Walking Away From Offers on 'Shark Tank' Was a Great Decision for These 3 Entrepreneurs

Were all your efforts at that point focused on Safeway?

I had a list of five to 10 decent sized chains that I was working on, but because I knew I didn't have a lot of time, I couldn't be spread too thin. A lot of national food companies start in the natural channel -- you're going after mom-and-pop shops. I remember thinking, I don't have time to do that. I made an assumption that this product would do well in the mainstream channel, so out of necessity I went that way, and it worked.

How did the business end up on Shark Tank?

The year before we aired on Shark Tank, we had done about $2.5 million in revenue. So we were still small, but we were starting to build a pretty good distribution base and had gotten into Target stores. We needed a publicity bump, but didn’t have the money for traditional advertising. One day Cameron (the COO) comes to me and says, why don't we go on Shark Tank? He sends an email to Shark Tank in January 2013. I forgot about it, and then two months later, he gets a call from one of the producers.

Would you recommend that as an avenue for other companies who are seeking growth?

I totally would. The exposure we got was incredible for the business. Also, going through the process was huge for us. Cameron and I spent so much time preparing for the show. We'd role play, question after question. All that was great prep for us and formulating a longer term strategy. 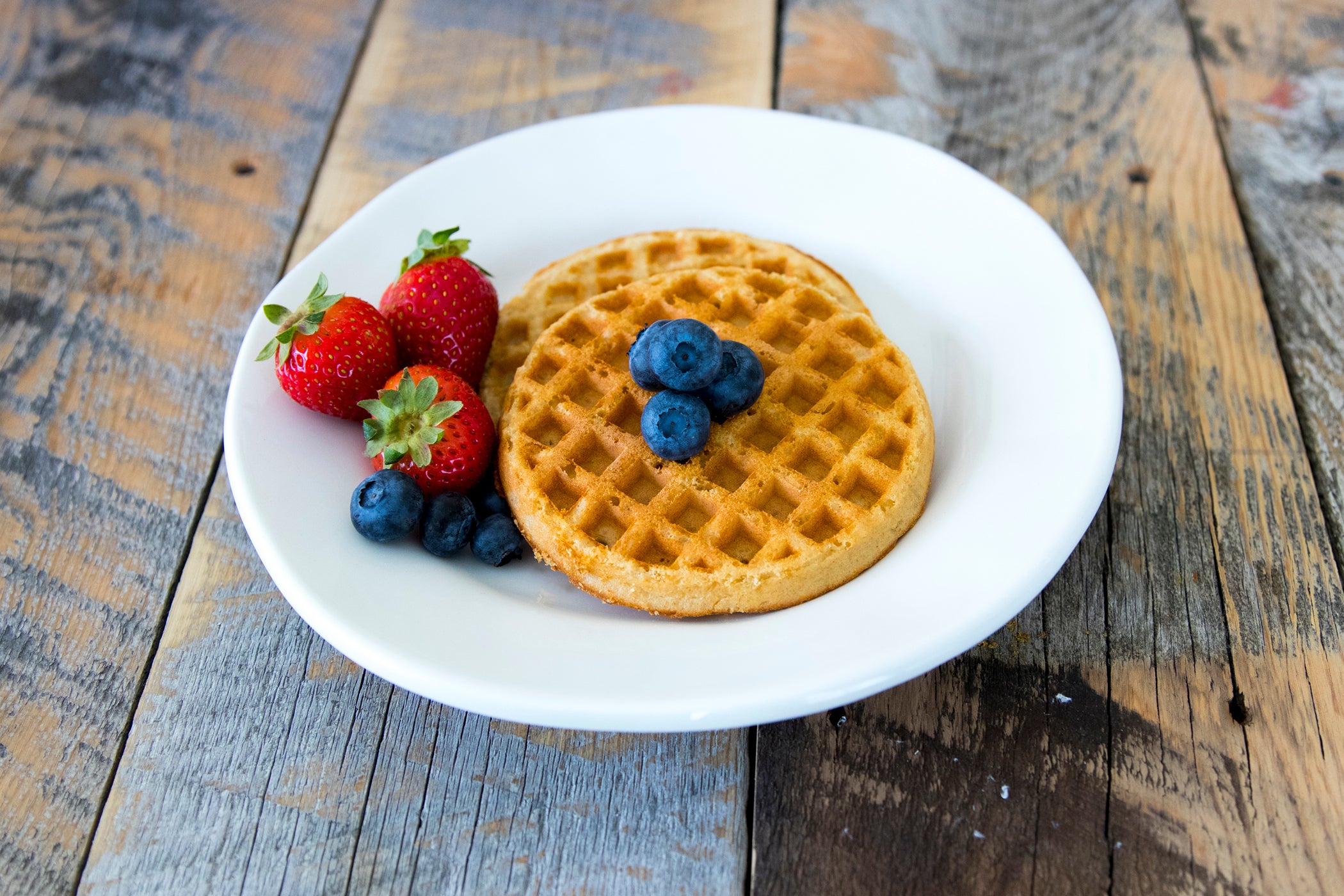 What has been the biggest challenge for Kodiak and how were you able to overcome it?

One of the biggest challenges that we faced was slow growth and no capital. I had to figure out how to stick it out and how to bootstrap for a long time. You get tired. I would set myself these six-month goals and say to myself, I've got to move on if I can't make this thing happen.

So many times I almost quit. I started to have kids, and it's like, I've got to make this happen; I've got to earn more money. The realities of life start setting in, and the dreams of all the cool things you think about entrepreneurship start to go away. It took a while, but I would see light and progress -- barely enough to stay in.

What's the most unusual thing about working in the food space?

Right now is a crazy, cool time to be in this space, and it's because the pace of change in the last few years has been unbelievable. When I first started, the food world was kind of stagnant -- slow to change. Millennials are moving away from big established brands and trusting small brands more. It feels like tech in a lot of ways, because you've got to innovate quickly. There are a lot of food startups coming up with unique different products.

Related: Why This Entrepreneur Jumped Into Making Olive Oil, Despite Knowing It Would Take Years to Get off the Ground

Can you tell me something interesting about yourself that you think helped you launch and grow the business?

I always wanted to be an entrepreneur; it was in my blood. My dad drove it in my mind: If I wanted something, I had to get it. When I was growing up, I mowed lawns, shoveled driveways and washed windows.

I was able to get to this point because I had enough passion. In graduate school I argued on this final exam that passion was a legitimate reason for going into a business. I failed that exam. The professor said passion is subjective. You have to have passion: That's going to be the only thing that gets you through all the obstacles that are piled up against you. If you're not passionate enough, you're not going to make it.