Frida Polli, the CEO and co-founder of pymetrics, uses technology to take bias out of the recruiting process.
Next Article Add to Queue

When you’re looking for a job, you're thinking about the future of your career. So why are you applying for new roles just based on a list of things you did in the past? Five years ago, that was question that Frida Polli couldn’t get out of her head.

Polli was working toward an MBA at Harvard after she spent a decade as a cognitive neuroscientist. But thrust into the world of recruiting as she and her classmates were on the hunt for their post–business school gig, she was struck by how outdated the process seemed.

So she started pymetrics, a platform that would marry her interests in neuroscience and artificial intelligence to help job seekers find the roles they are best suited for and help employers take bias out of the equation. Prospective candidates go through a series of computer activities that help figure out their cognitive and emotional personality traits and styles, and then companies look at that data, rather than just a resume, to make a determination about whom to hire.

Part of what spurred her on was the fact that her background didn’t look a lot like the standard MBA student's or typical tech CEO's. A hoodie-wearing college dropout Polli was not. When she got to Harvard, she was a 38-year-old single mother coming from a completely different industry.

When she was launching the business, she learned quickly that the only way she would succeed on her own terms was to bring her whole self to the table.

Related: The First Black Woman to Own and Run a Billion-Dollar Company Says That Trusting Yourself Is Key to Success

“When I didn't [have a] babysitter, I would have to bring my daughter to investor meetings or events,” Polli says. “I could have just been sheepish [about it]. But I'll never forget bringing my daughter, and [saying], ‘Yep, here's my co-founder.’ She was 10 at the time, obviously not my co-founder. I just owned it, and didn't say sorry.”

Polli says that she didn’t want to be limited by the perceptions of her past, and she figured many people felt similarly.

“I had a lot of self-doubt around if I could do this,” Polli tells Entrepreneur about deciding to start the company. “I definitely feel like it was just a question of deciding this is something I was passionate about, and wanting to follow my passion rather than what my resume said I should do.”

In the six years pymetrics has been in business, it has grown to a team of 78 employees, raised $16 million and has offices in New York, London and Singapore. The company serves more than 60 employer clients including Accenture, LinkedIn, Tesla and Unilever, and more than one million job candidates in 68 countries have used pymetrics to find new opportunities.

“We've essentially created a system which is audited to be lacking in any gender or ethnic bias. Women and people of color are much more fairly represented in the process. And then another type of diversity that we really don't talk about a lot is socioeconomic diversity,” Polli explains. “If you don't use a resume, you stop going to your eight core schools that you recruit at. Now you're going to 2,500 schools across the U.S.… It's creating a blind audition process where everybody has the same chance.”

Polli shared her insights about the importance of listening to move things forward.

How do you deal with setbacks?

Setbacks usually [happen when people say] what you're doing isn't important or it doesn't have value. You [say] that's not true, this is valuable. Reconnect with the other people that can encourage you to [remember why it’s important], whether it's your colleagues that are also bought into the mission or whether it's people that you're helping with the product you're building. Those elements will help you overcome whatever the setback is.

Was there a blind spot you had about leadership that you had to change within yourself?

One that has become more apparent to me, which is very counterintuitive, was do less and listen more. Especially in the early days of the company, you literally have to do everything. As the company grows, your job becomes to listen. It's a communication job more than it is that you have to do every single thing. And sometimes I do still fall back into that, I can give off the perception that I'm not listening, and it can be off-putting. It's so counterintuitive, because you always think of a CEO as being the person that's driving the business.

So to step back and say, "I'm actually going to spend time talking to people and listening to them and hearing what they have to have to say," it was a change for me. Rather than just thinking I had to do it all myself, it was actually creating a lot more opportunities for not only a happier work environment but also greater productivity.

What is your advice for being your own best advocate?

I used to struggle with this. You undersell what it is that you're doing and you try to be more measured. You try to be realistic, but at the end of the day people are looking for the big, inspiring, world-changing technology or company. If you truly believe that about what you're doing, you have to really project that. Whether it was being a neuroscientist or being a woman or some combination of the two, I had a hard time doing that.

Saying "I'm going to change the world" is not something most scientists are trained to do. But that's what being entrepreneur is all about. It's seeing a big problem in the world and wanting to put all of your energy and muscle behind trying to fix it and make it better. 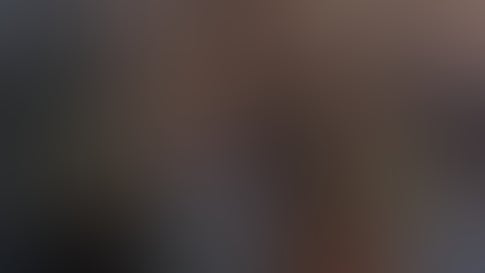 Jessica Abo sits down with Dyllan McGee to discuss her new documentary and tips to get out of a creative funk.
Jessica Abo | 1 min read

Learning to be a networking go-getter is easy if you follow this advice from a networking pro.
Kanika Tolver | 9 min read

Entrepreneur members get access to exclusive offers, events and more.
Open Every Door

She Wouldn't Let a Year of No's From Investors Slow Her Down. Today Her Company Has Raised $95 Million and Serves 4 Million Customers Across the Country.

WNBA President Lisa Borders Shares Why She Believes 'Failure Is Not Fatal, It's Feedback'

Use These Strategies to Carve a Path to Your Dream Job

After She Trusted Her Instincts and Pursued a Different Strategy, She Became CEO of Vimeo