While total investment in fintech companies worldwide in H1 2018 hit US$57.9 billion across 875 deals, the $2 billion fintech market in the MENA region has only seen $150 million in investments in the last couple of years.

By Mirna Sleiman October 29, 2018
Opinions expressed by Entrepreneur contributors are their own.
You're reading Entrepreneur Middle East, an international franchise of Entrepreneur Media.

Fintech startups offer innovative and alternative finance solutions to customers all over the world, building new pathways to successful business models. This, however, is now considered a threat to the traditional banking system, and has left regulators in limbo as they struggle to find the right balance between risk management and innovation. The gap between banks and startups is now much wider, creating hunger for a new breed of talent who have struck the right balance between being tech savvy and business sophisticated.

The financial sector in the Middle East is not immune to this digital disruption. Research shows that fintech firms are now penetrating every segment in the region’s financial services sector, driving innovation, transformation and disruption. This rise is being driven by the high percentage of the population that is unbanked, low SME lending levels, a growing e-commerce sector, and an increased customer appetite for digital services (Wamda, 2016). While total investment in fintech companies worldwide in H1 2018 hit US$57.9 billion across 875 deals (KPMG, 2018), the $2 billion fintech market in the MENA region has only seen $150 million in investments in the last couple of years. Additionally, around 250 fintech startups are expected to be launched by 2020. While the region is at least five years behind global markets, and is now trying to catch up, we all have a significant role to play towards this goal.

In line with this, we launched Fintech Galaxy, the MENA region’s only digital crowdsourcing platform that empowers fintech entrepreneurs and connects them with financial institutions, consultants, tech companies, mentors and investors both regionally and globally. It was founded in the United Arab Emirates in 2017, a time when the global financial services industry was being transformed, driven by growing customer expectations for convenience and personalization, an increase in access to venture capital, lower barriers to entry, and the accelerating technological evolution. 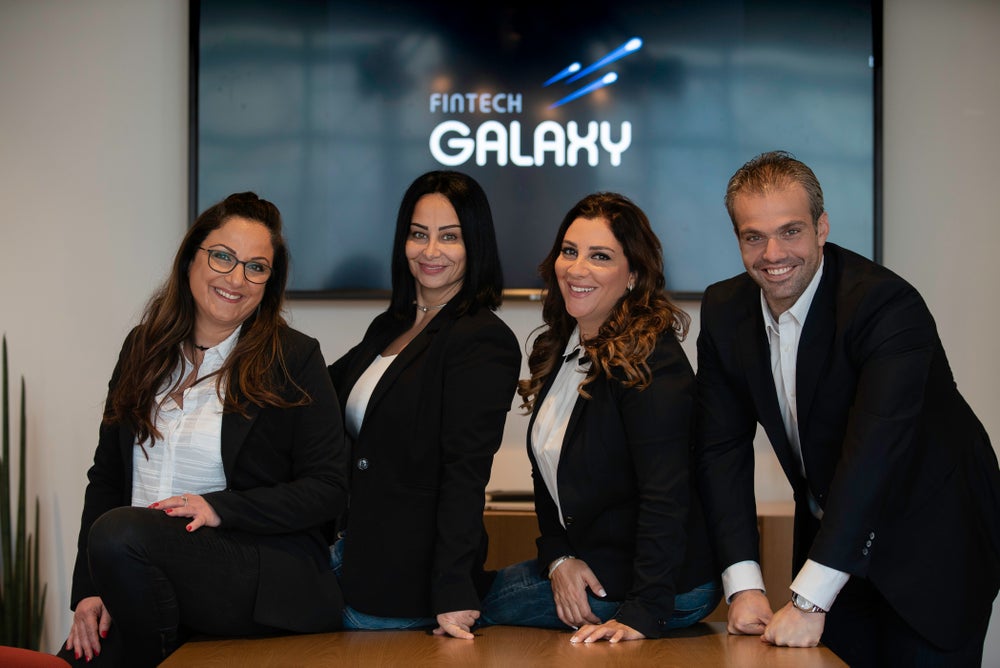 Fintech has evolved from startups that want to take on and beat incumbents, to a broader ecosystem of different businesses looking for partnerships. Fintech startups don’t just need capital, they need customers. At the same time, incumbents need new approaches to driving change and delivering innovation. While fintech firms enjoy a certain level of agility, a laser focus on customer experience and legacy-free systems, traditional institutions bring the infrastructure, scale, customer trust and ability to deal with regulations. This has helped the relationship morph from competition to collaboration.

In line with that, Fintech Galaxy works as an open innovation marketplace for organizations to post their innovation challenges, inviting a global network of startups to take a crack at solving them. The company advises startups on fundraising, operational growth and business development. The platform also brings to the market a virtual marketplace of on-demand fintech experts in areas like blockchain, artificial intelligence, mobile payments, robotics and data science.

Fintech Galaxy is built around: 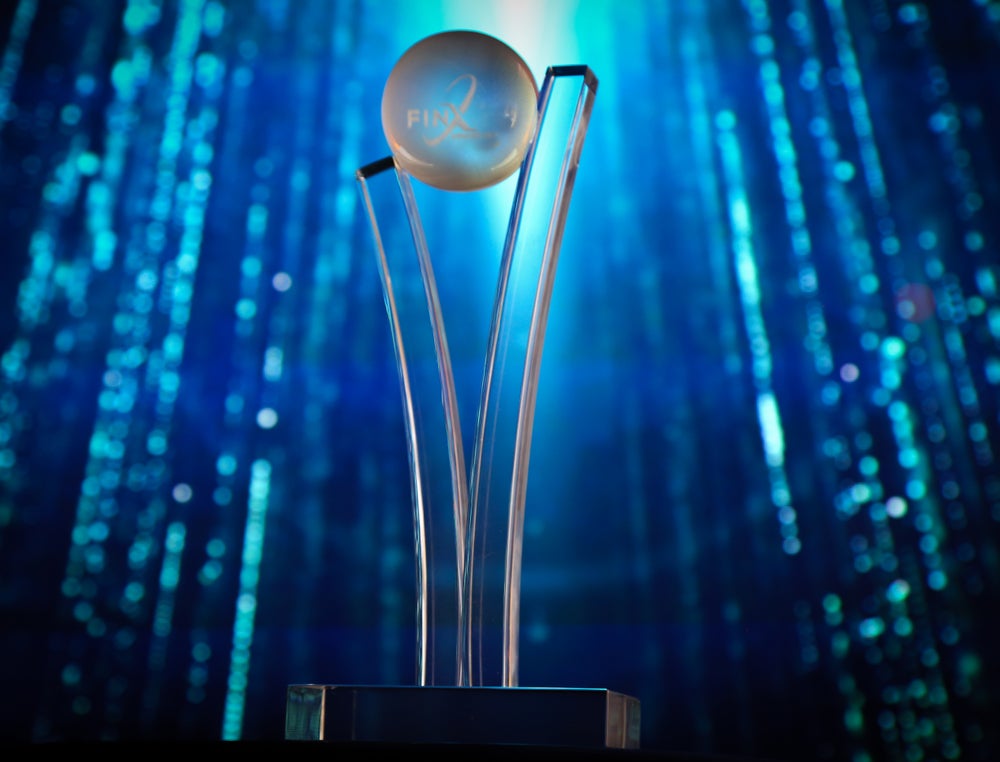 With FinX 2018 approaching, an exclusive event to be held in Dubai on October 31 that is aimed at recognizing excellence in the MENA fintech industry, we wanted to delve into the question that is undoubtedly on everyone’s mind: What could potentially drive growth in a trend that is considered relatively new, but is disrupting a traditional sector such as finance?

1. Government initiatives  For one, government support plays a major role in creating the ideal environment for fintech to thrive. In 2017, Dubai launched “Fintech Hive” in the DIFC, which acts as an accelerator platform giving startups the opportunity to test, develop and adapt their solutions before going to market. Abu Dhabi Global Market (ADGM), another major financial center, has been actively onboarding startups into its Reglab, and issuing new regulations for both fintech and traditional institutions.

In a similar vein, Bahrain formed what is known as “Bahrain FinTech Bay”, spanning 10,000 square feet of co-working spaces, workstations and more to help fledgling companies get their operations off the ground. Only recently, the Capital Market Authority of Saudi Arabia, the country’s securities regulator awarded two Riyadh-based fintech startups, which is a promising sign for the future of financial technology in the Kingdom as it looks to shift away from its dependence on oil.

However, GCC countries aren’t alone in this. Just recently, Egypt’s Ministry of Investment flexed its fintech muscles by introducing Fekretak Sherketak. Through this program, qualified startups stand to receive seed funding of up to $28,300 in return for an equity stake of four to eight percent, through which they can also avail of its four-month mentorship course.

2. Banks riding the wave While the backing of government stakeholders is certainly important, banks deserve their fair share of credit as well. Driven by a growing demand from customers for digital solutions, major institutions across the region have embarked on digital transformation drives that are set to revolutionize banking as we know it. Emirates NBD, for instance, announced that it had earmarked over $270 million for its IT transition over the next four years, choosing to not only upgrade its infrastructure, but platform and operating model as well. Following suit, Dubai lender Mashreq launched Mashreq Neo. Arab Bank will be launching a new $30 million venture fund in Jordan targeted towards financial technology and Bahrain’s Al Baraka Bank launched its Islamic digital bank in Germany.

Like in any disruptive trend, with increased innovation, comes increased competition, to stay relevant. This applies even more so to the digital world we now live in– it brings out the best in startups and pushes them to ensure their product delivers real value and encourages various hubs to constantly improve in order to create an environment that is conducive to success.

There’s no doubt that the region is warming up to fintech, however, there remain a few major hurdles that must be surpassed in order for us to catch-up with international players. The first being the skills gap. The region lacks affordable and accessible fintech talent which poses a major threat to startups that are looking at expanding their operations. Education and awareness are key to addressing the issue and fortunately progress is being made in this regard.

Rigid regulatory frameworks also pose a threat. While sandboxes like Fintech Hive and Fintech Bay provide some leeway for startups to test their products in a less regulated environment, it is important that this freedom is extended throughout the region in an opportunity to be developed further. The region as a whole needs a open regulatory sandbox that tests innovation cross border and creates a market big enough for startups to grow and scale.

Additionally, the fintech industry suffers from a lack of interest from angel investors, which is a missed opportunity considering that the GCC nations have some of the highest per capita income rates in the world. If investors, whether they be angels, venture capitalists, or banks, do loosen their purse strings, they have to acknowledge that fintech is still a nascent field, and while there might be some failures it shouldn’t turn them off the industry entirely.

Can we count ourselves fortunate to be in a region that has progressed a considerable amount in a short span of time? Without a doubt. Are there areas for improvement? Of course, there always is in any industry.

It is only right that we take the time to not only shed light on these accomplishments but also spark a conversation around the challenges we face and what can be done by the private sector to address them.  A prosperous fintech ecosystem needs the right level of talent, capital, demand, technology and regulation.

Fintech Galaxy is partnering with many fintech hubs across the globe in an effort to promote cross border collaboration, all of whom share a common goal of sharing best practices in hopes of standardizing cascading knowledge and bridging gaps. Remember – there is no such thing as a digital strategy anymore. There is now only strategy, in a digital world.