A lack of cash can breed loads of creativity.

As someone who has spent years working with many of the world's great brands, I believe the most effective marketing comes from businesses that don't have any money.

Most brands with disposable bucks see marketing communication through the lens of putting their time and effort against those things that get loads of eyeballs. I don't blame them for spending their budget this way, but I also don't get why they don't see more value in smaller opportunities as well.

Obviously, there are more affordable options when it comes to getting the word out than ever before: Online content, an active social media presence and community involvement are all valid ways to begin the process of building a brand.

But let's focus on ideas that don't cost extra cash and have to be done regardless...

Related: How to Spot Business Ideas Worth Pursuing

The first step is believing that EVERY interaction with customers, employees, stakeholders or stockholders, matters.

Use your brand story like a thread that gets stitched through every element of your brand and it's a missed opportunity if it gets ignored. I call it "story threading".

If people engage and get value from it, they will often spread the word — free of charge. Sure it's a bit more effort, but the value is massively worth it and can expand your business's influence exponentially.

Building a great brand, with or without a lot of money, takes the conviction and commitment of a leader. Someone with vision who will stand tall and push hard.

I remember being invited to speak to the Denver Advertising Club. Presenting before me was a gentleman named Dan Fogarty who, at the time, was in charge of marketing and the brand story for a small, regional company I'd never heard of: Chipotle Mexican Grill. I watched his presentation with my jaw on the floor as he showed example after example of small, practically free, efforts that, due to some creative attention, were impactful far beyond their size.

I recently spoke with Dan and asked him about those early days at Chipotle. He was clear: "We didn't have any money but we had things to say, so I always asked the same question, "How do I make this work harder?'"

He asked it about everything: cups, napkins, bags, delivery trucks, employee communications, you name it.

"A lot of things weren't traditional marketing pieces," recalls Fogarty. "But why not? Why couldn't they be?"

Dan knew what needed to be done, he just needed a better way to do it: "We really wanted to entertain people, make them laugh, and make them like the brand. We didn't want customers, we wanted fans."

Back then nobody knew what a hand-held burrito was. People were used to Tex Mex and this was knife-and-fork food. Chipotle needed to educate people about how to eat it. But Dan insisted on doing it with a unique brand voice.

"We did a lot of things that were educational, with humor," he added. "Other brands would just put their logo on things like cups and napkins, but I didn't have money to advertise so I decided to use...whatever I could to tell the stories I needed to tell: How to eat our burritos, where our food came from, or about the farmers who grew it. People loved the way we did it."

Take coupons, for example: Who would have thought a brand could make a coupon fun and cool? Well, actually, Dan Fogarty did. He minted half-dollar-sized coins, each of which was a coupon for a free burrito. Initially, some thought it was an expensive execution of a coupon but, to Dan, those coupons did double duty. They let prospective customers sample the food while delivering a message about the kind of brand it was. Fogarty maintains the coupons more than paid for themselves. 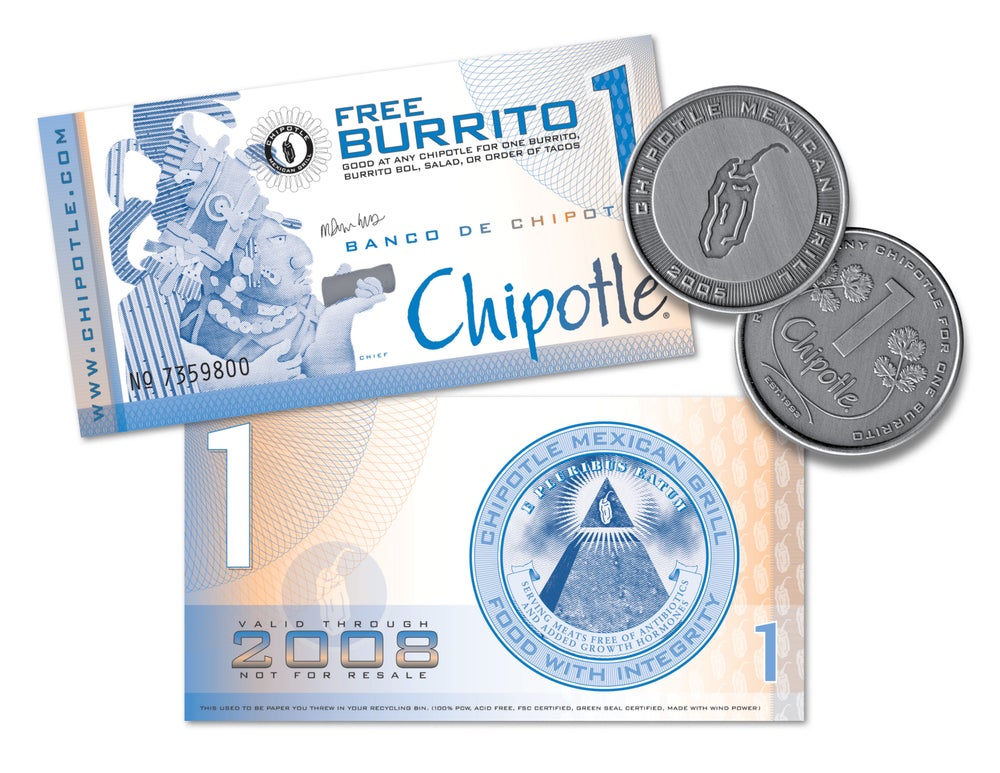 And if you have doubts, you can still find those coins on eBay, today, (how many other brands have coupons that are sold on eBay 20 years later?).

Instead of a standard coupon book, they created a deck of cards.

"We went to Bicycle, the playing card company, and created incredibly detailed, yet totally branded, playing cards," he recalls. "So when we opened a store we would give nearby offices an entire deck of 52 cards, each a coupon for a free burrito."

Fogarty adds: "We weren't boring them into submission, we were actually using coupons to entertain them so they wanted to come try the food as well as spread our word." 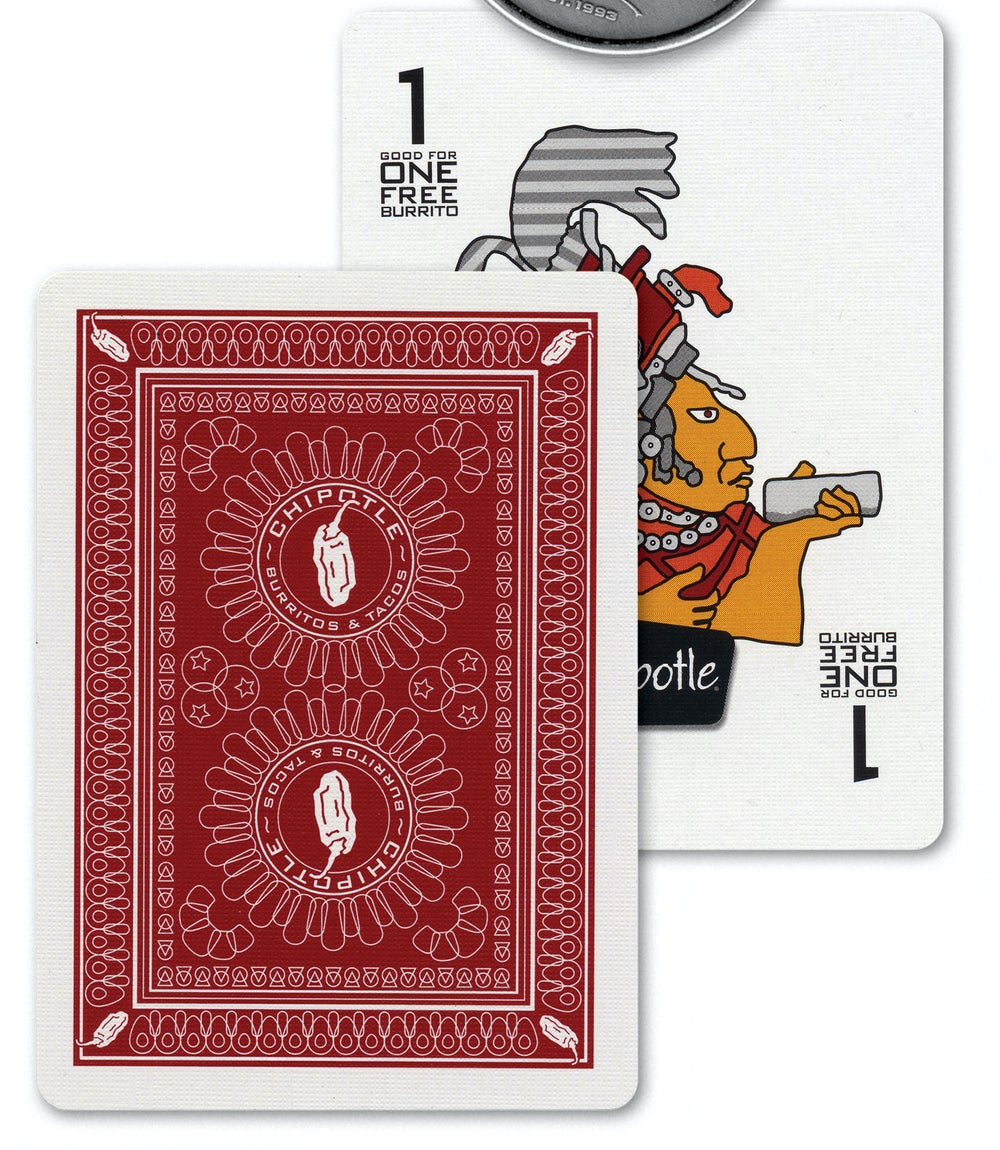 Related: 4 Things the Fastest-Growing Direct-to-Consumer Companies Do That You Aren't Doing

Encourage employees to spread the word

Chipotle spent 50% of its time and effort marketing to its own employees.

"We knew our employees would talk about us if we gave them something to talk about, so we educated them in an entertaining way, too," advises Fogarty. "We knew that every time an employee told a friend something cool about the place they worked, it was a free impression. So why not?"

Under Dan's leadership, the folks at Chipotle also made a crew training video that done by other companies would have been like watching a driver's ed video but instead became a mockumentary about a girl's forbidden love for a burrito.

Before they could afford to buy billboards Fogarty made t-shirts and shrink wrapped them into the size and shape of a burrito.

"We gave them away like crazy because, as far as I was concerned, they were walking billboards, only cheaper," says Dan. "My favorite read: "Usually when you roll something this good it's illegal.'"

For Dan, nothing was too small. He created a "communal umbrella" for stores that had people lining up outside — when it rained they gave the umbrellas to people at the front of the line and asked them to pass it back when they got inside. For the cost of a few umbrellas, Chipotle became even more loved and talked about. He also turned a no-parking sign outside of a store into a sign that read: "Park here and we'll crush your car into tin foil and wrap our burritos with it." 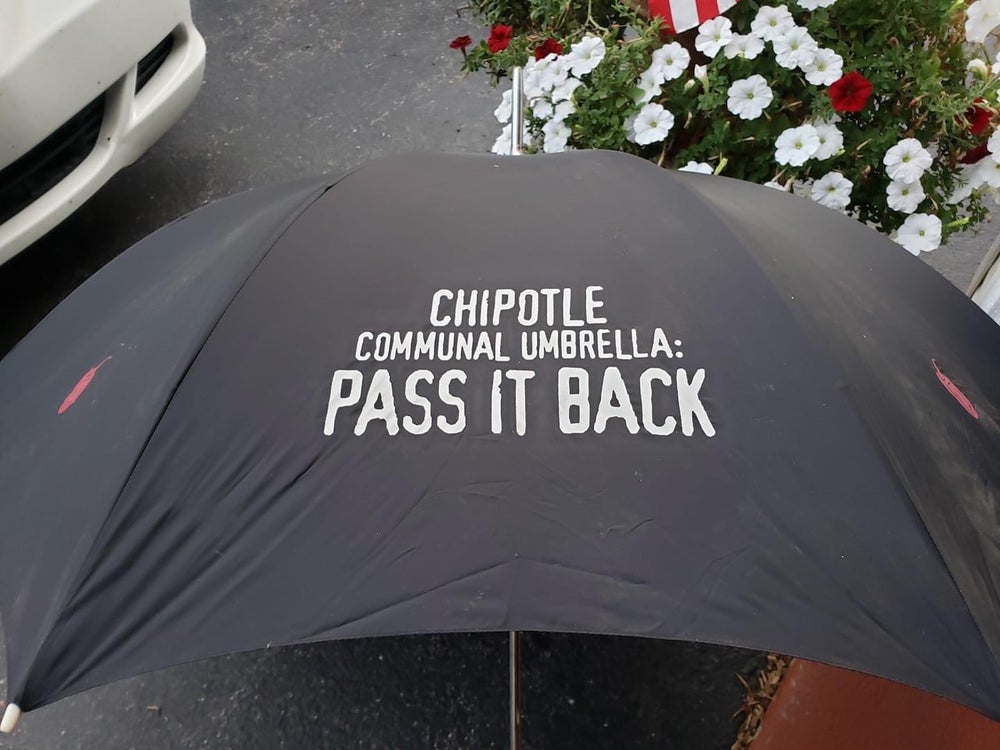 Dan even made the no-smoking decal on the window that read: "Burritos so good you'll want to smoke afterward (you just can't do it here)."

And Chipotle did it all without an agency.

"We couldn't afford an agency so I did everything with freelancers," he recalls. "I wanted to put our limited money into the brand, not into an agency."

Dan's current consulting business, Call Fogarty, has a simple way of thinking about brand building: "Start by asking yourself, "How do I do something with a budget of zero?' Pretend you don't have money and then think about how you'll do something."

Related: How to Start a Side Hustle: Take the First Step

Kevin Roddy is an industry-leading and heavily awarded copywriter, creative director and CCO. Roddy is an artist in the world of business who understands business and can talk about its issues, but also knows how to translate it into engaging creativity that connects with people.