The lessons Marilyn Grabowski learned over 17 years in the 'male' world of construction just might strengthen your career, too.
Next Article Add to Queue

My grandmother was one of those extraordinary entrepreneurs who blazed a trail for generations of women to come, simply by following her passion. In 1973, when the 400-member Building Contractors Association of New Jersey had exactly zero women, Florence DeRosa told her local newspaper that she just didn’t understand why so few women had chosen to get into construction, as she herself had two decades earlier, in the early 1950s.

“Good building isn’t done with a hammer and saw; it’s done with the head,” DeRosa proclaimed. “There should be more women builders.”

Forty-five years later, having built my own successful construction business, Atlantic Infra, I’m making that same argument. According to the National Association of Women in Construction (NAWIC), women today make up only 9.1 percent of the construction industry, and while I’d like to say it's far more welcoming of women business leaders than in my grandmother’s day, the reality is that we face many of the same obstacles she and her peers did.

That means we need to think strategically at every turn as we navigate our way to success. Here are some secrets I’ve learned over my 17 years in the male-dominated world of construction that might strengthen your career as well.

Regardless of the industry, women bring qualities to a project that men may not possess. For example, I inherited my grandmother’s keen attention to detail. For her, "detail" had her designing rooms with built-in vacuum cleaners, walls covered in velvet wallpaper and meticulous landscaping.

For me, "detail" has centered on issues like perfecting the repair of potholes by leveraging technology -- an infrared process known as “hot mill and pave” -- which enables us to restore asphalt surfaces seamlessly and permanently.

The question is, How do you get in the door to tell a potential customer about the unique value you deliver? The answer is, you stand out. Since red is Atlantic Infra’s brand color, our trucks are red, our team is known as “The Red Team”; and I wear a red dress any time I go out to represent our business.

My rationale is that when you’re in a room of 150 people at, say, an Asphalt Association meeting, you can either blend in with the sea of navy suits or stand out and get noticed. Getting noticed gets you into conversations that let you make your pitch for why your company is better than the rest. I’m known as “The Lady in Red” throughout my market, and that’s OK with me. It’s a strategy that works.

When Marjorie Perry became president and CEO of MZM Construction & Management Company in Newark, N.J., she knew no bounds. She has grown that firm into a multimillion-dollar enterprise that has taken on prestigious projects, including MetLife Stadium, the New Jersey Performing Arts Center and Newark International Airport. I remember how Perry gave me some of the best business advice of my career: “You’re never going to get bigger if you don’t partner.”

Related: How Women Are Changing the Tech-landscape of Start-up Ecosystem

In male-dominated fields, partnering is particularly important for women business leaders. As an “outsider,” you’re not invited to the table as often as your male counterparts -- particularly when your company is small. I took Perry's advice to heart, building partnerships with two established construction businesses. My business has since grown tenfold; in fact, I have built two sister companiees as a result.

3. Be the boots on the ground to help establish credibility.

Striking the right balance between running your business from an office and getting out there to pound the pavement is critical. When clients and prospects see you in the field, they recognize your hands-on experience and expertise. This credibility, complemented by the knowledge base you bring to every meeting, makes you a force to be reckoned with.

Robyn Zlotkin, president of Arbill Industries, Inc., which manufactures and distributes industrial safety products, services and programs, told me that one of the biggest challenges she encountered in our male-dominated industry was establishing client trust.

“Early on in my career, I would take the extra time to study and understand the product line better than my audience so my credibility would be established quickly," Zlotkin shared with me, on how she gained the confidence of her client base. "Remaining visible, keeping up with your male counterparts and working harder to prove your capabilities will help establish this trust," Zlotkin said.

In the eyes of Zlotkin's prospects, for many years only men wore harnesses, fall protection and gloves. So it was easy for those prospects to dismiss her before they even knew her capabilities or those of her company. Not anymore.

4. Be confident that you will shake things up.

It’s easy to become insecure when you’re the only woman at the table, but you’ve made it this far for a reason. Having women in leadership roles traditionally held by men can shake up a well-established company and industry. Lucia Furman, president of Mercantile Development, Inc. (MDI), a manufacturer of nonwoven wipers used for cleaning in industrial environments, this "shaking up" occurs because women frequently bring a different perspective to the table.

Of course, this doesn't happen overnight, she told me. “Disrupting cultural mindsets is a journey. In traditionally male-dominated industries it takes time to gain respect from customers, suppliers and colleagues," Furman said. "Don’t be afraid to question the status quo, present your well-thought-out ideas with confidence, champion the process and stand by your decisions. Over time, your success will speak for itself."

5. Keep your eye on the scoreboard.

There are winners and losers in every segment of business. To be in the former group requires making smart business decisions and quantifying your results. We use key performance indicators (KPIs) to measure our success, and we diligently monitor safety issues, customer complaints, payroll-to-sales ratios and other metrics.

I often use sports analogies to get my team revved up about results. It’s more fun for them to keep track of the numbers when you characterize them as a game they might win or lose; in fact, that “game” goes much further than the raw numbers. For example, when managers focus as strongly on their “pregame preparation” and “postgame follow-up” as they do on their behaviors “during the game,” they perform at a much higher level.

The bottom line is that if we want to win, we can never lose sight of the reason we’re in business: to make money. My grandmother expressed this well. “I like creating,” said this general contractor who built hundreds of beautiful homes over the course of her career. “Besides,” she added, “it’s very lucrative.”

As a woman working in a male-dominated field, you will encounter comments and questions that will grate on your nerves. The most important thing is to not allow these comments to change who we are as leaders and colleagues and and to ultimately alter what we are trying to accomplish. “Don’t be overly sensitive to people’s comments,” advised Tracy Gliori, president of TMI Coatings, a painting and restoration contractor.

Earlier in Gliori’s career, when she scheduled appointments, she would often be reminded not to wear heels or skirts while visiting clients' plants. Though it was common sense that no one would visit an industrial plant and attempt to climb ladders or view the work wearing such impractical attire, Gliori graciously accepted the reminder and ignored the fact that the customer was stating the obvious.

Never did she voice the reaction she was hearing in her head.

7. Encourage other women to take the leap.

To move the needle on construction and other male-dominated industries, we need to be proactive champions of and for other women. To do this, consider joining a diversity council -- or starting a diversity council. Become a mentor and role model for less experienced entrepreneurs. Seek out opportunities to speak to college, high-school or middle-school students.

In London, Roni Savage, the British Black Business Awards’ 2018 Businessperson of the Year, has said she commited to “making some noise” about construction careers by regularly sharing information with schoolchildren information about engineering and other career choices in traditionally male-dominated industries like construction. This is exactly what we need to be doing to shine a light on the opportunities women have to shine in careers they might not otherwise have considered.

In fact, there's already been movement in this direction: According to a recent American Express report, construction was one of the five U.S. industries which between 2007 and 2018 saw the greatest growth of women-owned companies. For construction, that spike was an impressive 94 percent. That bodes well for seeing even more women-owned construction companies in the future.

Above are just a few of the lessons that have helped my own business grow, and that I hope will make a difference for the next generation of women leading the way in construction and other long-time "male" industries. 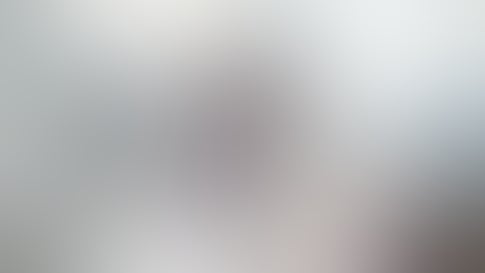 Though women own 40 percent of U.S. businesses, making 'real money' is oftentimes more the exception than the rule. Here are some things getting in our way.
Julia Pimsleur | 8 min read

That Time Disney Rejected A Woman Job Applicant...Because She Was A Woman

To Break up the Boys' Club, Ladies, Why Not Start Your Own Venture Capital Firm?

Let's Settle This Once and for All: 'Can You Be a Good Mom and an Entrepreneur?'

Fellow Women in Tech: Where Do We Go From Here?

How We Can Beat Venture Capital's Diversity Problem