New Alphabets in the Making

Are you not able to understand what the alphabets in the age of robotics stand for?

By Prerak Shah February 23, 2019
Opinions expressed by Entrepreneur contributors are their own.
You're reading Entrepreneur India, an international franchise of Entrepreneur Media.

The alphabet is the base of the formation of a language we speak, write and understand. The development of the modern English alphabet, that is used widely in current days has involved from several languages, hundreds of years and a variety of conquers, missionaries and scholars. But what if someone says that alphabet that we know use now – A for Apple, B for Ball, C for Cat, D for dog…, is changing and is changing fast! Hard to believe, right? But that is true. Read to find out.

Well, starting from the stone age, humans have gone through multiple evolutions. These evolutions (agriculture, industrial, etc) has taken over millions of years for us to reach the point that we enjoy today. Each evolution that has hit and transformed the humankind in past had come at a considerable gap. But the evolution that we are undergoing now, that is technological evolution, moves in an exponential manner and is happening at a much shorter gap and faster pace! 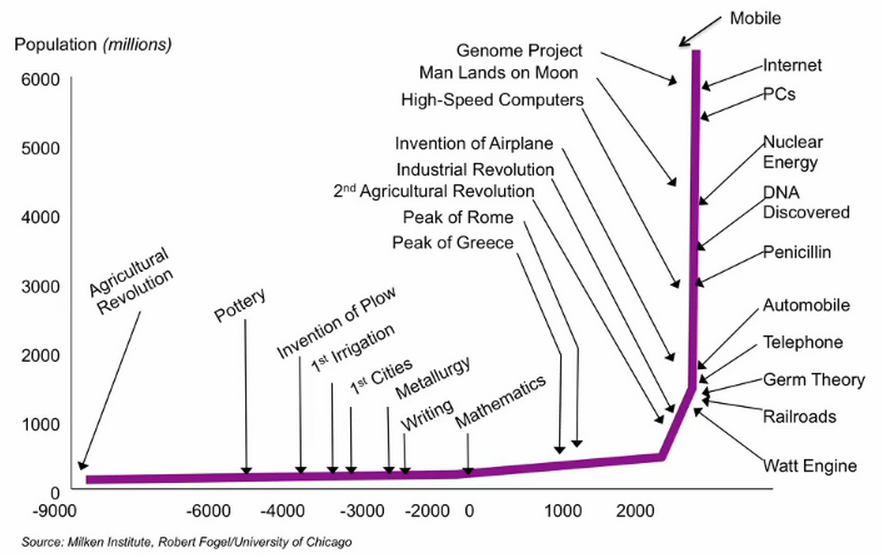 The study, compiled by the McKinsey Global Institute, says that advances in technologies like AI and robotics will have a drastic effect on everyday working lives, comparable to the shift humankind felt while moving away from agricultural societies during the Industrial Revolution. Every Revolution has caused the disruptions and so will this. And like all those revolutions, this also is meant to bring better ways to do things. But this time, it is not limited to one sector or segment but happening on a wider ground – touching us at the individual level!

Technological evolution has made it possible to educate more people, increase life span and significantly reduce the number of people under the poverty line.

For instance, just in the span of couple decades, the world has gone from cleaning houses with brooms & mops, to vacuum cleaners and then to the robots, powered with intelligent automation, that map our rooms with sensors and clean better than before, requiring very minimal human intervention. According to the International Federation of Robotics, the market for robotics in personal and domestic applications will be dominated by robots cleaning floors and mowing the lawn for the next few years. The IFR expects 31 million household robots to be sold between 2016 and 2019, 96 per cent of which will be a vacuum and floor cleaning robots. As a matter of fact, this shift from brooms & mobs to cleaning robots has happened so fast that before one method is replaced completely, the other method has evolved and as a result, many may skip a step or two in between. For example: In developing countries, vacuum cleaners are still to find the gain market share and attain household adoption. At the same time, we are witnessing an era that is rapidly adopting cleaning robots.

While A for AI (Artificial Intelligence) has changed the way we lead our lives – at home and at work, let it be search, travel and typing, B for BI (Business Intelligence) has revealed so many insights by converting raw heaps of data into actionable intelligence and knowledge to drive profitable business actions that the way top executives define strategies and run their businesses has changed…. And then C for Chatbot has formed a new way for businesses to converse with users and address their queries and concerns where else D for Data that we have produced and are still producing is forming the solid base for all of these new alphabets (ABC) to continue flourishing further!

Are such advancements and change something to cheer about OR something worrisome about the world we’re creating?

Has the advent of new technologies made our human lives easier than before OR made humans more dependent? The debate continues.

But the fact is, technology isn’t just changing society — it’s changing what it means to be human. If cities are becoming SMART then humans will need to be smarter. Which means the majority of the human population will have to undergo a change in the way they handle technology – regardless of their role, let it be of a consumer OR of a provider.

With all these, we are looking at a modified future for sure, a future that is more promising than terrifying. And technologies that have emerged over the last decade as well as technology trends that are waiting to unfold - our new alphabets, are forming a base of future language that humans will use to communicate and interact with the world around them.