Martino a jazz pianist, arranger, and producer, based in New York City talks about how music unifies mankind

They say the moment his fingers hit the piano, magic is created. The melody of musician John di Martino's tune seeps in through your soul, creating a long-lasting impact. He is one of those gifted artists who is a melodic and harmonic magician. Every song he plays soothes your spirit, taking you through a unique wonderfulness to a musical journey.

Martino a jazz pianist, arranger, and producer, based in New York City in very little time has been able to make his music talk. Known as the "shape-shifter", for creating piece across various genres, his music is something you can’t give a miss.

You set the stage, call his name and the moment he is there……you are in for a memorable ride. His virtuosity can be gasped from his recording with Grady Tate and Gloria Lynn. He has also companied popular Jazz players like Keely Smith, Jon Hendricks, Janis Siegel, and Billy Eckstine. And that’s not it Martino’s discography includes many Grammy-nominated CDs like "Live And In Clave" with Bobby Sanabria, "Love" with Issac Delgado, to name some.

Is Jazz His Thing?

If Jazz is something that really strikes the cord with you, he is the man to be heard. Martino’s music comes straight from his heart and successfully reaches the deepest, darkest corner of your nucleus. In fact, if you give it an ear you will realise there is lighting in his music that brightens up the Jazz genre.

While for many things are not planned, for Martino music was always his calling. At the age of 15, he started playing professionally and since then there was no stopping. “Music, in general, has always been my destiny,” he said.

When it comes to describing music, he calls it an abstract language of the heart that makes us relate to his thought process. “When you improvise you want to open yourself up to the inspiration of the universe. I pray to surrender to the ecstasy of the music to enable this to happen,” he shares. 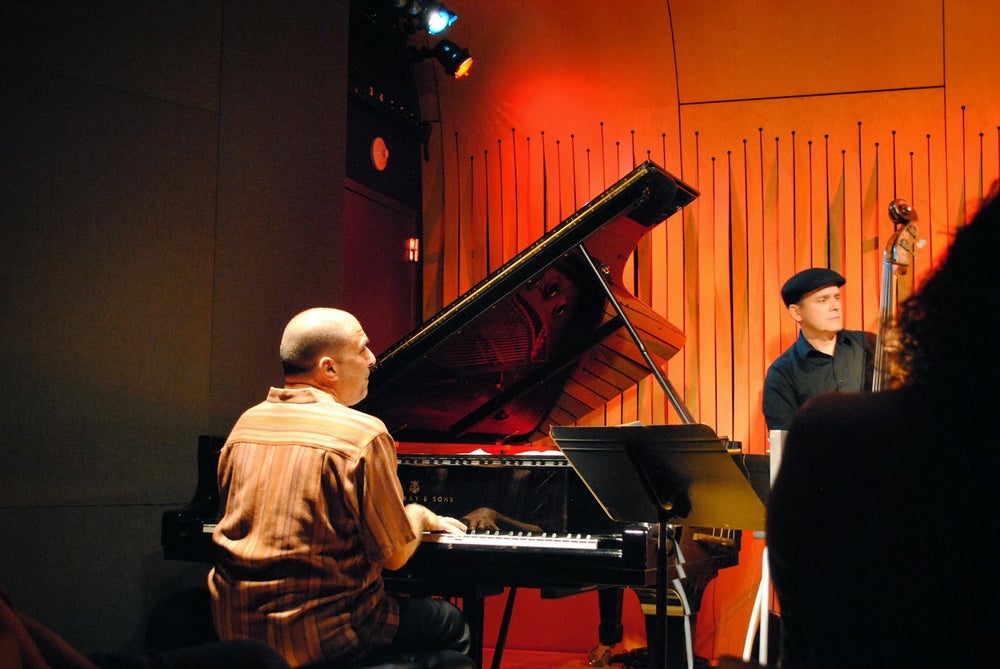 Has it Always Been flawless?

Like any successful musician Martino has made his own mistakes and one of the biggest one for him was being controlled by fear. “It’s been said that it makes no difference which road you take, but “why” you take the road is what matters,” he said.

Putting it in great Sufi Poet, Rumi’s word, “Don’t move the way fear makes you move, move as the sun and the earth do, they revolve around the things they love.”

Talking about Jazz and it’s meaning he simply said, “In its true and highest form is spontaneous improvisation in which you hear exactly what is going on in the player's mind, heart and soul at the moment of creation! When I play at my best: I feel that I am only a channel for the music, as If I am not really making the effort at all, just letting it pass through me,” he smiled.

While you know him as someone who lights up the stage, who is he when the curtain falls down? He is a passionate film lover, who calls himself an art house film fan. “I want to do more film scoring work. I love food, culture, and people. I have a great interest in languages. This something I want to devote more time to.”

He is a true believer that music impacts people. “Music can express emotion very quickly. That is why writing a lyric is such a difficult art. It’s hard to get the words to match the intensity of the music. The great opera composer, Puccini told his librettists: ‘write with brevity and fire!’”

He also ween that music can change society and make it a desirable place. “Music puts positive vibrations into the world, directly to the heart. This unifies mankind as all art gives us a feeling of how we are interconnected. It’s a spiritually healing force!”

While the conversation came to an end, it is evident that music drives Martino and he feels giving up things in life for this was a worth every penny. “It’s all about finding out what you want to do and dedicating yourself to it.”