Insights from the Enterprise Agility Forum 2019 on what's needed to enable more startup success stories to come out of the MENA region.

By Megha Merani June 18, 2019
Opinions expressed by Entrepreneur contributors are their own.
You're reading Entrepreneur Middle East, an international franchise of Entrepreneur Media.

From being told they're crazy to cold-emailing VCs to struggling to attract talent, the fifth edition of the Enterprise Agility Forum featured the real-life challenges successful entrepreneurs in the Arab world have grappled with along the way to make it to where they are today.

In the first panel discussion of the event, Elie Habib, co-founder and CTO of Anghami, Mohammed Jaffar, Deputy Chairman and CEO of Faith Capital and CEO of JustClean, and Magnus Olsson, co-founder and CXO of Careem, spoke of what's needed to enable more startup success stories to come out of the MENA region. Of course, the progression of exits –most significantly, Souq being sold to Amazon, and Careem being acquired by Uber– have made a substantial statement about the maturity of the regional ecosystem. It has now been proven that the region can have unicorns, and that it can compete on an international level, and attract global investors as well.

But what does this really mean for us going forward? Here are four changes these landmark exits could bring about in the region's ecosystem: 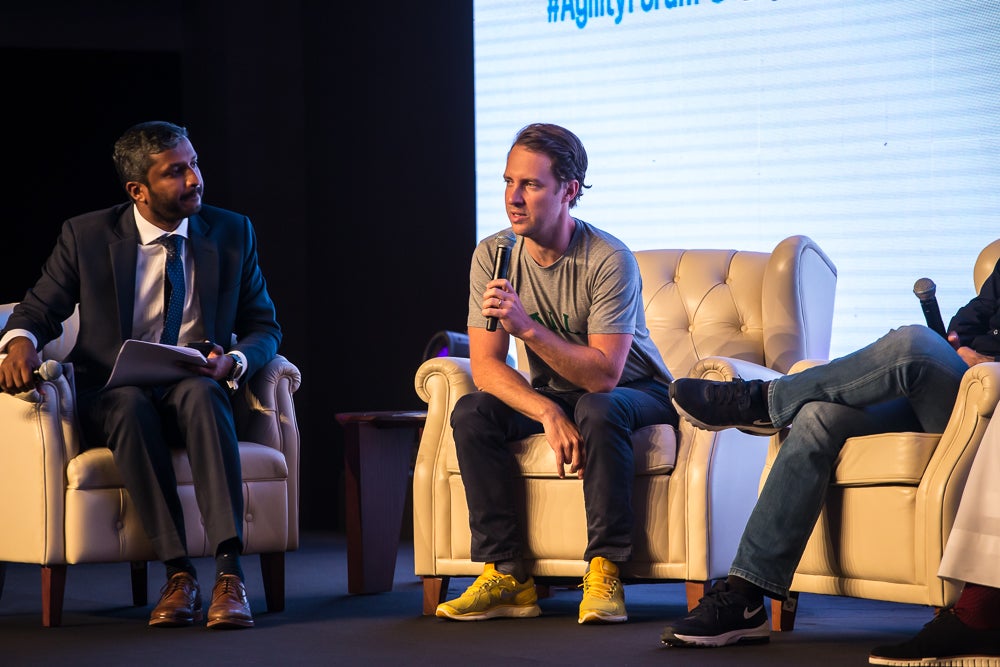 1. TALENT WILL BE INSPIRED TO WORK AT STARTUPS Historic exits can “hopefully inspire talent,” Olsson said. While joining a startup might be scrappy, especially in the early days, these success stories show that not getting a salary or a big enough paycheck to live the flashy life could still pay off. “I used to go to every startup event I could because there was free lunch,” Olsson recalled. “We were taking the bus between Abu Dhabi and Dubai, because that was the cheapest way to go in between [the Emirates].”

He noted however that going from bus to billionaire was never the motive for him and his team. “The fact is, we didn't start Careem with the purpose of making money,” he said. “We did it to do something purposeful. But I think that some of these exits can show that you can actually create substantial value by doing a startup as well and that should inspire talent too.”

However, JustClean's Jaffar highlights that the wider Gulf region still needs to do more work on making the region attractive enough for talent to relocate, especially to his home base Kuwait. “A big issue is that you need certain people with certain skills that simply do not want to move to this part of the world,” he says. “So, we have to also spend, and make people's lives more equal in this part of the world. People have to feel the same whether you're a local or non-local. And that's how we end up attracting the best talent. Our countries need to improve on that.”

2. THE REGION WILL ATTRACT MORE FUNDING “Obviously we have a funding problem that is big,” said Anghami's Habib. “It's easy to get seed [money] but it's not easy to scale as much as we want.” But successes like Careem will make investors want to put more into the region and want to hold on for longer cycles, he pointed out. Investors are also more likely to now look at homegrown startups as potential rivals to global players, rather than shoot them down instantly, as Habib was when he first launched his music streaming platform and digital distribution company. “Even when we were launching in 2011, and I didn't know how to actually get funding, and there were very few VCs,” he recalls. “I actually cold-emailed tons of VCs and people that I saw that seemed, on LinkedIn, to have money. I still have those emails, and most of them told me: 'Why are you doing something to compete with Apple? That's useless, go do something else.'”

And with the region's startups now in the global limelight, the ecosystem will likely lure more capital from across the world. “Because ultimately, as much as many investors are investing in the region and caring about development, which is wonderful, at the end of the day they're investing to make money,” Olsson explained. “And particularly if you're a fund, there needs to be an exit at some point, whether it's a public listing or some other exit. So, hopefully some of these exits can show –to regional and international investors- that you can have exits [here in the region]. 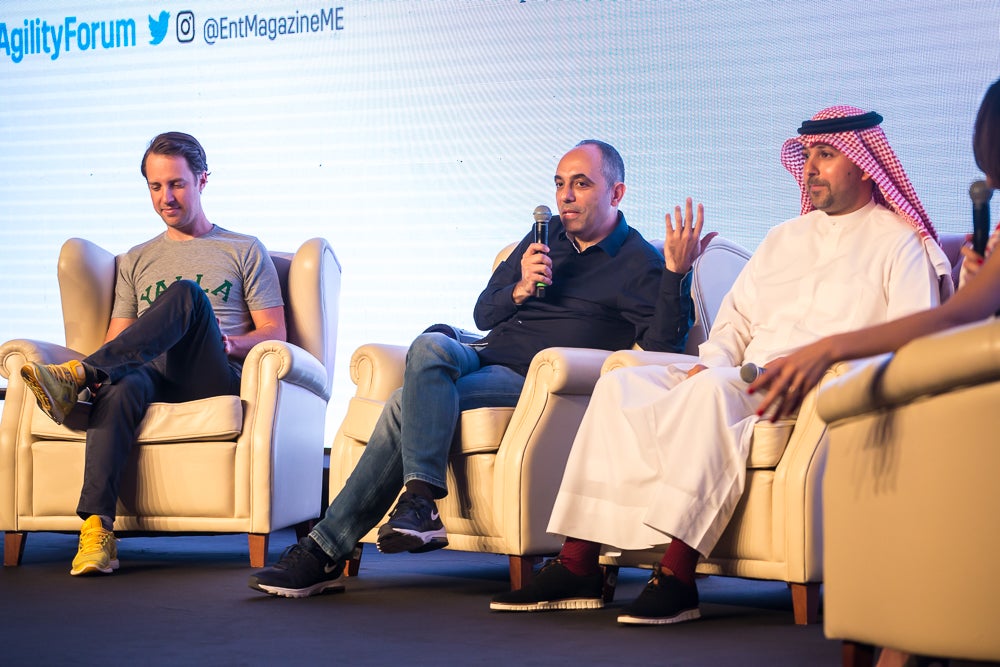 3. FOUNDERS WILL BE MORE CONFIDENT (AND LESS INTIMIDATED BY GLOBAL PLAYERS)

The recent exits also prove that the region's startups can leverage their home court experience and expertise, giving local founders both an edge and the confidence to ignore naysayers. “We've always been told that [we're crazy],” Habib said, like many other entrepreneurs in the region. “As a result, most of us today, still have low self-esteem. We still believe that because it's an international company, they're going to do better than us, grow better than us, and maybe acquire us, that is actually the ultimate goal.”

But now, Habib believes, the region's exits validate that the region's startups can stay in the game, and not be intimidated by international setups. “Our goal is not just to grow for growth's sake. We are happily contributing to something that matters in the region. I'm happy that after Apple Music, Deezer, and Spotify, we're still the biggest by far and growing. For others it's like: 'Who are you? You're a small service in the Middle East. There are bigger players that will eat you.' [But] we are actually locals that understand the local business differently, and can actually compete and not let the global ones be big enough in the region.” JustClean's Jaffar added that success stories, including his own from back in 2015, when Talabat.com, which had him at its CEO then, was acquired for US$170 million by Germany's Rocket Internet, show that “we here as Arabs can also do great things.” 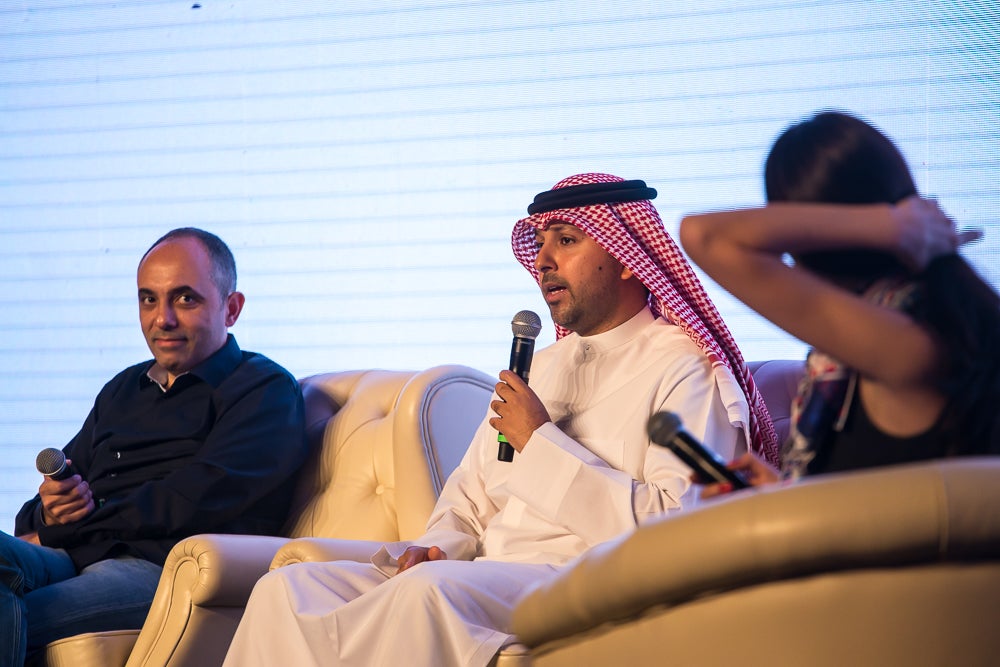 4. SCALING ACROSS THE REGION COULD GET EASIER WITH UNIFIED LEGAL STRUCTURES

Significant exits could serve as the catalyst for a unified legal company structure in the Gulf to allow homegrown enterprises to scale more easily across the region. “One of the problems we have here [in the GCC] is that we need to be with less visible borders,” Jaffar said. “If I'm an entrepreneur right now, and I want to have a company here [in Dubai], it needs to be easier for me to scale to the Emirates, to scale to Saudi... At the moment, I have to setup a legal structure [in each location]... there's a lot of costs. If we unify this part of the world, and we unify the Levant countries as well, and we unify North Africa... that's the dream. The Europeans have done it, it worked for them, the Americans have done it... and I think it will happen here [too].”