By Bhavya Kaushal July 1, 2019
Opinions expressed by Entrepreneur contributors are their own.
You're reading Entrepreneur India, an international franchise of Entrepreneur Media.

Goldman Sachs, Abu Dhabi Investment Authority (ADIA), and the Canada Pension Plan Investment Board (CPPIB) have subscribed to the issue, with each shareholder infusing $100 million, the company statement said.

The rights issue involved ReNew Power issuing Compulsorily Convertible Preference Shares (CCPSs) to each of the investors which will now be converted into equity at a subsequent stage.

ReNew Power, founded in 2011, is one of India's earliest unicorns (it reached the billion-dollar valuation mark in 2017). It is an independent power producer that provides non-conventional energy through wind and solar powers. The clean energy start-up was founded by Sumant Sinha. 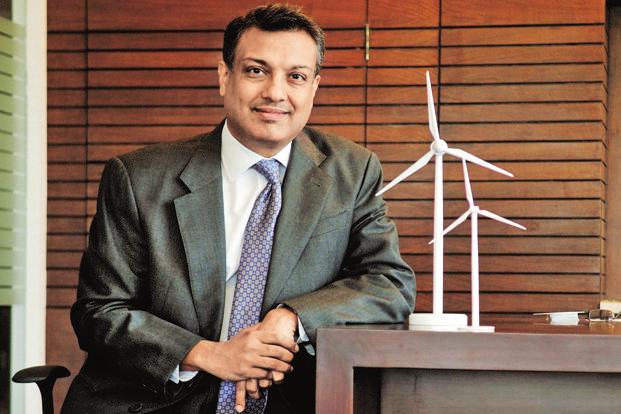 ReNew Power is an example of a start-up that, perhaps, chose a less-traveled road. At a time when Indian start-ups are plunging in technology, food, logistics etc, owing to the scope they provide, ReNew Power went on a totally different road and incepted from an idea stemming from renewable energy.  There are not too many names, or even popular names, in the energy sector when it comes to Indian start-ups. As of June 2019, it had a total capacity of over 8 GW of wind and solar power assets across the country, including commissioned and under-development projects.

ReNew Power has been successful in setting various benchmarks. With this funding, they will look at expanding their vision even further.

"The rights issue will enable our existing investors to deepen their investment in ReNew reflecting their continued faith in the Indian renewable energy market. The proceeds of the issue will be used primarily as capex for our existing pipeline of projects," ReNew Power's Chairman and MD Sumant Sinha said.

In the early part of the year, the ReNew Power raised $350 million from existing investor Overseas Private Investment Corp. (OPIC), the US government’s development finance institution through debt financing.