Godrej Group, which started as part of the 'Swadeshi Movement' in 1897, continues to gain a strong foothold in India despite revolutionary changes

By Shivangi Asthana August 16, 2019
Opinions expressed by Entrepreneur contributors are their own.
You're reading Entrepreneur India, an international franchise of Entrepreneur Media.

Godrej Group, which started as part of the ‘Swadeshi Movement’ in 1897, continues to gain a strong foothold in India despite revolutionary changes. The key to success lay in locks for Ardeshir Godrej who started a factory of locks at Lal Baugh in Mumbai. In 122 years of its existence, the company has expanded into an array of sectors. Godrej Almirahs, as one of the brand’s strongest products, makes a sale of more than 120 million units till date with more than 500 dealer outlets selling Godrej Interio storages.

1923: Riding high on locks and soaps, Godrej Group ventured into making timeless designed almirahs. The first model of Godrej almirahs called the ‘safe cabinet’ was available in grey enamel with five adjustable shelves. The product soon became part of the young Indian couple’s new matrimonial home where there often used to be a waiting period of two to three months for product delivery. 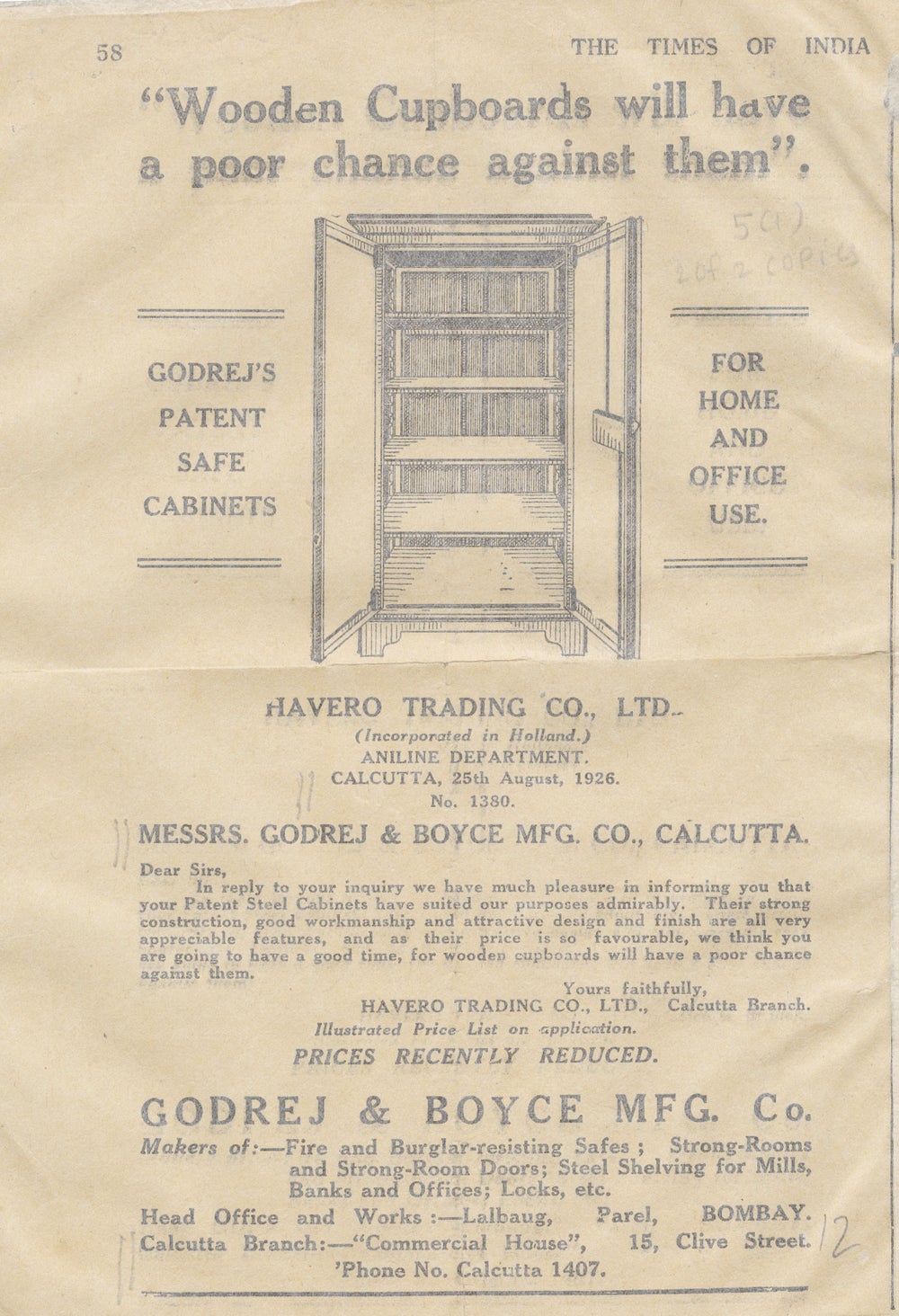 1997: As Godrej Group celebrates 100 years of operation, it highlights Godrej almirahs as one of its key products. The USP mentioned in the earliest catalogues of the product was thief-resistant, vermin-proof, handsome and cheap.

1999: The company sold 20,000 of Godrej almirahs this year, the highest number since operation.

2006: With an amalgamation of aesthetics and functionality, Godrej Interio was formed as a business unit of Godrej & Boyce, part of Godrej Group.

2010: Making a statement in the interior space, Godrej almirah launched "Kreation’. As a modular range, it is an extendable wardrobe with a size that grows as the need  grows. Coming in multiple shades of colour, the almirah is a ‘wall to wall solution’ which is 10 per cent cheaper than what a carpenter makes. 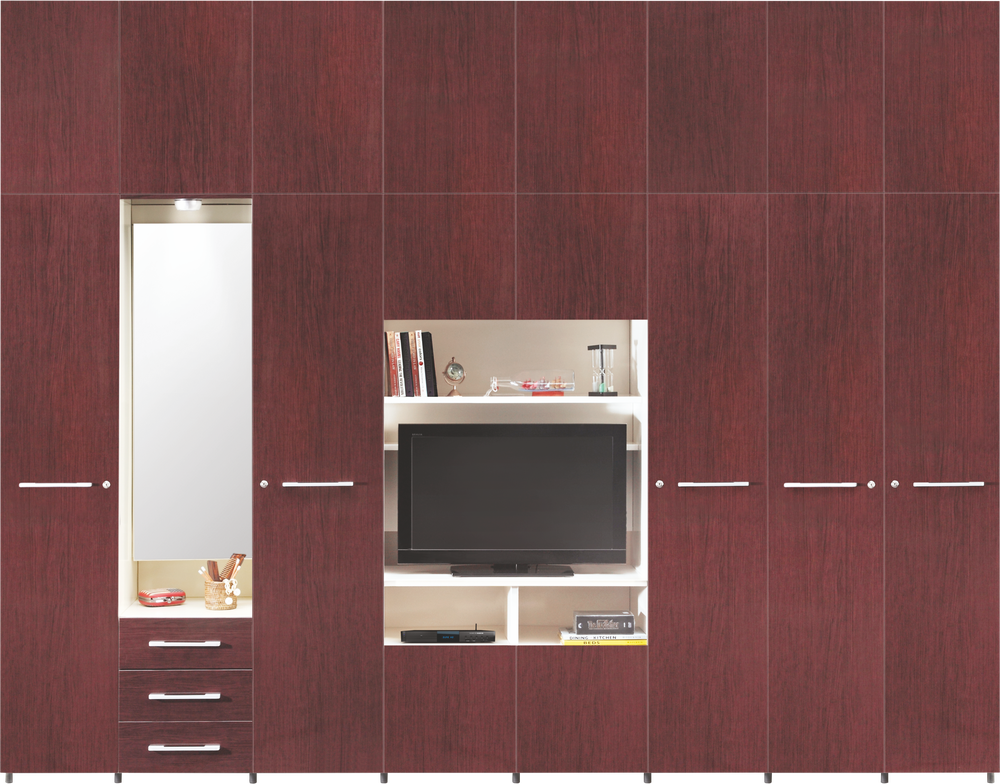 2013: Godrej has been at the helm of redefining the marketplace and this is reflected in its marketing and branding strategy. The group continued to reinforce this personality with Aamir Khan as its brand ambassador. He was chosen as the face for the new campaign – ‘Har Idea Se Zindagi Muskuraye/ Ideas that make life brighter’. 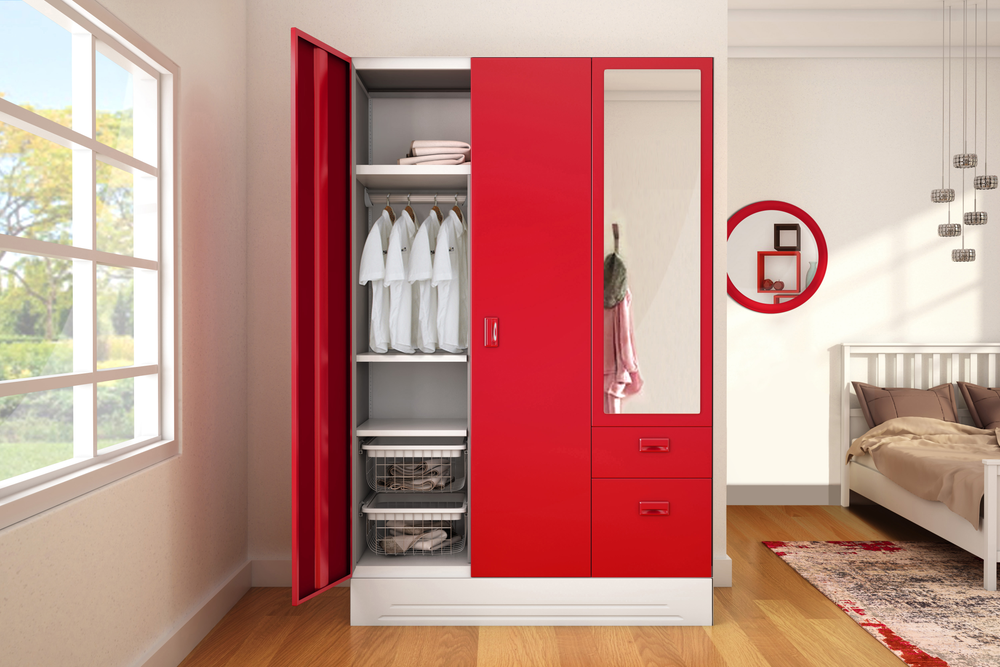 2017: Making a dent in steel, the company introduced its ‘Slimline’ range of cupboards. They looked sleek and came in a knock-down condition which are easy to assemble and transport with trending door colours like fuchsia pink, deep blue, purple, magenta and maroon. The design also addresses the need for a solution for compact living spaces available today. 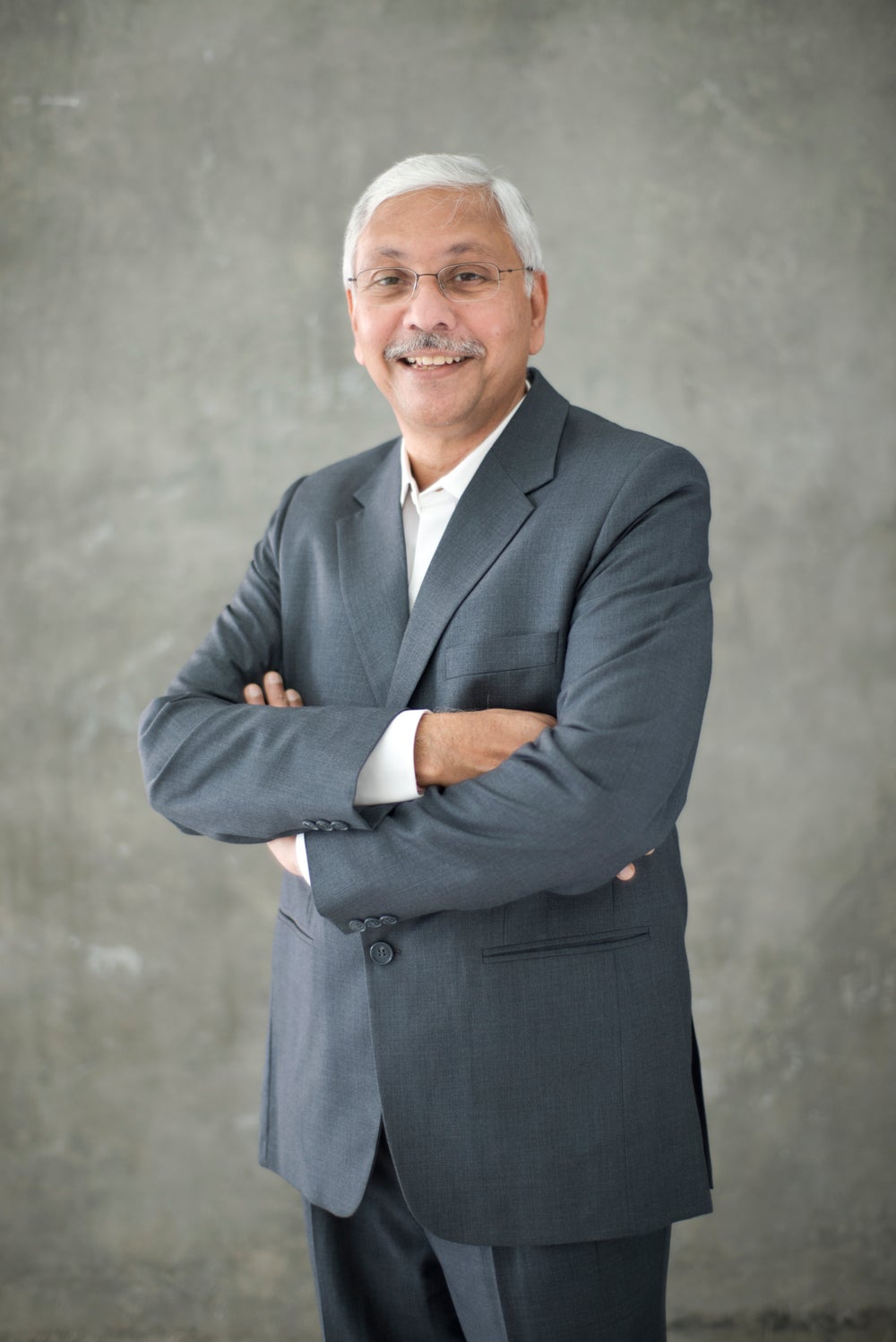 “From myriad designs, shelf arrangements, finishes and even safety features, Godrej almirahs have constantly evolved in
accordance with the changes in consumer demands and expectations. In India, gifting an almirah has been closely associated with a milestone in life; whether it is marriage or a new home. Even today, it continues to be closely associated with the family and will continue to hold its place for generations to come.” Anil Sain Mathur, COO, Godrej & Boyce

2019: Staying relevant with customizable options without compromising on the quality of steel, Anil Mathur, COO, Godrej & Boyce, says, “Godrej almirahs are not just chic, but also light weight as per the modern-day requirement. It doesn’t mean that the quality of steel is compromised as is done in most of the cheaper options available in the market.”

I am a Correspondent at Entrepreneur India, reporting news on SME, funding and investment of Indian business. Previously, I was working with Thomson Reuters as a journalist covering Global News & at Forbes Group covering interior design and architecture section. I am a post-graduate in Journalism from Mumbai University & graduate in Engish literature from Hindu College, DU. You may reach me at sasthana@entrepreneurindia.com.

Digital Transformation Is Happening at a Rapid Pace: Aakrit Vaish