By Bhavya Kaushal August 31, 2019
Opinions expressed by Entrepreneur contributors are their own.
You're reading Entrepreneur India, an international franchise of Entrepreneur Media.

API or Application Programming Interface is nowadays the buzzword among startups and half of the Silicon Valley is recognized by this term. The technology that has changed the dynamics of application interfaces has been the “it” word for computer wizards.

San Francisco-headquartered API developer startup, Postman, raised $50 million in Series B round of funding. Founded in 2012 by Indian-origin entrepreneurs, Abhijit Kane, Abhinav Asthana and Ankit Sobti, big guns of the Valley and others including Microsoft, Twitter, Paypal etc., use the platform today.

Entrepreneur India got in touch with Abhinav Asthana, co-founder & CEO of Postman, on the recent funding bagged and his plans in the coming times. 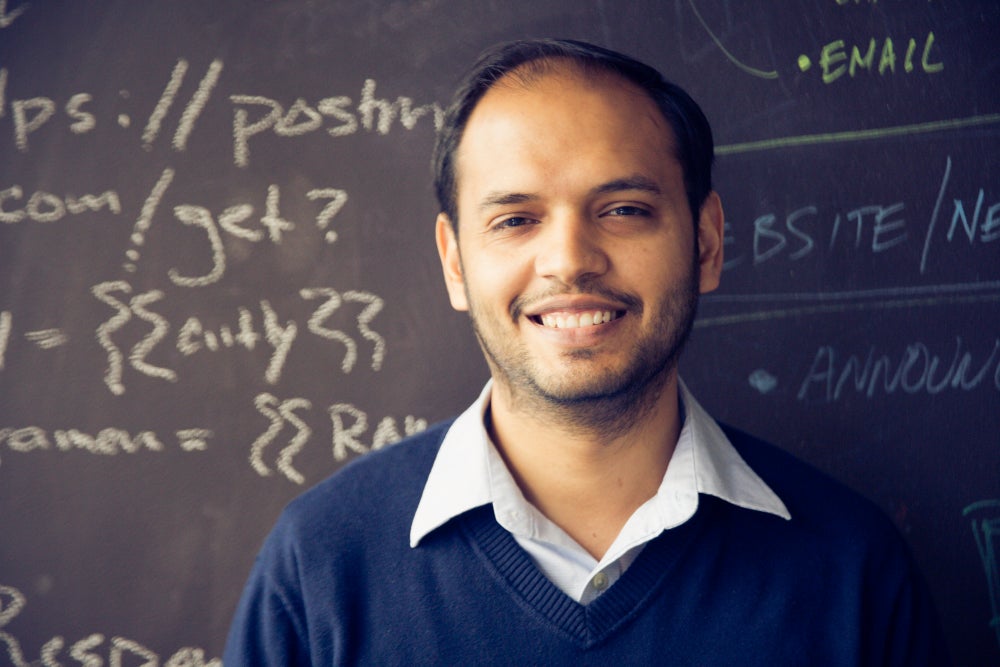 The funding was led by CRV and included participation by Nexus Venture Partners. The investment also saw CRV General Partner, Devdutt Yellurkar, join the board of directors.

Asthana shares that the funding will be utilized in expanding across different verticals, “Postman is already a very essential part of the API development lifecycle for millions of developers. With the new funding, Postman will build and ship faster, increase customer support and success throughout the community and expand its commitment to helping companies leverage Postman across enterprises.”

How It All Started

Postman first gained popularity when Asthana uploaded his project to the Chrome Web Store. The former BITsian would not have imagined then that the platform would eventually graduate to a robust and native app used by over 7 million developers and 300K companies.

He says, “APIs are the building blocks of effective software. While software is taking over the world, APIs are taking over software.If you are going to create APIs first, you need a platform to do so - Software developers and product teams need to quickly create mock APIs, refine them with code, collaborate in the development process, and add detailed documentation. You can do all of this in Postman seamlessly.” He further added that the new funding will help them expand these capabilities further. “This will encourage organizations to move to an API first ecosystem and drive innovation in APIs.”

Postman is a global company with a team distributed across the US, Asia, Europe, and Africa.

Surviving in the sector which is so dynamic and demands disruption almost everyday, Postman has had a good run. And this run has been set on the backbone of growth and innovation, “At Postman, we believe in continuous feedback loop, quick iterations, constant innovation and growth.” He also adds that Postman is evolving to be the must-have companion for every developer. “As and when enterprises move to the future of software development, Postman hopes to not only inspire this change but also be a part of this transformation in enterprises.”

On Success and Failure

Before signing off, I ask Asthana about success, failure and making mistakes and he pretty much sums up everything in a line or two.

Success or failure of an organization or product can be attributed to a series of decisions that you make, simultaneously and constantly, says Asthana. He further adds, “Mistakes are common and will happen - it’s about how you embrace any constraint put on your path and grow stronger from it.” He also adds that when you are building something unique, there is no specific list of common mistakes that can be listed down.

Tax Exemptions, Benefits And Implications That Every Startup In India Should Be Aware Of