Rolling With The Punches: What's It Like Launching A Fintech Startup In The UAE

The co-founder of NOW Money looks back at their journey of championing financial inclusion through their fintech platform.

By Ian Dillon Updated: October 13, 2019
Opinions expressed by Entrepreneur contributors are their own.
You're reading Entrepreneur Middle East, an international franchise of Entrepreneur Media.

It took us four years, but we launched our fintech startup NOW Money in May this year, and the reception so far has made it all worth it.

We started NOW Money in the summer of 2015. Back then, we didn’t yet know how little we knew about what we were trying to do and how to do it, but we did know exactly the problem we wanted to solve.

Bank accounts are often accessible only to those that earn over AED5,000 per month. In the GCC, there are 25 million low income workers that earn less than this. This means no bank accounts, no online payments, no ability to send money home using cheap online providers that almost everyone from Europe is used to. Our goal was to provide the best account in the GCC, with these excluded workers our customers.

My co-founder, Katharine Budd, and I had seen the success of the new mobile only “challenger banks” that had started in the UK- the likes of Monzo, Startling, and Revolut. Customers loved them and had a passion for them that had never been seen for banks and financial services companies before. We wanted to do the same thing first in the UAE, and then across the GCC.

These days, startup and fintech are the new big buzzwords. Billions are invested into fintech startups annually; many people have entrepreneurial ambitions to start or work at a startup, and a number of corporates have strategies to partner with or support entrepreneurs and startups. However, in 2015, mindsets were completely different. Almost no one understood why we’d left well paid jobs or the corporate ladder. We were laughed out of meetings, often told that what we were trying to do was impossible. We couldn’t get legal support, couldn’t get a bank account ourselves, and were light years away from being able to raise funding. 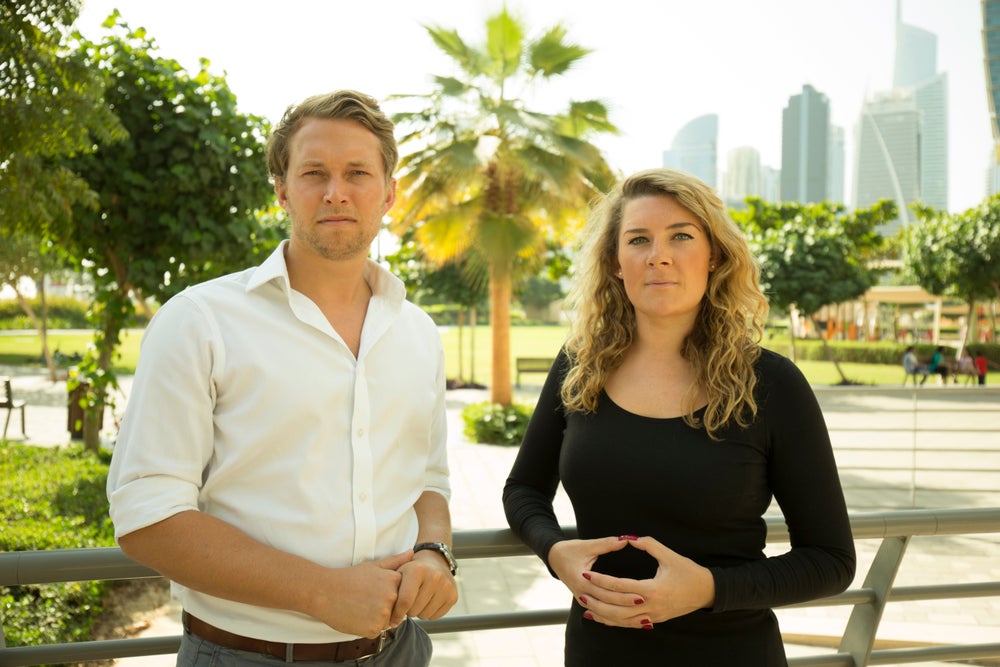 We made life hard for ourselves by being focused on remaining independent, creating our own technology, and providing the best customer service possible from day one, and the delays were demoralizing, and at times, we wondered if we’d ever get to launch. However, with persistence, we broke down each of the barriers, and four years (and a lot more grey hairs) later, we launched in May this year. We had to overcome so many challenges in those four years to launch, the most time-consuming being banking (try getting an account, let alone a banking partnership as a fintech startup in the UAE) and regulatory issues.

These barriers took so long to break down that we had got used to running the company in a cycle of break down a barrier, move to the next problem, raise funding to keep the lights on, repeat. So, when we had finally received the last of the approvals required earlier this year and launched, it all felt quite surreal.

For the first time, and after years of planning, we had customers. This meant the problems we had to solve quickly changed from dealing with bankers, regulators, and investors, to issues such as customers losing their cards, remittances being delayed, customers not having the right documentation to open an account, etc. We realized that even with the most comprehensive planning, you cannot prepare for (and have no idea of) what will happen until you launch! We’ve learned to be very nimble and adaptable, aided by our incredible in-house team of tech developers that are all with us in Dubai and everyone in the company (and this means everyone!) is on the ground with customers at least once a fortnight. We believe it is this connection with our customers, and our ability to innovate quickly to optimize ourselves around their needs, which sets us apart from the competition.

The satisfaction and validation of our mission that we’ve seen since launching has been immense. Numbers of customers continue to grow strongly -we’ll accept over 2,000 new customers in September alone- but the most pleasing thing has been the reception from customers. With an account through NOW Money, it would be easy for our customers to use the MasterCard we provide to take their salary out at an ATM, and continue to spend this cash in the same way in which they did before, and at first, they did. In our first month in May, just 12% of our customers used the account for anything other than cash withdrawal. However, since then, the engagement has exploded as customers discover the range of services available to them in the app- services that save them significant amounts of time and money, which ultimately ends up in the hands of their families back home.

Related: Waking Up To The Future Of Banking: UAE Fintech Startups Take On The Challenge Of Financial Inclusion 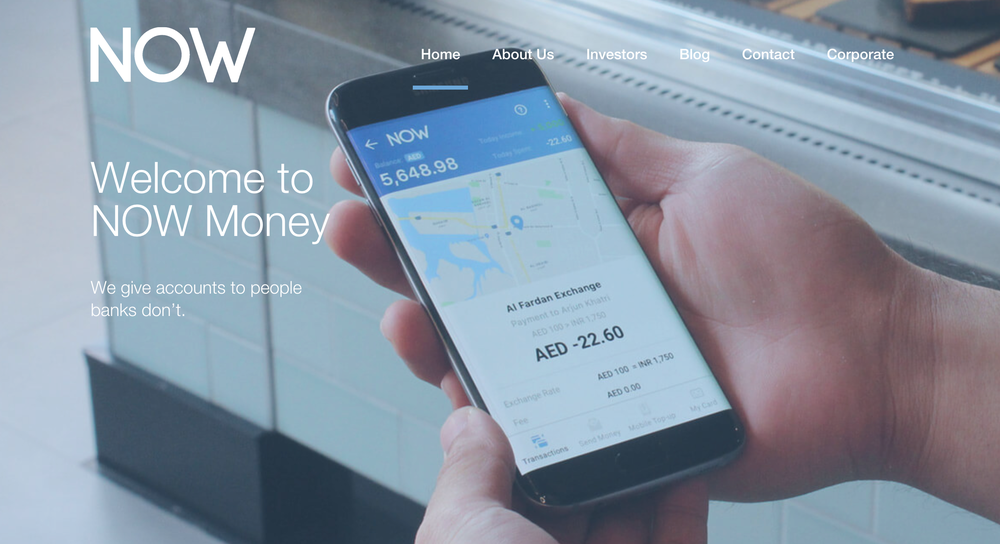 And as word of mouth spreads amongst our customers, the change in behavior has happened rapidly. Last month, almost 60% of our customers made an in-app transaction or significant card spend in-store, and this ratio is continuing to trend strongly upwards. More importantly, the direct feedback we collect daily has been overwhelmingly positive, with customers used to often being ignored surprised that a company would go to such lengths to provide a great solution for them.

It is also pleasing is to see the appreciation of their employers. Employers in the UAE often get a bad rap for the way they treat staff- but those we’ve worked with really do care, and on a couple of occasions, I have even been called directly to thank us for providing a service their employees like so much, and that provides them with the financial independence they’ve not experienced before. This has led to employers referring us to other corporates in their networks- the very best form of sales lead.

We’ve just closed a funding round, led by the UK’s leading fintech venture capital investor. We are working hard on adding additional exchange and other partners to our network to give our customers more choices, preparing for upcoming launches to Saudi Arabia and Bahrain, and working on an offering for SMEs in the UAE. But one goal that will remain our number one priority -the same mission that got Katharine and I through the tough times for four years- is providing the best account in the GCC for our customers. We don’t believe that income, nationality, or any other factor should stop anyone from having the best experience and loving their account, and so far, the response we’ve seen from our customers is proving that it isn’t.

Related: The MENA Region Is Bustling With Fintechs (And Here's How Visa Is Empowering Them) http://entm.ag/um61

Ian Dillon is the co-founder of NOW Money. Ian was educated at Cambridge and Exeter Universities. Whilst at Cambridge, he started a successful e-commerce business, which has recently been sold. Ian’s former banking career was spent at HSBC, working in retail and corporate banking and FX, before taking a management role within investment banking capital markets. In 2015, he co-founded NOW Money, an accounts and remittance service for the unbanked population of the Middle East. He was recently honored with the “UAE Fintech Founder” award at the Fintech Abu Dhabi 2019 Awards.