Launching A Fintech Startup? Here's How We Built Ours

We didn't start NOW Money to "disrupt" the existing banking system. It's the reluctance of traditional banks to bank low-income people that yielded the opportunity for NOW Money.

This article is written in response to the witty Matthew Hughes' article on The Next Web: "Please don't launch a fintech startup."

18 months ago, on another hot day during Ramadan in Dubai, my NOW Money co-founder Ian Dillon and I were working out of my living room on a startup idea- but no, it was not the business that is associated with our names today.

We had left our day jobs to start an analytics and automation company, and had met some "branchless" banks from the UK who were interested in what we had to offer. But as we looked into the branchless banking concept, we started to wonder if such a model would work here in the UAE- after all, a shocking 70% of the UAE's working population can't access a bank account because, well, they don't earn enough. We began to think if this Western trend of branchless mobile banking could work for these people –easy, right?- but given that this wasn't the priority for our then business, we were going to park the idea. However, we quickly realized we were struggling to leave it alone, and eventually, we were researching little else.

"Yes," Ian replied. "Fully on the banking idea. I know it's annoying we're having to make a tangent, but this is big- too big for us to pass up."

And so– we launched a fintech startup. 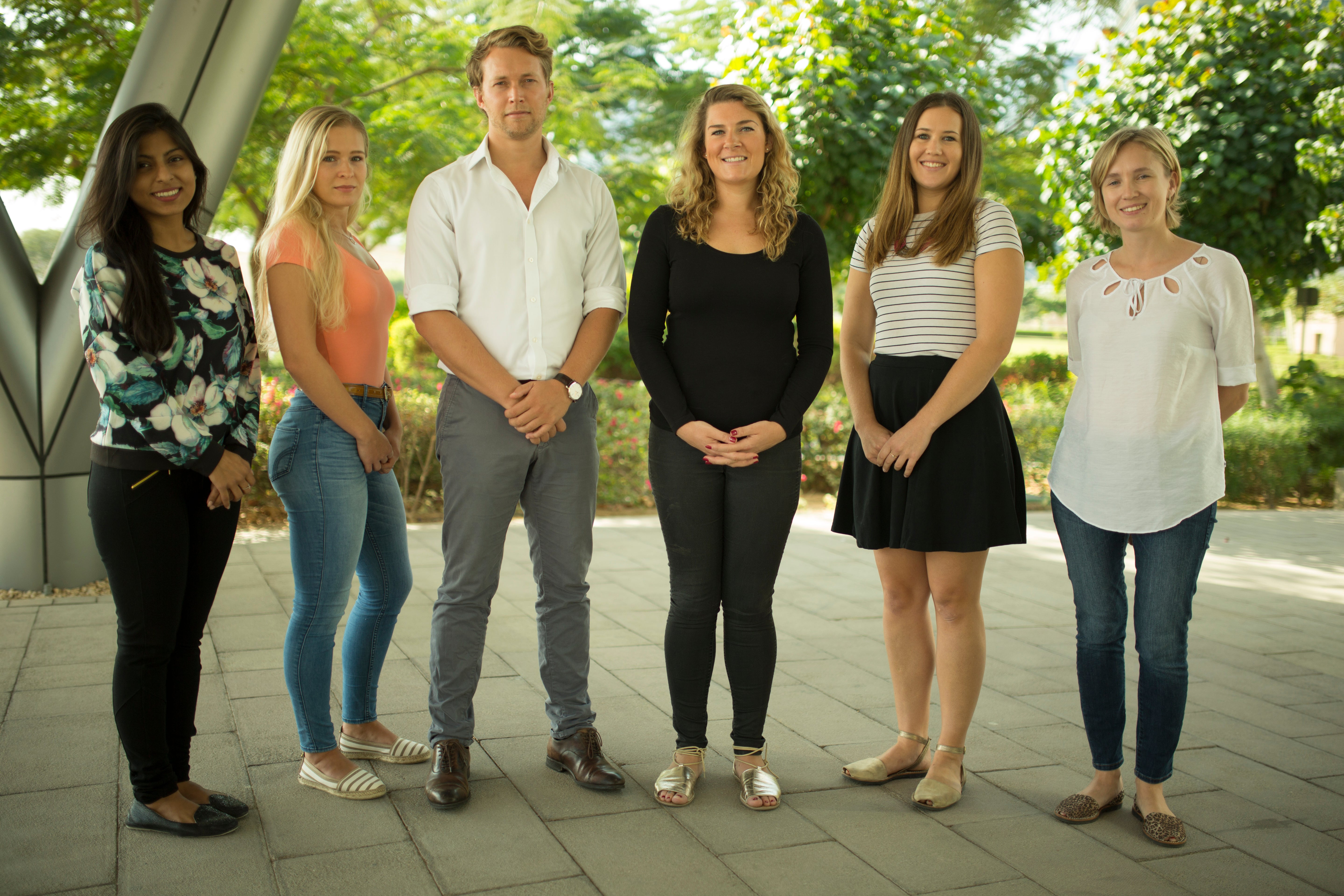 I'd like to begin by saying that Ian and I didn't start NOW Money to "disrupt" the existing banking system. It's the reluctance of traditional banks to bank low-income people that yielded the opportunity for NOW Money. Yes, banks are frustrating (in more ways than I could have realized, some of which I'll discuss), and it's fun to imagine them as a villainous "baddie," but in reality, there is no figurehead within traditional banks maliciously trying to make life difficult for customers, or hostile for startups. Banks are faceless organizations built on 70's IT on the telephony system. New technologies such as apps have since emerged, so banks have had to "patch" on top of a system that is, quite frankly, less suitable than a floppy disk, and in doing so, created a "spaghetti junction." Delayed transactions also result from these systems, and those happen to make a healthy profit for banks. So upgrading the systems would cost money, and take away a revenue stream. It's a messy behemoth too big to fix. Go figure.

So what do you need to launch a fintech startup? Start with top talent. Deep industry experience helps. Whilst some experience outside finance is helpful –Antony Thomson built the customer-centric Metro Bank with a retail approach- successfully getting into fintech with experience only outside the financial sector isn't impossible, but will increase the length of time you have to bootstrap whilst you get to grips with the complexities of payments. This is not a stark contrast to other tech startups though– there are few (read as: no) successful tech companies led by individuals with superficial knowledge of their industry.

Regulatory issues are a hurdle often cited by fintechs, particularly "Know Your Customer" (KYC), which are procedures put in place by regulators to ensure payments are collected safely to prevent money laundering and criminal funding. These requirements are not new. They were in place before we (or you) set up a fintech, so they shouldn't really be a surprise. If you are doing something new, test rigorously, do it safely, and according to the best precedents you have. Rushing in without the necessary precautions is a recipe for disaster. There are actually opportunities to improve on KYC, as we are with NOW Money. For instance, low-income people are known to sometimes share pin and passwords, so we've chosen to integrate Aimbrain, a biometric authentication software, as an additional security layer, from the start. We also keep more cash in a digital, track-able financial system, which is a vast improvement on the cash-based system that 75% of current UAE remittances are currently made through.

Partnerships, particularly in the Middle East, can be painfully slow. In NOW Money's early days, we found it surprisingly straightforward to get in front of senior people at banks, who were enthusiastic about what we proposed. The downfall was that too many people would be involved from the start, and subsequently more and more, until the project collapsed due to lack of leadership. Again, we can't blame this on banks trying to be difficult. Even supposed decision-makers keen to support fintech are handicapped by the cumbersome nature of their organizations. Fintech buzz events like "innovation jams," "hackathons," and "startup bootcamps" are also not a magic bullet. They can be a good networking opportunity, but they don't equal a partnership, or even a corporate bank account. When your time is finite, they can even be a little damaging, so take part with caution. We have since built some excellent partnerships, but it has taken time to unearth these nimble players. We got there in the end though. Thanks guys! 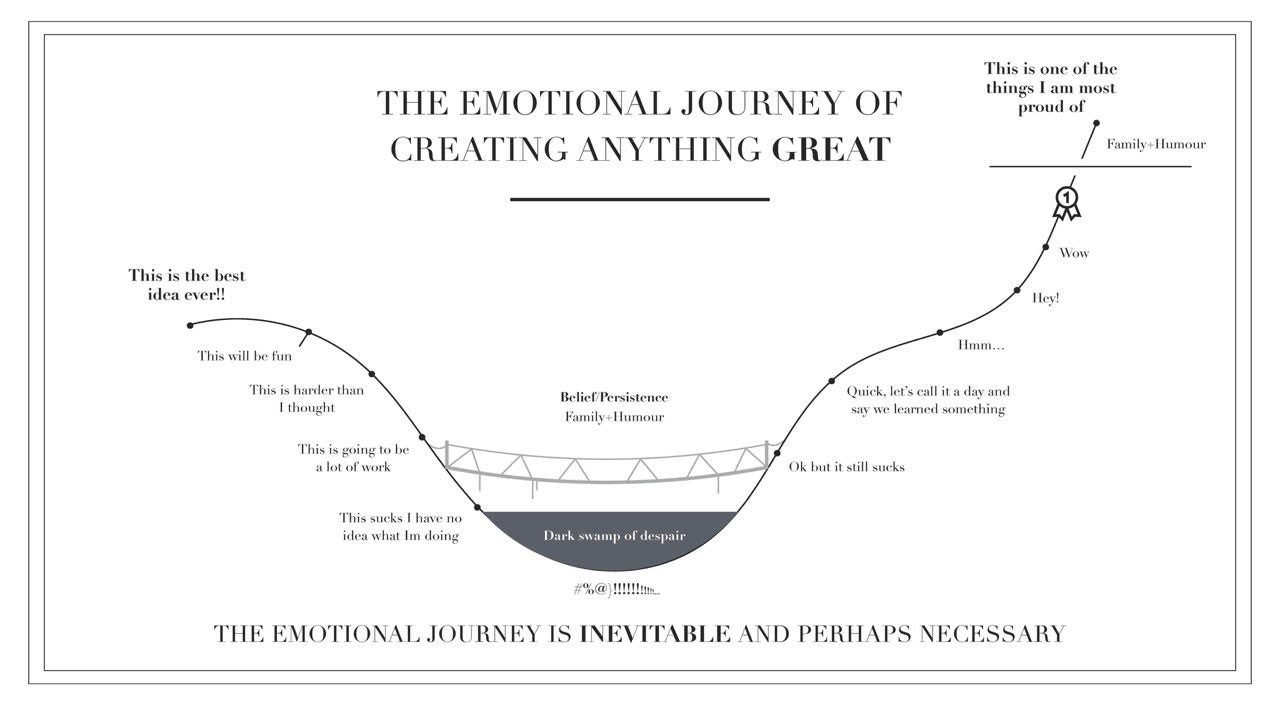 I'm going to skip the business model chat (too obvious), but it wouldn't be right to miss out funding in an article about what it's like to start a fintech. I have only worked in a fintech that has raised funds, and previously worked in a fintech that did so quite a few times, so perhaps I am biased– but whilst it is very, very hard, it's not impossible. Venture funds (in the Middle East, anyway) are unlikely to be early investors in fintech. The bottom line is, it's they're usually dealing with their own investors used to making guaranteed (albeit lower) returns on real-estate deals. Don't be fooled by VCs who claim to be on the "fintech train." Ecommerce or social apps are established enough for VCs– anything else is probably too new and risky. VCs are helpful, smart people with strong networks though, and establishing an early relationship with them is important. They want to see you succeed so they can be part of your journey when the time is right for them to invest. Maybe they won't be your seed investor, but someone in their network might be. More likely, it will be someone in your (extended) network. Just keep talking about your business to everyone you know to increase the chance of finding them! These people are also your first point of market validation.

Keep the faith. I can't think of another industry that offers both the humanitarian and commercial return on investment that financial inclusion does. Persist! You might just nail a free throw from a hundred feet away, wearing a blindfold– someone might even just move the hoop a bit closer for you.

Katharine Budd is the co-founder of NOW Money, a mobile banking and remittance app for lower-income people in the Gulf.

Whatever stage you are at in your business venture, there's a lot you can learn from these money-minded flicks.