While the Chinese applications were crushed, Indian saw gold rush! To know more we spoke to founders of popular Indian apps that are serving as an alternative to popular Chinese apps

The border battle between the two nations and our brave soldiers dying fighting the Chinese troops at Galwan Valley on 15 June 2020, just repeated a chapter from the history. The strong sentiments led the Indian Indian government to finally take a stern step of banning 59 Chinese apps in India. 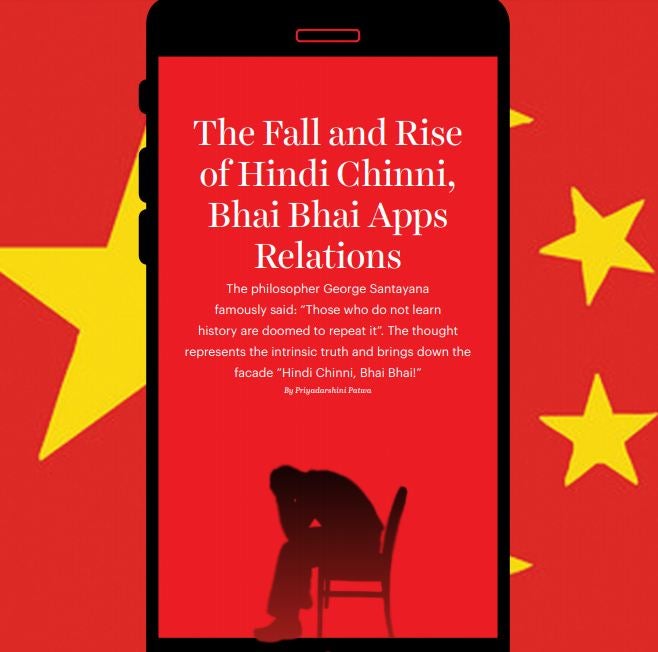 The anti-china sentiments across the country loudly called for the boycott of all the Chinese apps. "India is not happy, China is not happy", and when two countries are at tiff, it's the economy that gets hits. The step of banning their apps did attract flak but finally opened the market for local developers. The practice of using homegrown apps is followed by various countries which simply leads to domestic growth. So, it wouldn't be wrong to say this move by the government came due to political reasonings but it the first step towards the right direction.

While the ban covers a range of apps, TikTok, ShareIt, UC web browsers, Shein were among the most used in India. This has opened a huge market for Indian alternatives to fill in the gap that was directly competing with the Chinese apps and also aligning with Prime Minister Narendra Modi's 'Vocal for Local' initiative.

Indian consumers are looking for apps with similar functionality and Indian entrepreneurs have come up with a replacement. It's quite impressive to see how Indian applications saw a huge surge with people finally opting for native apps. While the Chinese applications were crushed, Indian saw gold rush! To know more we spoke to founders of popular Indian apps that are serving as an alternative to popular Chinese apps. 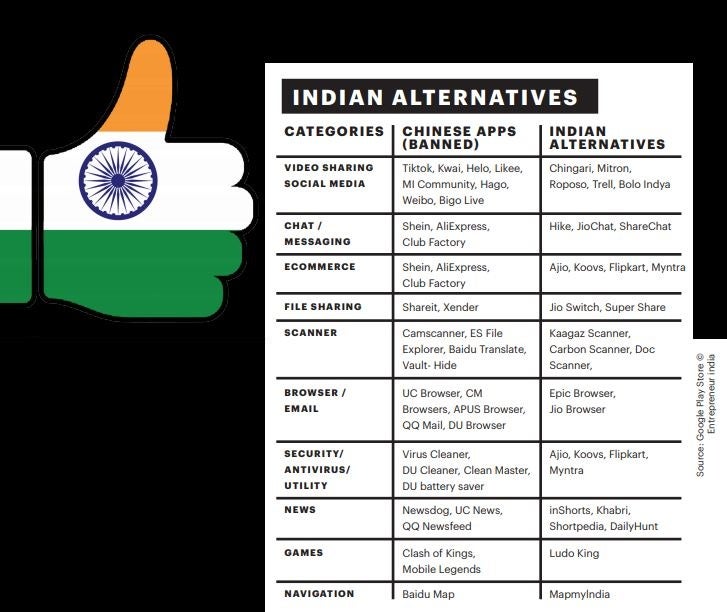 With over 611 Mn downloads and over 200 Mn monthly active users, TikTok created a sensational wave among the growing influencers. The homegrown market always had alternatives like Chingari, Roposo, Mitron, Bolo Indya. Thanks to the unprecedented ban, the TikTok stars found another home for themselves. While Roposo on one hand got over 55 Mn downloads and 25 Mn monthly active users, Mitron's traffic went up 11-folds.

"Our app was downloaded by millions of Indian users, even before the ban. Immediately after the ban on Chinese apps, Mitron traffic went up 11-fold. Within 10 days there were more than 4.2 billion videos were viewed which is beyond all expectations we had," said Shivank Agrawal, Founder & CEO, Mitron.

This move comes as a unique window of opevery dayy for Indian apps to be able to bring value to the table for Indian content creators while maintaining high standards around data privacy and security. Most of the Indian apps have seen an uptick in user base because of this concern.

Another app that saw a massive sign up was Bolo Indya with 32 lakh users joining the platform. An average user was seen spending more than 62 min with more than 9 lakh videos being created per day across 11 Indian languages which we offer as the platform.

Talking from development, how to keep the user base and content creators constant, Varun Saxena, Founder, Bolo Indya said, "To be able to hook these users coming to Indian apps, we would need a strong and advanced AI and ML-driven recommendations and personalisation engine. There is also a need for good AR filters which shall empower the users to create more content with ease. Simultaneously, innovate on the avenues which could enable content creators to transform their social capital to financial independence by being able to grow and earn more as the platform continues to scale."

The vacuum created in the digital ecosystem was embraced by local app makers as an opportunity for their benefit. "We have constantly been in touch with many of the creators who have recently joined us, they are supportive and excited to be a part of a homegrown platform that can help them share their passions and interests with our community in a safe environment," said Pulkit Agrawal, Co-Founder, Trell, a short video app.

Although the government has banned these apps, it may be a narrow window before they are reinstated. However, this does allow Indian apps to make headway and gain traction. The Indian consumer psyche has evolved with exposure to international apps and they want no less when it comes to service. Indian apps not just need to be a replacement but provide the same experience to the consumer.

Joining the league of conferencing app is also VideoMeet, developed by Ajay Data, Founder and Ceo, Data Ingenious Global Ltd. Since the ban the app has served almost 1.5 lakh conference minutes everyday. "We have designed our app to suit corporate, educational, and personal meeting requirements effortlessly, with easy logging in procedure. All meetings come with end-to-end encryption for enhanced data privacy and security."

With the digital being new normal, we all were moving towards audio apps. But it wasn't until the ban that people became acquainted with Indian audio apps. Within a couple of days, Khabri saw a surge of 80% in terms of daily downloads and was trending at the fourth position on the Google Playstore charts. "The gap created by the Chinese video app is being filled by multiple Indian video apps. And it's interesting to see how we as an audio platform are also contributing to it. Creators are opting for the audio platform to showcase their non-visual category of talent," said Sandeep Singh, Co-Founder, and President, Khabri.

Another podcast platform that saw a massive rise was Kuku FM which has over 5,000 hours of content in regional languages. "We are building a new category in itself for Indian content & Indian creators. The ban compelled users to explore playstore which led to 1.5x increase users," said Lal Chand Bisu, Co-founder and CEO, Kuku FM.

With innumerable reports of Chinese apps, sharing user data with the Chinese government, data privacy concerns became a major issue. One thing about most apps developed in India is that data security is ensured using encryption.

"There is a paradigm shift among users towards installing Indian apps as slowly they are understanding how great these apps are and how their data is never misutilised. We are noticing a considerable rise in the number of downloads in 'Super Share' and are consistently working on making the app run smoothly in the current environment," said Raghu Raaj Shekhar, Founder, and CEO of Monkhub.

Coming to scanning apps, most of us were overactive on CamScanner. However, it took one step and came Indian scanners into the picture. Kartik Sharma, CEO & Co-Founder of KShark Apps highlighted how they were in the making of the apps even before the ban, but the move gave some of their apps a surge of over 200 per cent.

"Our app referrals saw a 50% hike after the ban. Our latest app Carbon Scanner, got on the trending list four times and crossed 50k downloads within 3 days. It's now getting 10-20k downloads a day. We are also seeing people buying more paid apps and in-app purchases."

Making the best of the movement was Snehanshu Gandhi, Founder, Kaagaz Scanner. "Kaagaz was launched two weeks before the Chinese app ban happened. Immediately after the ban, we started getting a lot of traction from all the users who were looking for an Indian alternative of CamScanner. We got over one lakh downloads in 24 hours."

Apps That Will Ease Your Lifestyle and Survival During Covid-19

#8 Apps to Stay Creative, Entertaining and Artistic During Covid-19

(This cover story was first published in the August issue of Entrepreneur Magazine. To subscribe, click here)