When the government of India banned 59 Chinese apps, it brought an opportunity for Indians to "Be Indian Buy Indian". Bringing you a list of five Indian alternatives to Zoom and Google Meet

Covid-19 has rebooted our lives and made us transport to a tech era. Work from home has become a new way of life. There was a time when traveling across borders was a necessity to seal a deal, however, video conferencing proved you could anything, anywhere. Who would have thought a pandemic would change life so much? 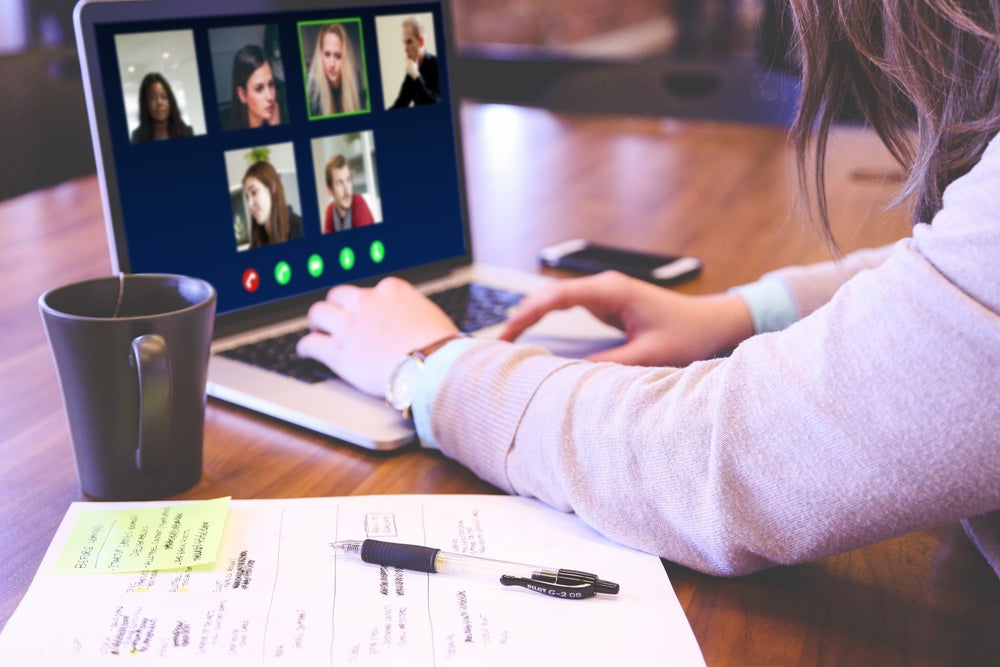 The popular video conferencing services Zoom, Google Meet, became part of our daily routines. From connecting with people on a professional level to personal, it became our go-to-apps. However, when the government of India banned 59 Chinese apps, it became evident that the decision was going to change a lot of fates. We saw Zoom coming under the cloud due to security reasons and we pretty much know after Edward Snowden's revelation that the Internet is not at all a safe place.

While on one hand many of us couldn't think of these apps not existing, within a few days it became another new normal. The ban brought an opportunity for Indians to "Be Indian Buy Indian" and amplify PMNarendra Modi's message of being 'Vocal For Local' and self-reliability as the country.

We soon saw, Reliance launching it's video calling app JioMeet, a take on Zoom. Several citizens are already buycotting the usage of foreign apps. In fact, in a recent development, the Confederation of All India Traders (CAIT) has asked traders and retailers to buycott Zoom as a communication platform instead started using JioMeet, an Indian alternative.

"As a part of its boycott Chinese goods national campaign launched on 10 June, CAIT has now stopped using Zoom as its communication tool and has adopted Jio Meet, an Indian alternative as its communication platform with the trading community across the country," said Praveen Khandelwal, secretary-general, CAIT in a statement.

The ban against Chinese apps and sentiments to buycott them is quite strong. This is also the time when most users are looking for Indian alternatives to support the country. Entrepreneur India brings you a list of five Indian video conferencing applications that you can simply shift to and big goodbye to ZOOM! 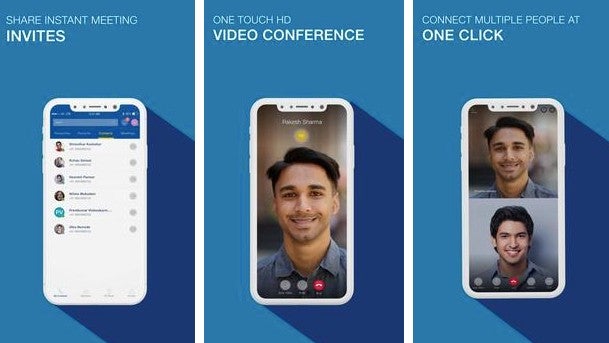 Beginning with the app that is the talk of the town, JioMeet is India's take on Zoom. Launched by Reliance JioMeet, is quite similar to Zoom, Google Meet, and Microsoft Teams. The app allows users to set up a one on one call or a conference call with up to 100 participants with enterprise-grade host control. It also allows users to host or join an unlimited number of calls.

Free of charge, the USP of the app is that unlike Zoom the duration of call here isn't limited to 40 minutes and can last up to 24 hours. The "enterprise-grade host controls' offered in JioMeets include password protection for meetings, multi-device, login support, ability to share screen, a waiting room, ability to schedule meetings, and more. One can also access the platform through Google Chrome and Mozilla Firefox on computers.

Floor comes with various features such as audience polls, Q&A, social forum, user matching for networking, content sharing, etc. essential to keep users engaged and host a valuable live-event. The platform can be used for both video calling and online events management. When looking to host a seminar, one would be delighted to know that the platform can host multiple sessions simultaneously, with up to 1 million participants. 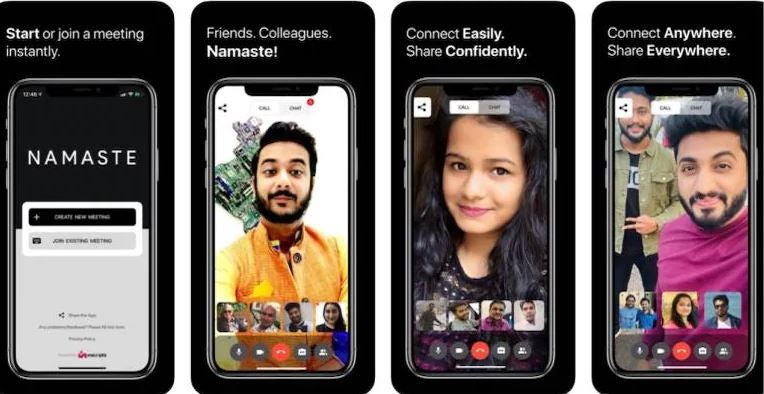 Developed by Inscripts India Private Limited, Say Namaste is a secure, private & encrypted 1:1 and multi-party text, voice, and video conferencing solution. A video call can have up to 50 participants in a and comes with features such as screen sharing, text mode, file sharing, and more. The app also allows users to chat via text messages on the app during an ongoing video call. Joining and creating a meeting room is extremely easy, all you need to do is click on Start or Join meeting, create code, and connect. It's as simple as it sounds.

KL Meet video conferencing app has been developed by Knowledge Lens (Bangalore Based Firm) includes features like audio/video calls, chat, screen sharing, recording, personal calendar/ organizer, conducting meetings and contacts. Available for Web, iOS & Android devices. Talking about data security and privacy, it's quite secure as it is a completely in-house hosted solution for businesses of any size. The entire data resides within the enterprise boundary and this is the USP of the app. There is no need for any external login and this can seamlessly integrate with the Enterprise Active Directory. Additionally, there is no plugin to download like CISCO Webex or Zoom, so the end-user need not worry about any such vulnerabilities.

Airmeet is all about hosting an online event, large-scale conferences, and having meaningful interactions. The interesting part of the platform is that it manages the entire event end-to-end and lets the organiser manage registrations, event details, and more from a single place. It's also user-friendly as the audience doesn't need to go through hoops of downloading an app to attend the event. With social lounge, Airmeet enables the chance interactions, akin to bumping into someone at an offline event, while backstage lets the organiser be prepared with the speakers. You also have Q&A and raise hand features to keep the audience engaged during the event.