Cityflo operates a fleet of Mercedes Benz buses that have ergonomic, reclining seats and are equipped with air-suspension for comfortable ride
Next Article

Indians spend around 100 minutes per day in their cars. Such is the traffic congestion in the country. Narrow roads, excessive four wheelers and lackadaisical attitude towards traffic signals have only made matters worse. According to a survey conducted by Ford Motor Company, almost 40 per cent of the Indian respondents spent 12 hours in their cars a week which is much higher than densely populated China, Thailand, the Philippines and even Australia.

Mumbai, considered to be one of the densely populated cities in the world, is carrying its own burden which includes incessant road construction and potholes which has resulted in a person spending around 8 days and 17 hours per year in traffic as per a report by TomTom traffic index . Imagine the number of online classes that you could have taken during this time or have binged that favorite show of yours or simply could have relaxed and gathered your thoughts rather than screaming at a biker who recklessly overtook you?

A Mumbai-based startup, Cityflo—incepted in 2015 by Jerin Venad along with four other IIT-Bombay alumni Subhash Sundaravadivelu, Rushabh Shah,  Ankit Agrawal and Sankalp Kelshikar—is providing a comfortable and stress-free commute experience for professionals in Mumbai. In an interaction with Entrepreneur India, Venad talks about what led to the inception of Cityflo and how it was resilient even during the lockdown.

Venad before taking a plunge into the entrepreneurial world, was working as an associate at Ernst & Young. Venad who was frustrated with his daily commute after spending hours found company and validation from his colleagues who also faced similar challenges.

The sheer annoyance made Venad think if there can be an alternate mode of transport, which is both comfortable and stress free. As a result, Venad with five other friends ended up founding Cityflo, an app-based bus service that provides a comfortable and stress-free commute experience for professionals in Mumbai. The startup operates a fleet of Mercedes Benz buses  that have ergonomic, reclining seats and are equipped with air-suspension for comfortable ride. 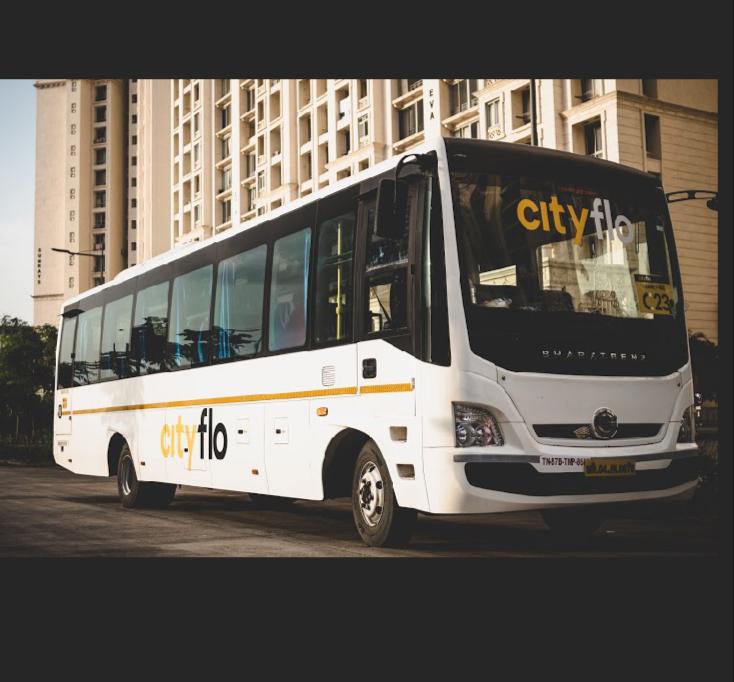 When asked why Mumbai was the first city Citflo chose to operate, despite the city boasting of its suburban trains and BEST buses, Venad said, “Mumbai has seen an increasing number of people opting for cars. Relying on a car for my daily commute is both expensive and stressful. This is the person Cityflo serves.”

He claims that Cityflo is designed to serve around 1.1 million car owners and that passengers can get a bus every 15 minutes in their neighbourhood during office hours.

Cityflo has been initially supported by Prasanna Patwardhan, CMD at Prasanna Purple Mobility solution, Vishal Dixit, founder of Adya.Care. The startup is funded by Lightbox and India Quotient. In November last year, amidst the virus outbreak, the startup bagged INR 57 crore in Series A round.

The onset of the COVID-19 outbreak instilled a fear of getting exposed to the contagious virus if travelled in public transport. The imposition of stringent lockdown only added woes to the already grappling sector. Cityflo, which is an asset-light startup, saw zero revenue in the initial two month of the lockdowns. However, Venad said during these times, the company worked on its app, updated accounting practices and set up employee goals with the HR team. Post the lockdown, the startup undertook required protocols to ensure passengers’ safety which included buses to be disinfected twice daily, mask mandatory for passengers and bus drivers, among others.

The startup is planning to serve 30,000 passengers daily in the next 18 months while operating 400 buses across 25 heavy traffic routes in the city.  “Mumbai alone has 1.7 crore daily commuters, which leaves us with plenty of room to grow. We are looking at scaling up to at least 5 lakh daily commuters in the city,” he added. The startup now provides a subscription rate starting at INR 6000 a month.

5 Reasons Why You Should Become a Digital Nomad