With His New App, X By OJ Lifestyle, Omar Jackson Wants To Shake Up The World Of Experiences

At face value, OJ Lifestyle may initially come across as yet another lifestyle-influencing brand, but look a little closer, and one will find the platform's essence to be based off Jackson's life experiences and lessons.

By Aalia Mehreen Ahmed April 25, 2021
Opinions expressed by Entrepreneur contributors are their own.
You're reading Entrepreneur Middle East, an international franchise of Entrepreneur Media.

A partner at a global private equity firm. A professional racing driver. A founder and creator of a lifestyle app. It is possible that each of these descriptions render images of three distinctly different individuals. For Omar Jackson, however, wearing all three hats at the same time seems to be a seamless process.

Private equity firm Berkeley Assets, headquartered in the British Virgin Islands, is a multi-asset company with a diversified portfolio of investments across several sectors for well over a decade now. One of the five key people in the firm’s global leadership team is Jackson, who has been designated as a partner responsible for developing Berkeley Assets’ global growth strategies for both existing and new markets.

While this corporate role can be considered as the Dubai-based British national’s day job, Jackson is also the founder of his eponymous lifestyle brand, OJ Lifestyle. Billed as “a disruptive force of passion and drive, designed to energize, thrill, and inspire,” it primarily aims to bring exciting offers from a plethora of lifestyle brands across the UAE to one accessible platform. In a nutshell, the platform aims to cater to three main verticals: experiences, fashion, and social sustainability.

At face value, OJ Lifestyle may initially come across as yet another lifestyle-influencing brand, but look a little closer, and one will find the platform’s essence to be based off Jackson’s life experiences and lessons, which includes his humble beginnings in life, having been raised by a single mother. In fact, it seems like Jackson has incorporated the biggest turning points of his life into creating the brand. “I think I naturally had a fire in my belly, and a desire to have lots of things that I didn’t have growing up,” he says. “My mum worked very, very hard with the main priority of providing food and shelter, and to give my brother and me the best education she could. Witnessing what my mum did every day has a big part to play in who I’ve become today.” 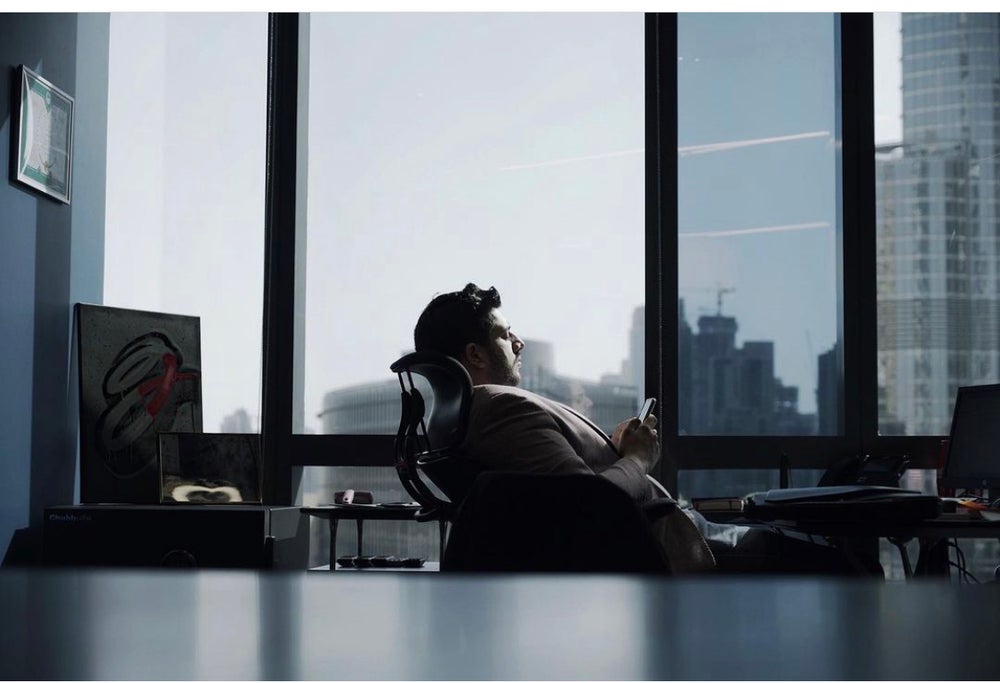 In an era when our social media timelines are increasingly inundated with influencers and lifestyle gurus who flaunt the concept of a picture-perfect life, it is refreshing to listen to what Jackson believes is an ideal lifestyle- his personal viewpoint is largely the by-product of surviving a potentially life-ending allergy attack when he was 18. “When I survived that, which I am thankful for, it gave me a different perspective on life- anything can happen any day, you have to live life to the fullest, and you have to do what you love to do,” Jackson says. “Which means living a lifestyle that means something to you as a person, because every person is different. Living a life that grants you the satisfaction that you want.”

This focus on individuality and personal preference is thus a key aspect of Jackson’s approach to build his lifestyle brand. But there is another more noteworthy aspect to the firm’s offerings- that of social responsibility, and the concept of “giving back.” With a focus on entrepreneurial ventures as well as community projects in areas of the world that require sustainable assistance, the origins of this facet of the business can again directly be correlated to Jackson’s life. “Giving back was never a strategy of mine,” he says. “It’s just that I was brought up in a way where I was told that there are always people worse off than you, and that everyone deserves equal opportunities. So, I don’t really work with charities in that regard, I take a more personal way.”

The results of OJ Lifestyle’s social sustainability endeavors, so far, have been heartening. “I know we could change a lot of lives for the better by helping in building a school in a village in Tanzania and providing education to a very unfortunate group of children. When I visited Sri Lanka on a personal holiday, I was able to renovate a local orphanage where children lived and were educated, and we also supported them through the COVID-19 crisis in 2020. We were able to send two months worth of food, supplies, sanitizing equipment to support over a 100 kids and 20 adults who were their minders and teachers.”

Related: The Best Of The Best: Joelle Mardinian Gets Candid About What Drives Her Life And Career

As Jackson narrates the social causes he’s worked on, he continues to reiterate multiple times that none of these were done based on a calculated strategy. “We’ve also fed over 10,000 workers at a labor district called Sonapur in 2019 during Ramadan with the very kind support from Dubai Police,” he continues. “That was planned in four days, in a spur of the moment. I go with my gut instinct with such initiatives. It’s all because of how I was brought up, the mentoring and assistance that I received once upon a time. I know the difference it made to my life. So where I can, I will help.” The mentoring Jackson alludes to here is that which he received from two individuals he met when he was a teenager: Ash Shah and Mike Clark. Interestingly enough, all these years later, Shah and Clark are now his fellow partners at Berkeley Assets. “I was fortunate enough to have a couple of important mentors in my life, and both of those mentors are now my mentors at Berkeley Assets,” says Jackson. “I know the difference they made to me, and the guidance they gave me. If it weren’t for other people, I potentially may not be where I am today. So, I strive to always make a difference where I can. If my instinct tells me I should do something, then I’ll do it.”

This observation very neatly loops right back into why OJ Lifestyle was started in the first place. “The number one priority in life are experiences- that is the focus of OJ Lifestyle,” states Jackson. “You don’t get experiences by sitting down on your sofa at home- you get them by living and breathing, by being out and about. So, I want to drive people, utilizing technology and digital advances, towards an app called X.” Jackson explains that the X app helps users navigate their way through enticing offers from lifestyle brands in and around the UAE. Ranging from luxury experiences to daily necessities, the app is designed to help members redeem offers from lifestyle outlets such as restaurants, beach clubs, beauty salons, and other high-end experiences. This, in turn, leads to the accrual of “X points” in a given member’s personal membership account, which can be further used to avail any of OJ Lifestyle’s many events around the country, including live events.

Available for free download from both iOS and Android platforms, the membership costs AED699 for a period of 12 months. Perhaps unsurprisingly, the concept of social sustainability has been incorporated into the X app as well. By partnering with UAE-based non-profit charity Gulf For Good, which was founded under the patronage of H.H. Sheikh Ahmed Bin Saeed Al Maktoum, the app aims to help children affected by COVID-19 by donating a small part of each sign-up to the cause. The prime focus, however, has been to encourage having more real-life, visceral experiences.

But the idea of experiences itself changed with the arrival of the COVID-19 crisis last year. Live events were no longer viable, and Jackson and his team took the hit just like most businesses across the globe. In fact, the firm was prepared to launch a gym called The BOX by OJ Lifestyle, powered by Amir Khan in November 2020. But with the onset of the pandemic, that was moved to a tentative May 2021 launch date. 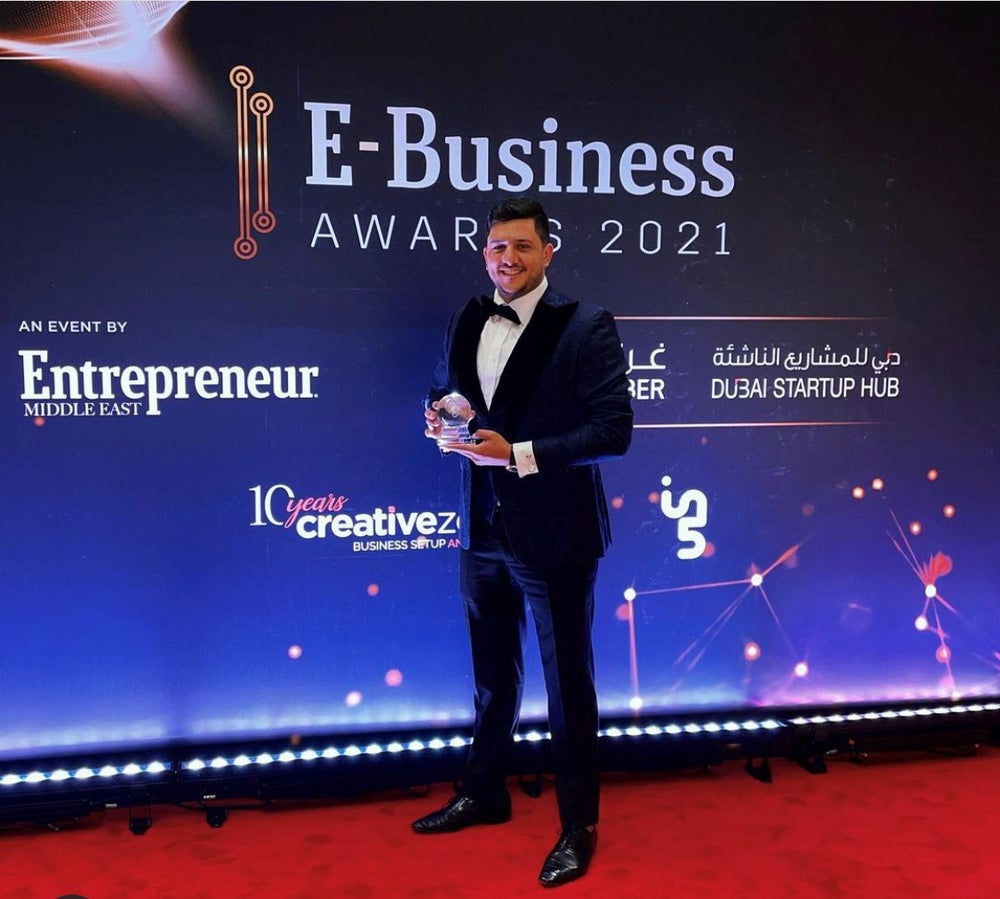 However, Jackson has taken this setback in his stride, noting how part of OJ Lifestyle’s ethos is to also showcase the downsides of running a business, not just the ups. “Too many businesses set up, and you only hear about them when they’re successful, but you don’t hear about the struggles or hurdles they’ve had to face,” explains Jackson. “OJ Lifestyle is not about that. We’re about showing the trials and tribulations, the challenges, and how we’re going through it. That’s okay, it’s life! Sometimes it is out of your control, and it’s all about how you handle the setbacks as a team.”

During such times of uncertainty, it is perhaps quite rare to witness such clarity of thought and calmness, and Jackson attributes having these traits to his experience as a professional racing driver. “With racing, it’s discipline, focus, staying calm under pressure, and the ability to deal with circumstances that you cannot plan for,” he elaborates. “All these things have had a massive contribution to who I am. I race professionally against Ferraris on international Formula One circuits where you’re one mistake away from a potentially fatal accident. Your head has to be in the right space because it requires attention to detail and focus like nothing else. All of these things I apply to various parts of my life, so if a hurdle hits me in business, I’m able to stay very calm under pressure.”

If there is anything that best reflects the results of Jackson’s cool-headed approach, it is his decision-making at Berkeley Assets through the pandemic last year- the most notable of which was the decision to not lay off any of his employees in any of the firm’s three offices. “On reflection, I made the right call, because we kept a team that was very close knit, and whilst they saw much of the world crumbling around them, they felt a sense of comfort that they were being taken care of during a very difficult period,” says Jackson. “There’s a reason why there is that loyalty within our walls- it’s a family life environment that doesn’t exist in many other scenarios, and I think that is what kept us together. It resulted in the end-of-year business turnover figures matching the same results as the start of the year. In fact, the first quarter of 2021 have been our best months ever.”

2021 undoubtedly comes along with its own share of challenges and opportunities for Jackson, but he remains upbeat and optimistic for what is to come. “We have multiple activations opening very soon, and the first one that I can mention is The Box by OJ Lifestyle, powered by Amir Khan, opening next to the Coca Cola Arena. There are some very exciting partnerships that are due to be announced imminently and in the future. I guess it’s the old clichéd saying of ‘watch this space,’ because it is a space to be watched, and we’re not short of anything, and have an action-packed schedule of launches, announcements, activities, activations, events- we’re just waiting for the doors of the world to open before we really kick into gear!”