By Aalia Mehreen Ahmed January 10, 2022
Opinions expressed by Entrepreneur contributors are their own.
You're reading Entrepreneur Middle East, an international franchise of Entrepreneur Media.

For 21-year-old Dubai-based Amit Singh, who describes himself as an “avid gamer, sports enthusiast, technophile, and fitness fanatic”, the realization that there was a lack of apps that catered specifically to the sports enthusiasts in the Middle East came as a bit of a surprise. “It was a revelation to me that in a country like the UAE, which has a cricket-loving expat population of over 55% hailing from India, Pakistan and Bangladesh, local cricket fantasy apps were practically non-existent,” says Singh. “Add to that the fact that there are more than 88.6 million football enthusiasts in the region, making it by far the most popular sport in the UAE across all nationalities.”

It was this observation that led to the creation of fan engagement app Boomer11 in March 2021. Singh and two of his close friends, who are also twenty-something year-olds, very quickly started their market research in order to test their business idea. One of the findings was an obvious interest for sports, such as football, cricket and basketball in the Middle East, particularly during major sporting events such as the FIFA World Cup, the Indian Premier League (IPL) and the NBA. But there was also a keen interest among the region's diverse communities in  locally played tournaments such as the Abu Dhabi T10 League, which has seen the participation of internationally renowned cricket players, such as England limited-overs captain Eoin Morgan and West Indies all-rounder Dwayne Bravo.

With this in mind, the three co-founders brought together a small team of sports and technology enthusiasts, from the UAE and India, to help with creating app content and technology-related operations. “Unlike many international sports apps which either focus on sports news or sports betting or only one sport, we wanted to provide a highly interactive and gamified experience for multiple sports, all in one app, catered to fans in the Middle East,” explains Singh.

The result has been a mobile-first, freemium app which offers features such as daily fantasy sports, quizzes, an engagement wall which offers exclusive content such as match highlights, as well as live match updates and scorecards. The app, which currently focuses only on the sports of football and cricket, is already available on Google Play Store, with the startup gearing up to launch the iOS version very soon. Notably, the app is available in Arabic as well, to cater across the cross-section of nationalities in the Middle East. And like many other fantasy sports games, the daily fantasy facet of Boomer11 too allows users to create fantasy teams during major tournaments, such as the IPL and the many football league games that take place during a given season.

But here’s where Singh has an interesting take, from a purely business perspective- he plans on keeping this feature of the app free. “Daily fantasy sports are, and will continue to be, a social game,” he says. “We understand that even in markets like India where there are 130 million users playing daily fantasy sports, around 80 % of the users play fantasy sports apps without using money. So, we plan to keep the core feature of the app free to play and would like to concentrate on other models for generating revenue.” And Singh already has quite a few ideas up his sleeve to achieve that goal. “We plan to create content and game formats which resonate with the audiences in the GCC which will give us a lot of organic users as well as barter deals with large brands and sport franchises that can enhance our reach within the region,” he says.

Related: Innovate Or Fail: The Cost Businesses Will Pay For Doing Nothing In An Era Of Accelerated Change

Currently bootstrapped with initial funds raised from friends and family, Singh says his team is now fully focused on strengthening its operations and increasing user reach across the region. He also mentions that foraying into providing features related to basketball matches as well as eSports is the next obvious plan of action. “Playing video games is a rewarding career option nowadays, and we would love it if we could enable people’s eSports careers through Boomer11,” says Singh.

The app has already gained 15,000 users since its launch, with an average user spending close to 30 minutes a day on the platform. All this with no major marketing activity so far. “While 80% of our users are from the UAE, we intend to take the new app to countries such as Saudi Arabia, Qatar, Bahrain, Egypt, Oman, and Kuwait,” adds Singh. This goal could potentially be fulfilled through Boomer11’s biggest partnership yet- a collaboration with the Abu Dhabi T10 League’s Delhi Bulls team. “So far we did not need to spend money on marketing, but to grow at a rapid pace we recently collaborated with the Delhi Bulls Abu Dhabi T10 team to shoot a “Boomer11 – pick play and win daily” ad campaign so that we can get the word out to the sports fan in the region,” he adds. “We hope more people download the app now and support us in our journey!” 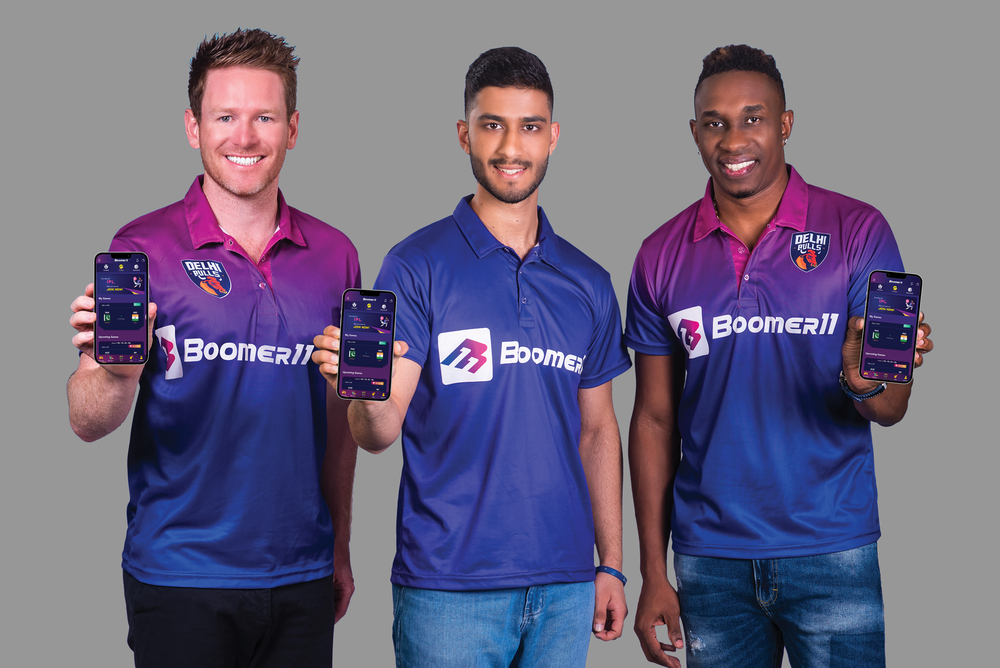 What is your plan to incentivize more people to not just download, but also use the app regularly?

Boomer11 is designed to provide an immersive and engaging experience along with instant gratification to its users who want to follow their favorite sport. The winning combination of Boomer 11 is that we have variety, versatility, and innovation. Our goal is to offer original products going beyond standard market formats and this is what makes us stand apart.

Our daily fantasy sports feature lets users create a fantasy team based on real-life matches like the IPL and football leagues to score maximum points and win exciting prizes or Boomer coins. Boomer coins can be redeemed for prizes or branded merchandise on the App. We gave out prizes such as gold coins, TVs, e-commerce vouchers during the recently concluded IPL and T20 world cup. Even without any prizes, we have seen users spend more than 30 minutes on the platform, to follow the game. We also have a referral program which allows users to win Boomer coins for inviting their friends.

How does the company maintain privacy and confidentiality of the users?

We have implemented policies and procedures which are in line with leading global practices related to security and privacy. We take the security and confidentiality of our users very seriously and ensure data is securely processed, accessed and stored within and outside the organization.

What is your vision for 2022, and how are you planning to align it with that of the UAE government?

We want to be the platform of choice for the sports fan in the region, build interesting content for users, and make sure they enjoy the engagement the app offers. We want to be the primary app for users to follow their favourite sport.! And with many popular sporting events expected in 2022, our first milestone would be to reach 500,000 users in the coming year. The way we are growing right now, and the amount of time spent by users and the frequency of usage we are seeing, the opportunity is massive. With encouraging support from the UAE government for startups, we aspire to be one of the 20 unicorns UAE aims to have by 2031!

Related: Eight Things Founders Wish They Were Told Before They Ventured Into Entrepreneurship In The MENA Region