Folia, which means "from the leaves" in Latin, celebrates wellness and imagination, represented with its usage of seasonal ingredients to showcase colors through cold and crisp dishes diners can enjoy.

Folia, a plant-based menu conceptualized by HRH Prince Khaled bin Alwaleed's KBW Ventures and celebrated chef Matthew Kenney, is launching at the Four Seasons Hotel Doha, Qatar, with the menu set to be a part of the hotel's Après Spa Café offering.

Commenting on Folia's launch in Qatar, Prince Khaled said, "It is fitting that Folia, crafted to appeal to palates that have been eaten the finest in healthy cuisine, is being presented at Four Seasons Doha now that Qatar is preparing to welcome the world for one of the biggest sporting events in history... I look forward to seeing the Qatari plant-based scene elevated with Chef Kenney's inspired dishes."

Shadi Sulemen, General Manager of Four Seasons Hotel Doha, added, "We are pleased to be presenting such flourishing food creations collaborated by the world-class chef, Matthew Kenney, and the energetic regional investor Prince Khaled bin Alwaleed, to celebrate every Four Seasons visitor with a special international plant-based cuisine infused with local touch to enjoy throughout the summer." 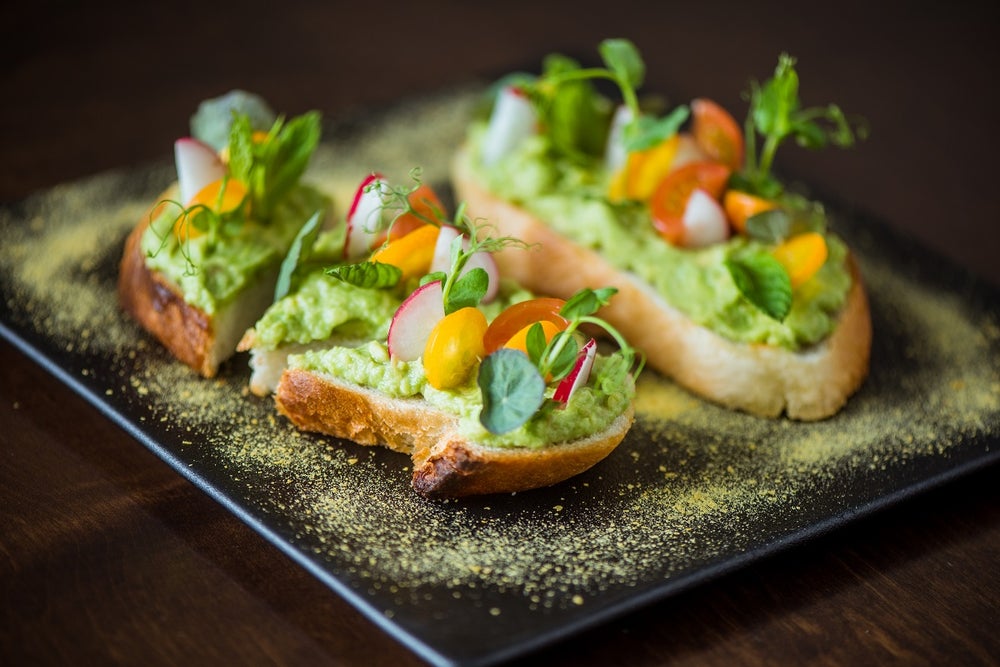 Folia, which means "from the leaves" in Latin, celebrates wellness and imagination, represented with its usage of seasonal ingredients to showcase colors through cold and crisp dishes diners can enjoy. From the menu, our eye has fallen on the mixed palette of green papayas, assorted with basil, cilantro, and spinach leaves, sprinkled with shredded carrots, and topped with cashew dressing.

For avocado fans, enjoy them on toast with kumquat, radish, and herbs. Another dish to look out for is the flavorful ravioli alfredo, stuffed with roasted butternut squash and vegan parmesan cheese, and the truffle pizza with Tuscan kale, wild mushrooms, cashew truffle cream, and lemon vinaigrette. And for dessert: don't miss out on the perfect combinations of zesty orange and chocolate, beachy coconut and banana, and blackberry and cocoa. Bon appétit!