An Inventor Reinvents His Business 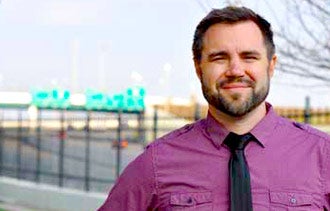 Christopher Hawker is a professional inventor. Born with the entrepreneurial bug, he had his own aquarium maintenance business by the age of 16, using filters he had designed and manufactured himself.

Today, Hawker runs the successful industrial design firm Trident Design LLC. Founded in 2000, the Columbus, Ohio-based Trident has brought over 50 inventions to market, innovations that can now be found in Walmart, Target, Staples, Best Buy and more. These products include the ProScraper, Onion Goggles, Garlic Master and the PowerSquid.

Yet it was the major success of one of his inventions that almost pushed Hawker's company into bankruptcy -- until the inventor realized he needed to reinvent his business.

On the verge of bankruptcy
After hitting the market in 2005, the PowerSquid, a power strip with flexible outlets, was selling well and providing steady cash flow to Trident. But when sales eventually declined in 2009, the licensee of the product decided to discontinue distribution.

"Based on early success, we thought the product would have a very long life," Hawker says. "I underestimated the risk of it going away."

At the time, Hawker's business model was hinged on generating one or two inventions a year and living on the royalties. What troubled Hawker was the fact that PowerSquid's sales accounted for nearly 85 percent of his company's revenue.

"Instead of treating that windfall [PowerSquid revenue] as a gift," Hawker says, "I took it for granted."

The bigger challenge, though, was that Hawker's business model required a long turnaround time. In the world of inventions, it can take three to five years to get a product to market.

Though Hawker had a lot of ideas brewing, he didn't have a stream of capital available. His company on the verge of bankruptcy, he was forced to reassess how Trident does business, in the process turning a potentially catastrophic situation into an opportunity.

Forced into scramble mode, Hawker and his small team took a cold hard look at their financials. Everyone immediately took pay cuts.

As they brainstormed ideas to survive, Hawker thought about the hundreds of emails he'd received, and previously ignored, after posting a popular article on the blog TechCrunch. In the emails, people shared their ideas for inventions.

A light bulb went off in Hawker's head, and the inventor began the reinvention of his business.

"We are an invention services company," Hawker says of Trident today. "We create designs for people's ideas."

Clients include housewives, doctors, engineers and IT consultants, to name just a few. Of all the pitches Hawker and his team receive, Trident works in some capacity with just 10 percent.

Hawker and his team collect fees ranging from $5,000 to $15,000 (though it can occasionally be higher) to do the design work for inventors up to the point of manufacturing. From there, the goal is to get the product licensed -- preferably by a major retailer -- so that both parties can earn royalties on sales. All told, this can be a two-plus-year commitment from start to finish.

Reinvention in action
Three years after being on the verge of bankruptcy, Hawker says having to struggle was the best thing that ever happened to his company.

Today, Trident is going strong. Hawker likes to think of it as an "invention incubator," with three primary activities: developing and licensing product concepts; offering invention development services to inventors; and providing industrial design services to national and multinational companies. Each accounts for nearly a third of Trident's revenue, and all were spurred on by Trident's early struggles.

When Hawker looks back on the wild ride of his company, he sees it as a close call and valuable lesson learned.

"I wasn't running the company like my life depended on it," Hawker says. "Good cash flow can make you sloppy."

With diverse sources of cash flow and the experience of learning from early mistakes, he's determined to never get sloppy again.