The Bugatti Chiron Profilée is one of a kind and can get to 124 mph in 5.5 seconds.

The Bugatti Chiron Profilée is a one-of-a-kind design, combining the quick acceleration of the Pur Sport and the look of the Chiron or the Chiron Sport. Although the brand only intended to manufacture 500 Chirons of varying models, they created the Chiron Profilée after customers asked for a vehicle that combined speed and style.

"Taking customer wishes to explore a less radical version of the Pur Sport seriously into consideration, we started with the design and development of the Chiron Profilée in Autumn 2020," said the President of Bugatti Automobiles, Christophe Piochon, said in a statement. Although the 500 Chirons were already sold, "we knew that what we had created was too beautiful to be hidden away. It is – in every sense – a unique piece in Bugatti's history and a true collector's item."

The car's design features a "sweeping fixed tail," which allows for more stability and airflow through the engine, according to an official Bugatti press release. Additionally, it is the fastest-accelerating Chiron model, reaching 124 mph in 5.5 seconds. 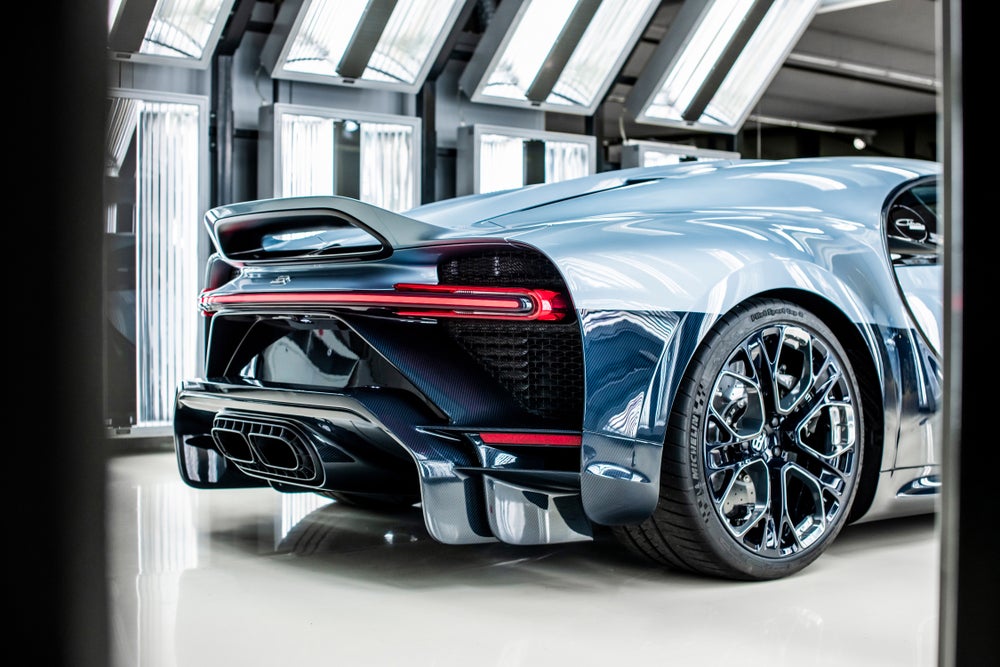 The Bugatti Chiron Profilée is set to hit RM Sotheby's in Paris on February 1, 2023, and all proceeds will go to charity, according to the brand's press release. A representative from car collector company, Hagerty, which owns the Broad Arrow auction house, said the vehicle could go for between $6 million and $8 million, according to CNN.

The news of the auction comes as Bugatti moves to electric-powered cars. The brand merged with electric car manufacturer Rimac in 2021, per HotCars, and they have plans to make their cars electric in the future with new designs and models.

In August, Bugatti announced its W16 Mistra would be the company's last gasoline-only vehicle with sights set on electric innovation, per CNN. Additionally, Bugatti has been working on its electric Nevera supercar, which will become the world's fastest-production electric car, accelerating to 258 mph.

"With new electrified technologies, our design focus will change by necessity," said Design Director at Bugatti-Rimac, Achim Anscheidt, in a statement, per Barron's. He added that future electric designs will have "both the excitement of the combustion engine and the instantaneous power of the electric drivetrain."