The billionaire, who just closed on his long-awaited deal to buy Twitter, celebrated at Heidi Klum's annual Halloween Party in New York City on Monday night with his mom, Maye Musk, on his arm. 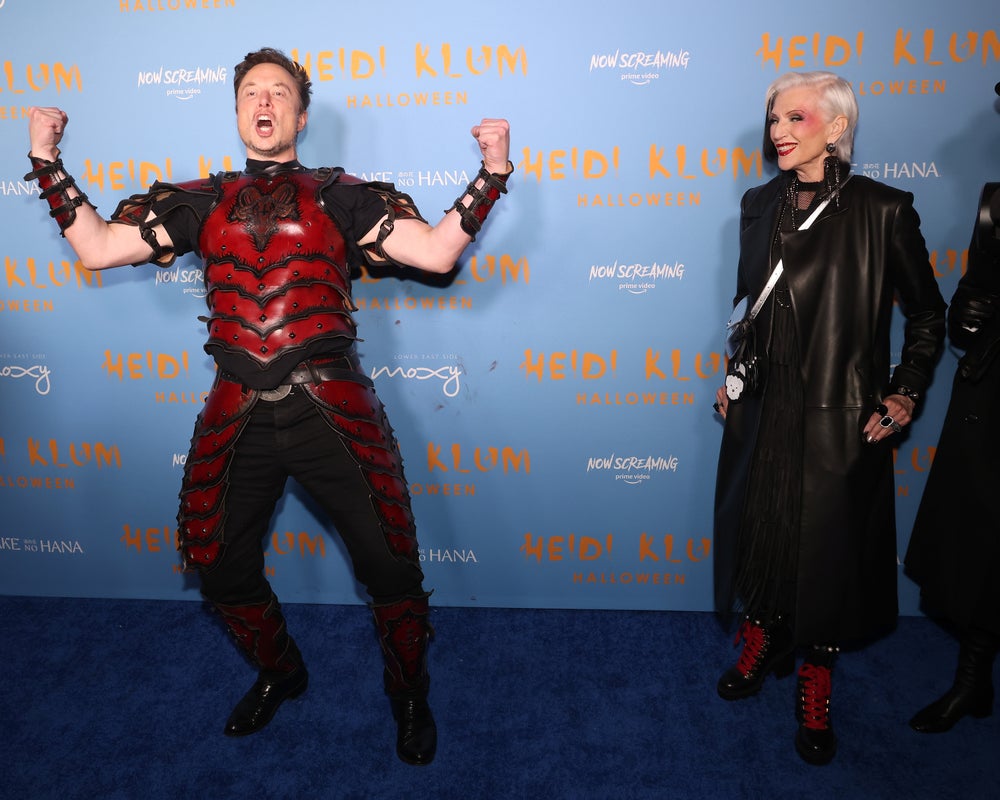 The Tesla and SpaceX founder showed up to the party sporting black and red body armor. His costume is called the "Devil's Champion – Leather Armor Set" and can be purchased at the legendary NYC costume store Abracadabra for a whopping $7,500, according to the store's website. However, the costume can also be rented for $1,000.

Musk showed off his lavish costume on Twitter with his mom, who was dressed in a long black leather coat, by his side. Maye Musk identified the second woman in the photo as Brooke Wall, founder and CEO of management company The Wall Group.

Halloween with my Mom pic.twitter.com/xOAgNeeiNN

Although the pair was photographed having fun on the red carpet, Musk's costume garnered criticism online.

Elon Musk is literally adorned in Red like the devil, has Satan emblazed on his Chest and a sacrilege upside down cross on his chest. This guy is literally the Anti-Christ beast and we all know who is the pompous one #Halloween #ELONMUSK https://t.co/ZCcXcCcCmJ

Elon Musk shows up in $7,500 suit of armor to Heidi Klum's Halloween bash as he prepares to lay off nearly 2,000 Twitter employees - just hours after visiting his new company's NYC headquarters and posting MAGA filth about Paul Pelosi. What a loser.

Elon Musk wore a Halloween costume called "devil's champion" with a Baphomet and an upside down cross on it. pic.twitter.com/RBUM11s3Wr