Howard Schultz, the former Starbucks CEO considering a run for president as an independent candidate, said he is "unfazed" by criticism that his bid may actually help President Donald Trump get re-elected.

Democratic presidential candidates and Trump critics hit out at Schultz on Twitter after he announced on Sunday that he was "seriously considering" running for office as an independent.

They expressed concern that Schultz could split the anti-Trump vote if he runs as an independent and therefore help Trump get re-elected.

Kevin M. Kruse, a history professor at Princeton University, replied to Schultz's announcement by saying: "I'm an American political historian and I can assure you that the only thing you'll accomplish by running for president as a centrist independent is helping re-elect Donald Trump."

As of Monday morning, the tweet had almost double the number of likes as Schultz's original tweet.

I'm an American political historian and I can assure you that the only thing you'll accomplish by running for president as a centrist independent is helping re-elect Donald Trump.

But Schultz told Axios that he was expecting such a backlash.

"I'm putting myself in a position that I know is going to create hate, anger, disenfranchisement from friends, from Democrats," he said.

"I'm concerned about one thing: Doing everything I can to help families who have been left behind, and to restore dignity and honor back in the Oval Office."

Schultz added that his goal was not to win over people on Twitter.

"I'm not considering this to win the Twitter primary," he said. "I believe that lifelong Democrats and lifelong Republicans are looking for a home, and they're not spending hours and hours on Twitter." 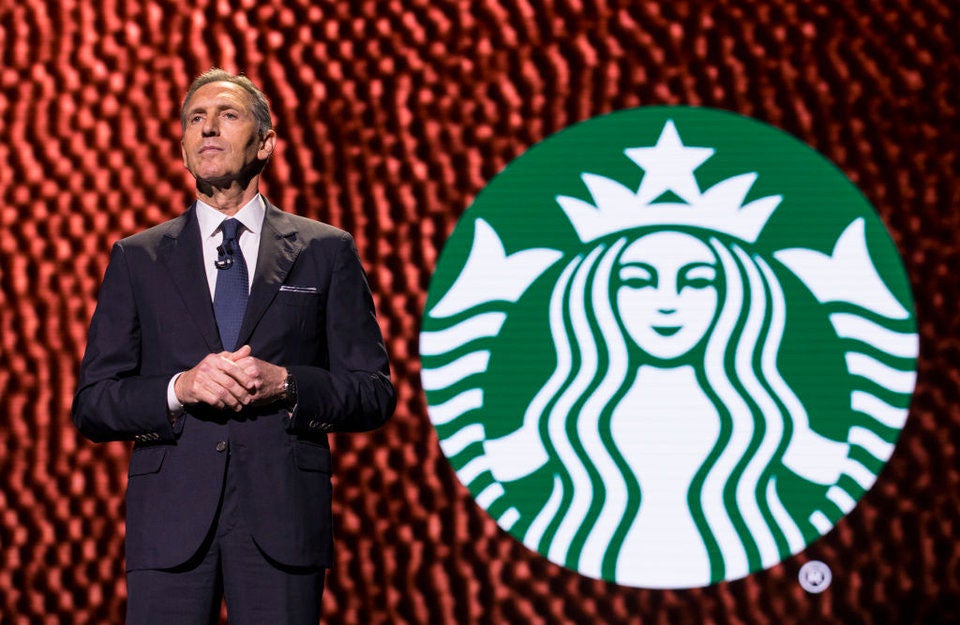 People criticized Schultz's strategy of running as an independent, saying he could split the vote against President Donald Trump and therefore help Trump get reelected.
Image credit: Stephen Brashear/Getty

"I have a concern that if he did run, that essentially it would provide Donald Trump with his best hope of getting re-elected," he said.

"I would truly suggest to Mr. Schultz to truly think about the negative impact that that might make."

Washington State Democratic Party Chair Tina Podlodowski told INSIDER in a statement: "I have two words for Howard Schultz on a potential run for president as an independent: Just. Don't."

Howard Wolfson, an adviser to billionaire Michael Bloomberg — who is also considering running for president -- also said that a high-profile independent candidate could help Trump.

"I have seen enough data over many years to know that anyone running for POTUS as an independent will split the anti-incumbent, anti-Trump vote," Wolfson tweeted.

"The stakes couldn't be higher. We can not afford the risk of spoiler politics that result in Trump's re-election." 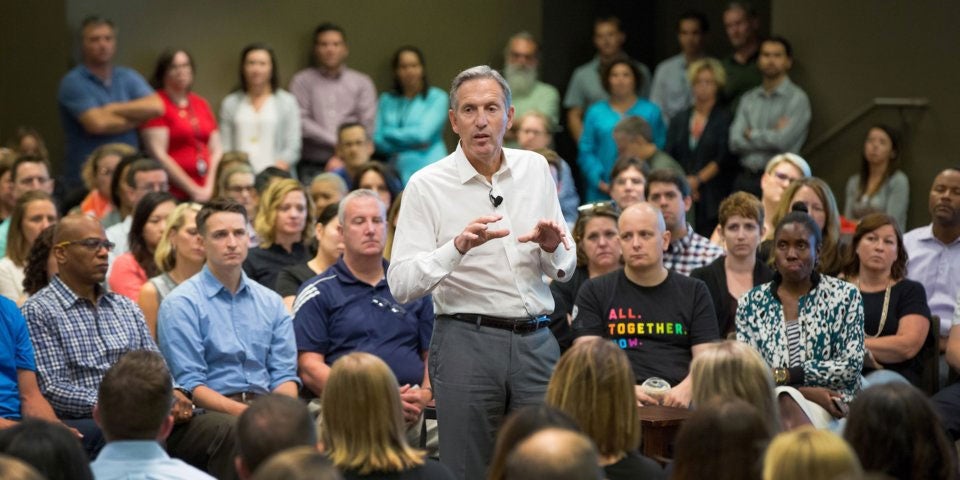 Schultz told The New York Times this weekend that he would not consider running as a Democrat.
Image credit: Starbucks

Schulz told The New York Times in an interview published on Sunday that he would not consider running as a Democrat, as he would "have to be disingenuous" and adopt the party's positions that were further left-leaning than his own beliefs.

Schultz served as CEO of Starbucks until he stepped down in April 2017. He stepped down as chairman in June 2018, sparking rumors of a presidential bid.