Jeff Bezos and Michael Strahan Are Creating a Children's Show

The new animated series was inspired by their trips to space with Bezos' company Blue Origin.

Michael Strahan made headlines last December when he flew to space on one of Blue Origin's first-ever passenger flights, and now he's taking his love for outer space even further — and hoping to teach younger generations.

Strahan has been tapped by Blue Origin and Amazon founder Jeff Bezos to join an animated children's series called "Blue Origins Space Rangers," which is set to be produced by Mainframe Studios.

"As we stand on the eve of a new era of space travel, Blue Origin Space Rangers will feature junior astronauts and adult leaders, who will live, create, and experiment together as they explore the infinite possibilities of life in space," Genius Brands announced on Wednesday. "With the mission to spark curiosity and encourage creativity among kids and families, the series will take audiences on a journey to explore the universe, science, new worlds, and perhaps new beings." 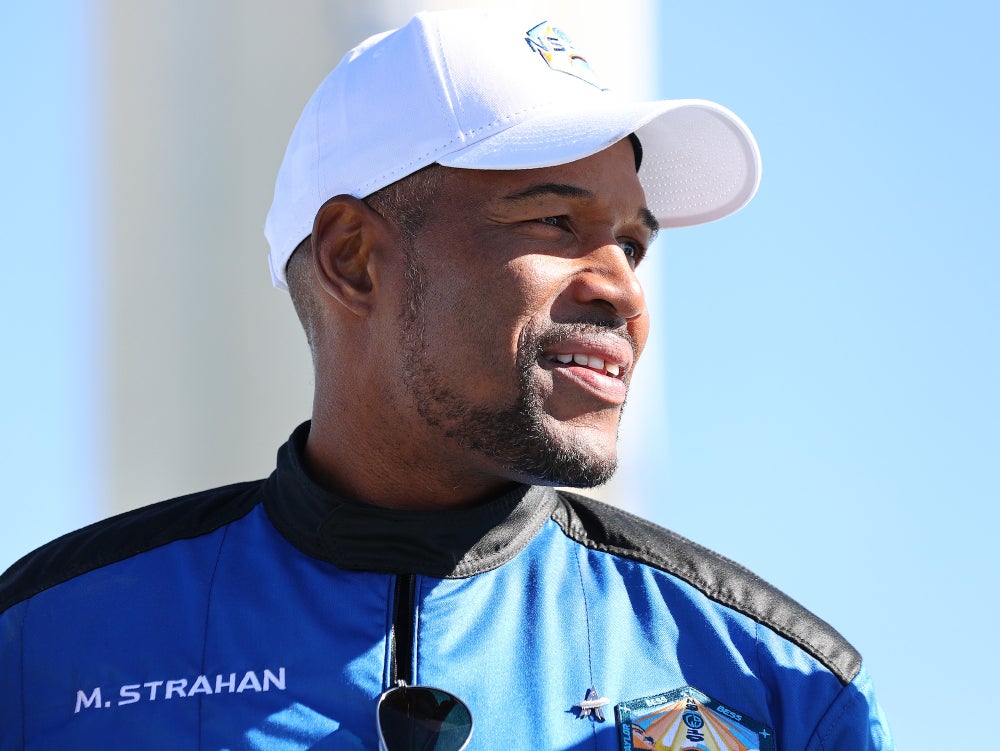 Michael Strahan stands on the landing pad after he flew into space aboard Blue Origin's New Shepard on December 11, 2021 (Getty Images)

The team explained that Strahan's experience during his 10-minute foray into space served as the inspiration for the show, with hopes that it would inspire a new generation of astronauts and inspire interest in life beyond Earth.

Bezos made history in July 2021 when he successfully flew to space and back in the first-ever human flight aboard Blue Origin's New Shepard.

"Big things start small, but you can tell when you're onto something," he said in a press conference upon landing. "And this is important. We're working to build a road to space so that our kids and their kids can build the future, and we need to do that."

The billionaire and his space exploration company faced a tough battle last year against rival Elon Musk's company, SpaceX, over NASA's sole lunar contract, which would allow the contract holder to pursue lunar landings in the future.

SpaceX won the contract but not without a swift lawsuit from Bezos and his company, which he eventually lost.