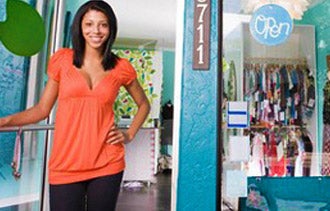 It's no surprise that during America's protracted recession, business closures and layoffs have been most severe in construction, finance and manufacturing. The U.S. Census Bureau released its 2010 business data at the end of June 2012,confirming this and more. The information offers a granular look into the particulars of what has happened to American business in this most recent documented period of economic stress.

That being said, you'll find more than the devil in the census details. With deeper analysis, some useful regional and local insights -- and even a few surprises -- emerge.

For instance, while the overall number of businesses nationwide declined from 2009 to 2010, the count of businesses in seven states and the District of Columbia actually grew by 8,000 -- while 43 states contracted by 45,000.

Industry by industry, state by state, and county by county, these fresh census figures offer business owners an in-depth look into what has transpired in their market area, including some useful clues about trends still underway.

The big picture
In this third year of decline (2009-2010), 36,837 businesses with paid employees shut down and more than 2.5 million jobs were lost nationally, leaving 7.4 million businesses standing. As severe as this might seem, it represents a marked slowdown from the decline experienced at the height of the recession (2008-2009). During that time, more than four times as many businesses (nearly 168,000) closed their doors, and more than twice the number of employees (6.4 million) were let go.

But the number of business establishments in certain sectors actually grew. Utility businesses saw an increase of 1.7 percent, as did health and social assistance firms. Numbers of businesses also grew in educational services (1.5 percent), accommodation and food services (1.4 percent) and professional, scientific and technical services (1.1 percent).

A tale of two states
The larger the area examined -- for example, major state economies such as California, Texas and New York -- the more its trends tended to look like the national averages, with slight but interesting variations. Natural resources, such as petroleum in the southern states, and legacy industries, such as automotive manufacturing in Michigan and Ohio, typically played a role in expansion and contraction.

However, population and resource diversity meant that changes were far from uniform when looking at smaller subsets of the data. To get an idea of some of the starker differences, here's a look at what happened to small business in Idaho, the state that lost the greatest percentage of businesses from 2009 to 2010, and in North Dakota, the state with the fastest rate of growth that year.

One in 50 of Idaho's businesses with fewer than 100 employees shut their doors in 2010. Idaho's greatest contraction involved the construction sector, with closures running at 8.6 percent, twice the national average. The second-greatest drop was in the mining, quarrying, and oil and gas extraction sector, with a decline of 6 percent. Nationwide, however, businesses in this sector grew slightly.

In contrast, Idaho saw modest growth in the health care and social assistance sector, along with the arts, entertainment and recreation sector, and the accommodation and food services sector, businesses that support both a growing and an aging population. This parallels growth sectors seen throughout much of the U.S.

Small businesses in the mining, quarrying, and oil and gas extraction sector grew at a breakneck 13.5 percent pace, supported by transportation and warehousing businesses at 5 percent. Areas of decline were few and limited. With the lowest unemployment rate in the U.S. at 3 percent, North Dakota overall is an oasis of relative prosperity, albeit a limited one.

Explore for yourself
The U.S. Census Bureau's County Business Patterns: 2010 might not answer why some states are faring better than others, but it offers a wealth of information to help you examine the changing market structure in which your business operates, with easy ways to cut the data down to a ZIP code. What the data can do is get you thinking strategically about how and where to grow your business.