By Neil Parmar
September 1, 2012
Opinions expressed by Entrepreneur contributors are their own. 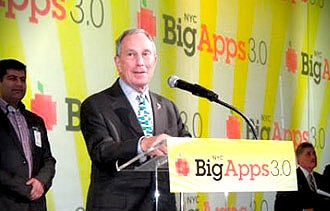 Some young-app developers are getting a lesson in civic engagement.

From New York City to Seattle, city-sponsored apps contests are increasingly popping up to encourage the generation of innovative solutions to everyday problems -- a welcome prospect for app developers and aspiring start-up founders alike.

Among various locales in Washington State, for instance, app makers can participate in the Evergreen Apps Challenge, a contest that closes on Sept. 6 and showers winners with $75,000 in prizes, including $20,000 in cash. App challenges have also been held in San Francisco, Chicago and Detroit, where a mobile program showcasing the Motor City's public art -- from graffiti to museum works -- took top spot.

Though the cash is helpful, some savvy-software developers are also using the contests to enhance their technical training, win seed capital for a new startup and garner much-needed exposure to stand out in an increasingly crowded pack. Getting a foot in the door with a venture capitalist isn't easy, after all. 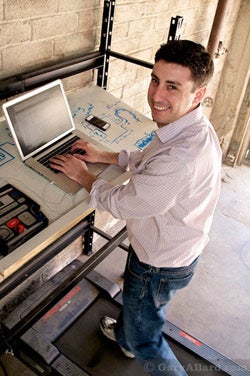 The announcement of the AT&T San Diego Apps Challenge in January proved to be the catalyst for Aaron Coleman's career change. Previously, he had been working on research that intersected mobile communications, technology and health at the University of California, San Diego. In 2010, he won a prize in the Apps for Healthy Kids challenge, which had been sponsored by Michelle Obama's Let's Move! campaign to curb childhood obesity.

But when the opportunity to participate in the San Diego's contest arose, Coleman quit his day job -- allowing the 29-year-old to finally put his apps-startup Small Steps Labs in motion. Eager to explore more efficient techniques for developing apps across different platforms, he welcomed the challenge. "I just thought, if nothing else, this is a good way to practice on something good for the city," says Coleman.

One of those apps, Street Report, allows San Diegans to snap pictures and report problems such as gaping potholes, graffiti and other blights directly to city officials. Coleman also worked closely with a city official to determine how information from the app should best be submitted so that addressing issues could become more efficient. The program, which he submitted with a sharply-shot demo video, won both Best Overall App and the City of San Diego Government Innovation App -- as well as a $20,000 prize, which Coleman used as seed money for his startup.

Related: Andrew Rasiej on the Next Big Wave in Tech — And How Young Treps Can Surf It 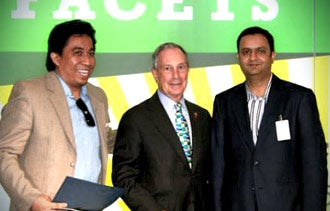 Flanking NYC Mayor Michael Bloomberg is Joel Natividad (on left) and his partner who won the city's BigApps 3.0 contest this year.

Over in New York City, Joel Natividad proves quitting your day job to follow one's bliss isn't only for the young. Through his participation in the latest NYC BigApps 3.0 competition, the 44-year-old was able to harness open data that's generated from users of smartphones and laptops, a process Natividad and his long-time friend and partner have coined crowdknowing.

"We rolled the dice, and we've been working on it full-time since last October," says Natividad.

The entrepreneur looked to New York City's challenge as an "accelerator" for his New York-based data-aggregation and analysis firm, Ontodia. They submitted a tool designed for app developers called NYCFacets that allows app developers to leverage different bundles of data -- Wifi hotspot locations in Brooklyn, for example. Winning some of the $50,000 in cash and prizes from the BigApps 3.0 contest has helped Natividad advance his startup. So have the intros with heavyweight investors and venture-capital firms he's landed since the win.

"I had always had this perception when you start up, you had Steve Jobs or Mark Zuckerberg, who didn't finish college and basically at an early age got lucky," says Natividad. "They are the outliers."

Related: How to Talk to 'Nerds' and Why You Should

"What I'm finding out the hard way is it's all about relationships when you're doing a startup," adds Natividad. "My advice is spend some time -- maybe two or three years in the business world. Develop your network. Get the kinks out." And then maybe in your late 20s or early 30s, try the entrepreneurial route, he says. "The days of my generation, where you go to work with one company for all your professional life, are long gone.

How has winning a competition helped fuel your business? Let us know in the comments section.