The Queen passed away peacefully at her home in Balmoral Castle in Scotland.

Queen Elizabeth II, in full Elizabeth Alexandra Mary Windsor, has passed away at the age of 96.

The Royal Palace confirmed her death on Thursday afternoon in a statement.

The Queen died peacefully at Balmoral this afternoon.

The King and The Queen Consort will remain at Balmoral this evening and will return to London tomorrow. pic.twitter.com/VfxpXro22W 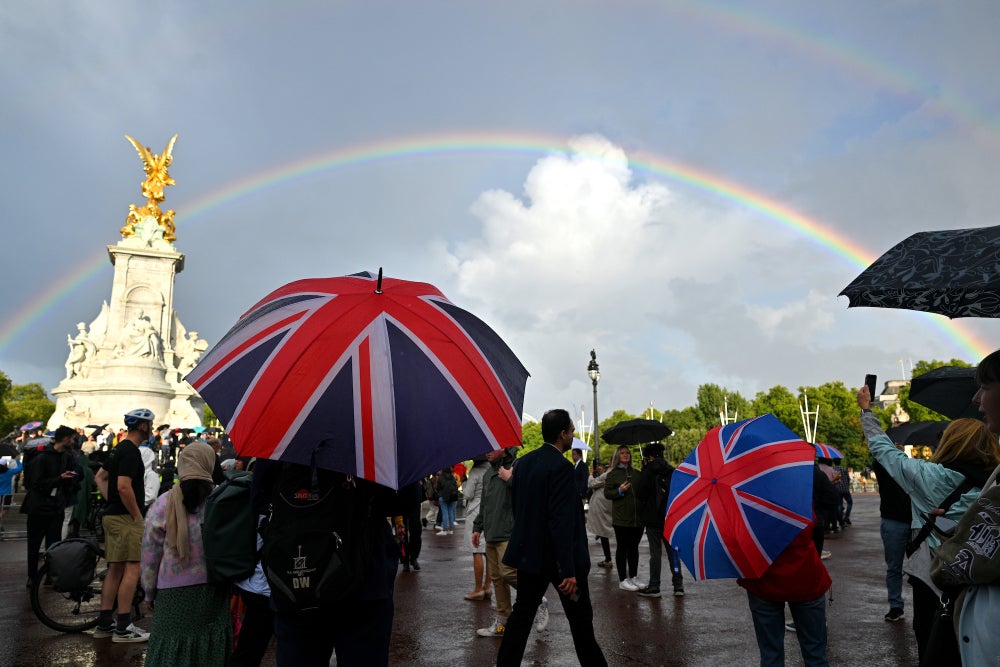 A double rainbow appeared over Buckingham Palace upon the Queen's passing. Samir Hussein/WireImage.

Reports had circulated about the Queen's declining health earlier in the morning when she was placed under watchful care.

"Following further evaluation this morning, The Queen's doctors are concerned for Her Majesty's health and have recommended she remain under medical supervision," Buckingham Palace said in a statement earlier in the day.