By Dinah Wisenberg Brin
May 9, 2012
Opinions expressed by Entrepreneur contributors are their own. 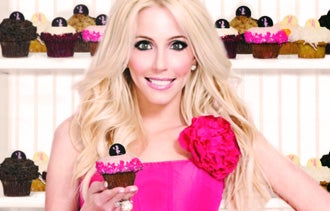 After winning on the Food Networks Cupcake Wars, Casey Reinhardt has ramped up cupcake enterprise.

Casey Reinhardt seemed to have the right ingredients for business success even before appearing on the Food Network show Cupcake Wars in February of last year. Winning that competition, though, certainly sweetened the outlook for her growing southern California business, Casey's Cupcakes.

"Being on the show brought us instant credibility," and new customers, says 25-year-old Reinhardt. "Winning Cupcake Wars had a lot to do with the attention we've gotten."

She adds that the lessons such a high-stress endeavor offers also made her stronger. "I learned a lot about myself and what I was capable of doing. The pressure was just so outrageous," says Reinhardt, who opened her first store as a junior at Pepperdine University. "I figured out how I really could work under pressure," she adds. "It gave me a lot of confidence in myself."

Casey's Cupcakes had one location when the show was filmed and a second by the time it aired, she said. The business opened a third shop in November and recently added a fourth.

In addition to its stores in Riverside, Newport Beach, Laguna Beach and Irvine, Casey's Cupcakes formed a partnership with Bloomingdale's shortly before the Cupcake Wars appearance, said Reinhardt, and offers its baked goods in three of the retailer's California department stores.

The business now has some 150 employees, including café attendants, bakers and drivers. Reinhardt has been developing different sides of the business, including a wedding division that makes wedding cupcakes, cupcake decorating parties and special-diet products such as vegan, sugar-free and gluten-free cupcakes.

Though Reinhardt is also an actress -- she appeared in MTVs reality show Laguna Beach: The Real Orange County before the Cupcake Wars came calling-- she took to baking and eventually entrepreneurship with ease. Reinhardt learned to bake at age 3 from her great grandmother. And, growing up with entrepreneurial parents, she says helped her develop her business acumen. Reinhardt's stepfather, Duane Roberts, owns the Mission Inn Hotel & Spa in Riverside, Calif., where one Casey's Cupcakes shop is located. And her mother, Kelly Roberts, founded Kelly's Spa, also at the Mission Inn Hotel & Spa.

Growing up with mentors and entrepreneurs in the family certainly helps, but there's more to opening and running a successful business.

"I just believe in doing a lot of research before you go and open a business that you're very passionate about," says Reinhardt. She suggests getting organized, speaking with people in the field, getting online and talking to other entrepreneurs. "Really know what you're doing before you get into it." Reinhardt adds: "Go for it, don't be afraid."