Starting Up Under One Roof: A Look at Residential Incubators

By Susan Johnston
August 2, 2012
Opinions expressed by Entrepreneur contributors are their own.

In the quest for starting up on the cheap, young founders are taking living lean to a whole new level.

To both surround themselves with their startup and live cheaply to keep from burning through spare funds, today's young founders are increasingly bunking up with each other -- choosing to save on rent and office space by living and working under one roof or flocking to off-price hostels.

These so-called "hacker hostels," where young techies sleep in bunk beds and write code in common areas, generated national buzz recently following a New York Times article on the phenomenon. At Chez JJ in Mountain View, Calif., for instance, aspiring entrepreneurs enjoy affordable accommodations -- rooms list on Airbnb for $42 to $128 per night -- along with the chance to make connections in Silicon Valley's startup scene. 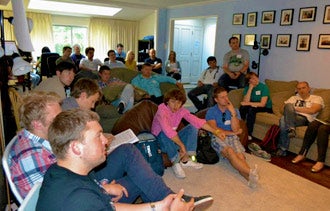 There's also Blackbox Mansion, a communal live/work space for startup founders in Atherton, Calif. Founder Fadi Bishara says his average guest is around 25 or 27 years old, and ninety-five percent of residents are from outside the U.S. Blackbox hosts a two-week accelerator program for non-U.S. startups called Blackbox Connect. "We help them establish a presence in the U.S. and connect them with the resources and venture capitalists to establish a branch of their company here," says Bishara. In between accelerators, founders can book shorter stays through Airbnb for $70 a night.

"It's very interesting to see founders from all around the world interacting and sharing ideas," adds Bishara. "A home environment is a lot more intimate than an office space."

Why does intimacy help when starting up? "Community is very important for teamwork and teamwork is very important for building enterprises," says Bernt Wahl, an industry fellow at University of California, Berkeley's Center of Entrepreneurship. "People who interact with each other may not be in the same discipline but you'll cross-pollinate ideas. If you do it right, it's kind of like a fraternity with a mission," adds Wahl, who will serve as a mentor for the residential-startup incubator called Agora Startup House, starting at UC Berkeley this August.

Although some founders observe that living among diverse startups can deliver results, others choose to rent their own space to use for communal living and working ala the "Facebook Mansion." 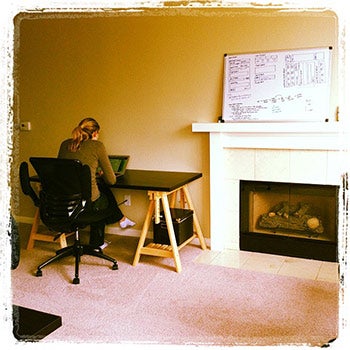 When Todd Sullivan and Lauren McLeod, founders of crowdsourced-airfare platform Flightfox, moved from Australia to Mountain View in April, they rented a two-bedroom apartment that quickly morphed into the startup's headquarters. Now the second bedroom houses a summer intern and visiting contractors, while the living room serves as office space.

McLeod says the setup creates efficient workflow, but also makes it easy to work 24/7. "As a founder, I'm prepared to work seven days a week but I don't want to put that on other people, so I have to make people go out," she says. "We plan fun things to do that aren't in the house, like go karting."

They order groceries online in bulk, and McLeod says she's working on delegating household responsibilities like cooking and cleaning. "I don't want to take the position of the mom in the house, but there definitely needs to be some sort of group chat about cleaning and groceries," she adds. (Blackbox Mansion's ground rules are posted online as a Google Doc.)

The founders of VenTribe.com in Boulder, Colo., say the real draw for living and working under one roof is being able to plow more money back into the business. "If that money can be saved and rather go into things like product development and early marketing, that lets us give this startup the best shot possible," says Tahir Popat who co-founded the Boulder, Colo.-based social shopping platform in 2011.

Related: The Good, the Bad and the Ugly of Business-Plan Competitions

Popat and VenTribe.com co-founders Itai Raveh and Rupert Sully met while attending the University of Edinburgh in Scotland. In May of this year, the trio moved into a four-bedroom house near the University of Colorado campus, where the team regularly works into the wee hours of the night and on weekend. "Ideas don't always happen within work hours," says Sully.

Still, living and working together in such close proximity isn't for everyone. Raveh, VenTribe's CEO, suggests choosing co-founders and housemates with a strong sense of self-discipline. "If I didn't clean the kitchen, I know Rupert's going to come in and face my disaster," he says. "We're all accountable to each other."

When living and working together, Raveh says, "I think it's important to be able to communicate on a personal level. It's very easy to get sucked into the business loop, the strategy and brainstorming, but it's important to let go and be friends, too."