"Welcome to Chippendales" begins streaming on Hulu on November 22.

Whether you've been to a live show or you're more familiar with Chris Farley's SNL rendition, the all-male strip club Chippendales has been a household name for decades.

The brand is known as the first strip joint to cater to female desires with its signature shows featuring buff men in cuffs and bow ties - sans shirts.

Founder Somen "Steve" Banerjee opened the strip club for the first time in Los Angeles in 1979, and the brand is still "thriving" today, reps told Entrepreneur, with its permanent Las Vegas show and a world-touring dance troupe.

The brand has attracted the likes of Hollywood, with Magic Mike pulling inspiration from the iconic show, and some stars have even participated in the live performance, including Jersey Shore's Vinny Guadagnino.

However, things were a lot less glamorous for Banerjee and the club behind the scenes, with several murders, arson, and other crimes connected to the club.

Hulu is set to unpack the dark and twisted history behind Chippendales with its new series, "Welcome to Chippendales," premiering on November 22, with new weekly episodes through Jan. 3, 2023.

How Did Chippendales Start And Who Are the Founders?

Chippendales was the brainchild of Somen "Steve" Banerjee, who is being portrayed by Kumail Nanjiani in the Hulu series. Originally from India, Banerjee immigrated to the United States and worked as a gas station attendant before finding entrepreneurship, according to Entertainment Tonight.

Banerjee owned two gas stations and eventually opened a nightclub called Destiny II in 1975 with his partner Bruce Nahin, according to LA Magazine. Nahin and his father bought 10% of the club to help Banerjee's cash flow, but he segued to filmmaking in 1987, Nahin said in an interview with The Drill.

After trying magic shows and other entertainment to bring customers in, nightclub promoter and regular Paul Snider suggested an all-male strip club.

In 1980, they changed the name of the club to "Chippendales" — after the British furniture brand — for a "classier" vibe, and Chippendales as we know it was born.

In the early days of Chippendales, Snider and his wife, Playboy's 1980 Playmate of the Year, Dorothy Stratten, were instrumental in shaping the club's look. In fact, Stratten coined the dancers' iconic "cuffs and collars uniform" and even got Hugh Hefner on board.

Banerjee was seen as the brains behind the operation, and he brought on producer Nick De Noia to choreograph the live shows in 1981. Although the pair helped shape the iconic brand into what it is today, they consistently butted heads.

De Noia took credit for creating Chippendales' signature choreography and expanding to a New York location in 1983, per LA Magazine.

The duo's contentious relationship led them to part ways after three years in business together.

De Noia was able to negotiate the rights to take Chippendales on tour with a signed cocktail napkin contract in 1984, per The U.S. Sun. But when the tour proved to be a success, generating $80,000 in profits a week, Banerjee was displeased and fought to regain the rights to the traveling show. He was unsuccessful.

What Are the Chippendales Murders?

The first tragedy to hit Chippendales occurred shortly after Dorothy Stratten negotiated the deal with Playboy and was honored with Playmate of the Year. Hugh Hefner had taken a liking to Stratten, and although Stratten's husband, Paul Snider, had helped connect the two and launch Stratten's career, Hefner did what he could to push Snider out. In 1980, Snider murdered Stratten and committed suicide thereafter.

Meanwhile, De Noia's tour was booming, but because the napkin contract gave De Noia the rights to the tour, Banerjee wasn't entitled to any of the profits, to his dismay.

On April 7, 1987, De Noia was murdered by a hired gunman. Following a long FBI investigation, Banerjee was arrested and charged with the second-degree murder of De Noia and conspiracy to commit murders of two competitive dancers in 1993.

Banerjee was also connected to three arson attempts aimed at the brand's competition.

While Banerjee was facing 26 years in prison after taking a plea bargain and pleading guilty, he took his life while awaiting his sentencing in 1994 in his jail cell. 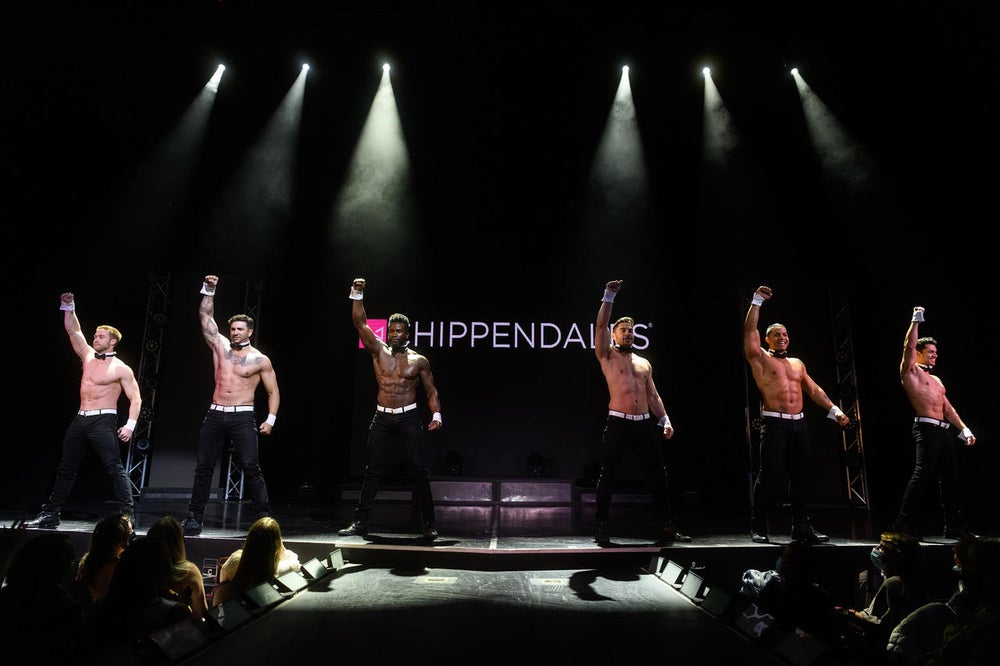 Who Owns Chippendales Now and How Much Is it Worth?

Despite the chaos that plagued Chippendales in its early days, the brand is still alive and well.

However, the original Chippendales club in Los Angeles closed shortly after losing its liquor license in 1988 and after several other lawsuits and violations.

After Banerjee pleaded guilty, the Chippendales brand went to his wife, Irene, during their divorce.

Since then, Chippendales has been in the hands of several people. A 2013 report from The New Yorker says former boy band manager Lou Pearlman purchased the brand in the '90s before going to prison for fraud.

According to a representative from the brand, "a private equity of owners" has been at the helm since 2000, they told Entrepreneur in a request for comment.

Chippendales' closed its New York location shortly after September 11, 2001, per The New Yorker, but it found a second life after managing partner Kevin Denberg got a bus and took the dancers on tour, traveling around the country until they landed in Las Vegas.

Chippendales laid roots in Las Vegas in 2002 and its show and tour are still "thriving" today. Katerina Tabakhov currently serves as the production's director of operations, the brand rep shared, while Denberg is no longer involved in the day-to-day operation.

"The Chippendales are STILL performing to sold-out houses at our home at the Rio All-Suite Hotel and Casino in Las Vegas (for over 20 years), as well as our domestic and international tours," the brand confirmed to Entrepreneur.

Or you can catch the Chippendales on tour, which hits six continents and over 25 countries, according to the brand's website.

Today, the brand generates between $5 million and $25 million in annual revenue, according to Signal Hire.