For an initiative that was launched in 2007 by the King Abdulaziz City for Science and Technology (KACST) in Saudi Arabia, the Badir Program for Technology Incubators has come a long way since its inception. Commencing operations with just one incubator on the ground, ten years later, Badir now has five incubators spread across the cities of Riyadh, Jeddah and Taif- and that number is only set to increase in the future.

In terms of impact, the program –which aims to promote and enhance the culture of innovation and independent business amongst Saudi youth- has served more than 200 startups since it launched, with Badir CEO Nawaf Al Sahhaf noting that the program has incubated 127 technical projects, and just 34 of these have generated a market value of SAR331 million (US$88.26 million). "We are very proud of our entrepreneurs' achievements," Al Sahhaf says. "We are also delighted that they were able to prove themselves as developed and successful startups, thanks to the hard work they have put in, and the practical expert training they underwent in the program's incubators."

This, by all means, is an achievement in itself, but Al Sahhaf makes it clear that Badir has bigger goals ahead of it. "Today, Badir is focusing on expanding its innovation and entrepreneurial hubs across the Kingdom in order to achieve its KPIs of creating 600 startups and 3,600 jobs by 2020," he says. "That plan falls within the policy of KACST, which consists of encouraging, supporting and promoting the cognitive economy and entrepreneurship. It also constitutes a positive step in the government's thrust to diversify sources of economy, by developing non-oil technical industries, and promoting innovations and creations." 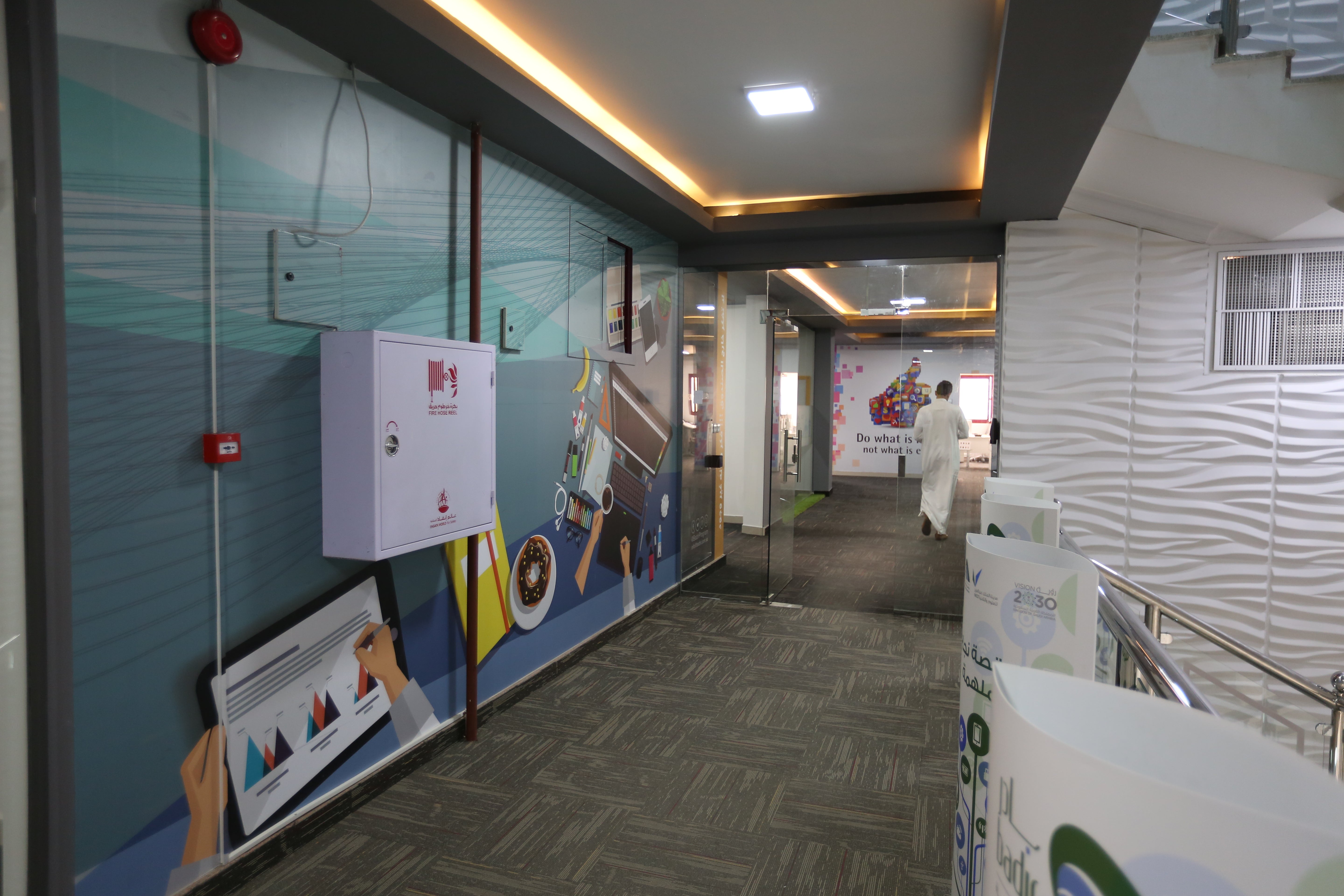 Badir program.Image credit: Badir.
Al Sahhaf points toward Saudi Arabia's Vision 2030 as being a guiding force to what Badir has set out to do. "In 2016, the government released Vision 2030, an economic blueprint for national long-term economic growth," he explains. "The plan aims to move away from centralized planning and state-led growth towards open market policies, where entrepreneurship and the private sector can take a leading role in economic development, through job creation and competitiveness." With encouraging (and supporting) entrepreneurship being the main area of focus, Badir has been structured in such a way that it tackles all of the key aspects relating to starting up a business.

"The Badir Program covers four main roles: incubation, acceleration, funding facilitation, and entrepreneurship awareness," Al Sahhaf explains. "We provide services to startup companies in the idea stage, as well as those that have ready products and can enter the market. We help them with shared working spaces, private offices, infrastructure support, legal support, accounting and bookkeeping services. Additionally, we provide workshops and courses to develop the skills of the entrepreneurs." However, this doesn't cover the full scope of work that Badir does to support the Kingdom's business ecosystem- in fact, it has been spearheading several pioneering efforts to bolster the entrepreneurial mindset in the Saudi society. Al Sahhaf points toward one instance in 2007 when Badir launched: he remembers that there was no angel investment network, no network for incubators and accelerators in the Kingdom, and none of the regulations now in place existed then. "Badir proudly made steps in creating the missing links in the ecosystem," Al Sahhaf claims. "In 2009, it created the Saudi Business Incubator Network (SBIN) paving the way for unifying the regulations and standards for operating the business and accelerators in the Kingdom; down the line, Badir also created the Saudi Angel Investors Network (SIRB), which filled a big gap between the entrepreneurs and the investors."

According to Al Sahhaf, the Badir program has received a good welcome in Riyadh, where it focuses on three major verticals: advanced manufacturing, information communication technology, and biotechnology. In Jeddah and Taif too, the incubator has seen strong demand for its ICT programs, he adds. As for the sectors that he is most optimistic about, he feels "a period of greater opportunity and integration" is on the cards for Saudi Arabia's healthcare, utilities, industry, tourism, and ICT sectors. At the same time, the solutions emerging from entrepreneurs who are part of Badir are also as wide-ranging as the program's benefits itself. 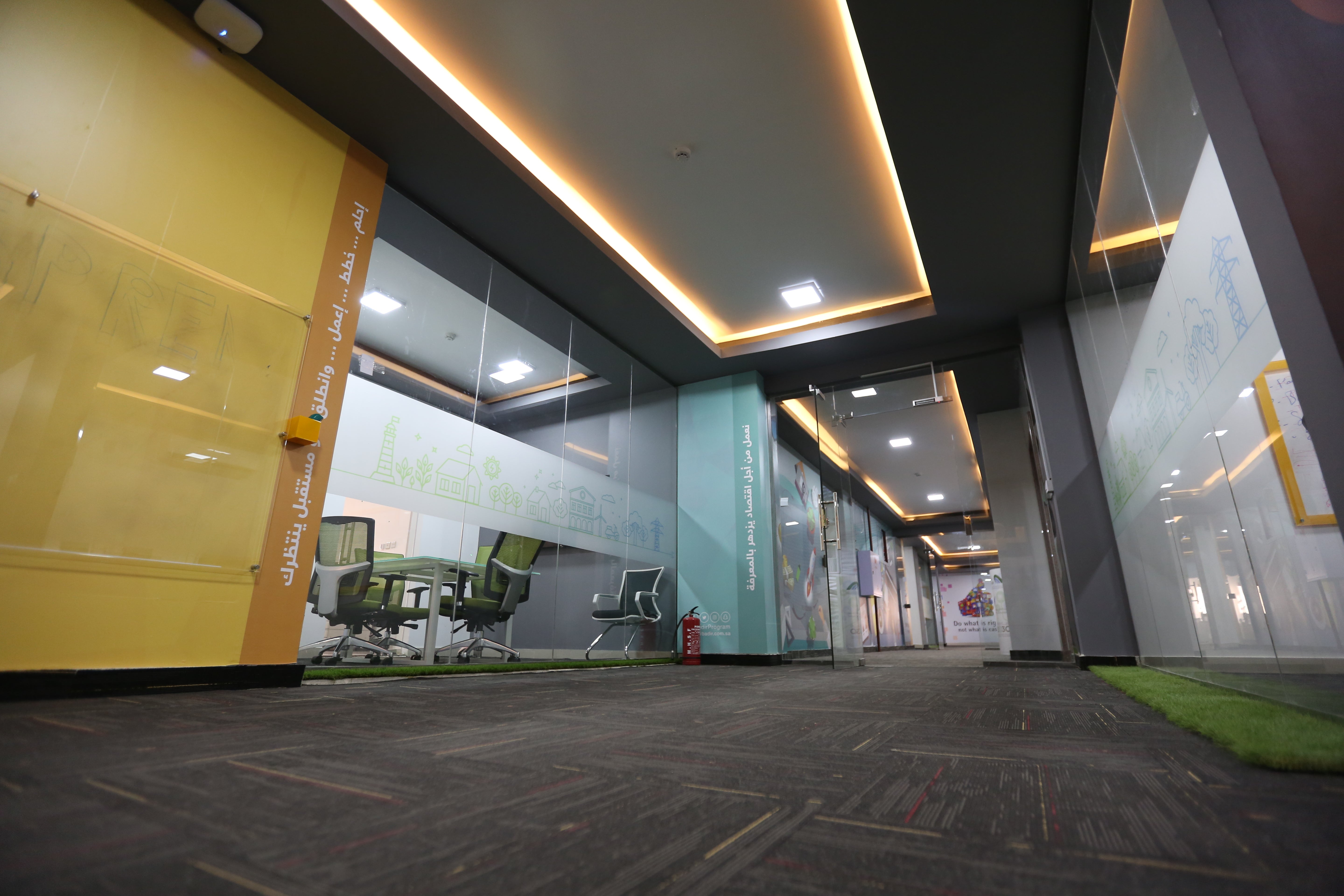 Badir program.Image credit: Badir.
Certain examples of innovation that we have seen at Badir include a bandage lined with extracts from shrimp shells that enjoy natural wound healing properties, which could primarily benefit diabetics. Others are the design and manufacture of CNC machines at ultra-low costs. We have also witnessed other achievements of innovation in IT applications, like Morni, which revolutionized the roadside assistance experience for vehicle owners; Quant, which achieved amazing strides in data analysis and actuary sciences selling advanced software to big companies to organize and assess big data." If these innovations are any indication, then Al Sahhaf is right in his contention that "Saudis, and Saudi companies, when properly empowered, can deliver quite extraordinary innovative solutions to local and regional problems." And with Badir along for the ride, the Kingdom's entrepreneurs can be confident about the road ahead.

2. Ask those with previous experience

No one can succeed alone; the least help you can have is advice from those who have succeeded before you, and those who have failed. Learn from them, and gain an advantage.

3. Always work on your added value

The market is very competitive. Even if your product is revolutionary, someone will step in and compete with you. Your added value is going to be the main driver for customers. This is an ongoing process though, don't delay anything because it's not perfect, deliver with what you have, and work on improving as you go.

4. The team is the backbone

Your startup is as strong as its team. Make sure you partner with, or hire people who believe in creating, building and innovating because your first few years are all about that. Focus on the principles as much as the skills.

Networking with people in your industry can open doors for investors and partners both can help elevate your product or service. If you can, utilize booths at events and expos to both acquire and retain customers.