The small country conveniently positioned at the crossroads between three continents knows exactly what its future should be. Be it the government, non-profits, or entrepreneurs, the ecosystem is relentlessly pursuing the vision of becoming a "tech island": a hub bridging Europe and the Middle East, and a breeding ground for new business ideas, companies, and creative synergies.

And if there's one place to experience the underlying desire to connect the two worlds, it's the Reflect Festival, which happens this year from October 14-16, 2021.

Reflect has become an annual tradition: a celebration of the future that spreads throughout the whole city of Limassol. "It's not a surprising move to build a big networking event in a country with such a dynamic business ecosystem," says Stylianos Lambrou, the festival's co-founder. "Cyprus is not the first or last to need a gathering that speeds up the networking and sparks new ideas, as well as business deals." 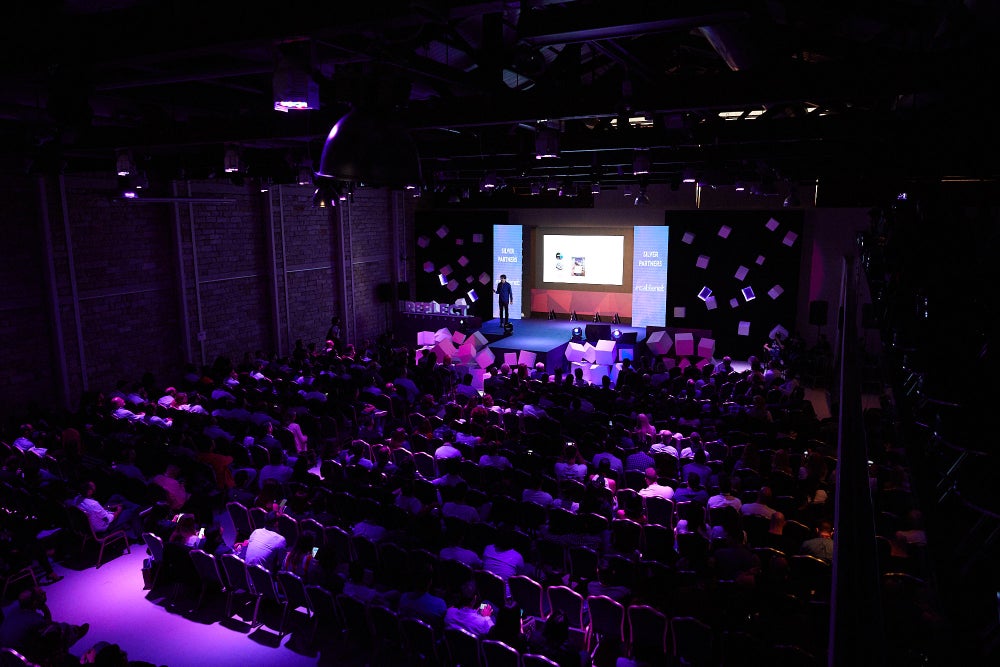 However, the festival turned out to be much more significant than your regular annual tech extravaganza that many countries organize. "From the very beginning, it was about strengthening the bonds in the local entrepreneurial scene, and reaching out to the world," explains Dusan Duffek, also the festival's co-founder. "But we quickly realized that our location is, by definition, a gate to both Europe and the Middle East. That's an immense leverage."

Having noticed a mounting eagerness to enter the new markets from both sides, the organizers came to the realization that Cyprus is ideally positioned as a hub between the two worlds. The island entered the European Union in 2004, becoming its most Eastern member. That's when the nation of just around 850,000 people saw an influx of companies considering and ultimately choosing Cyprus as their headquarters.

Middle Eastern businesses found a convenient country to set up regional offices for their European operations. Besides, companies from the US and Europe saw the country as a perfect blend of cultures, and as a reliable hub to introduce their projects to MENA. No wonder though: Cyprus is soaked in the influences from all its neighbors with all that it entails, be it culture, business, or lifestyle. 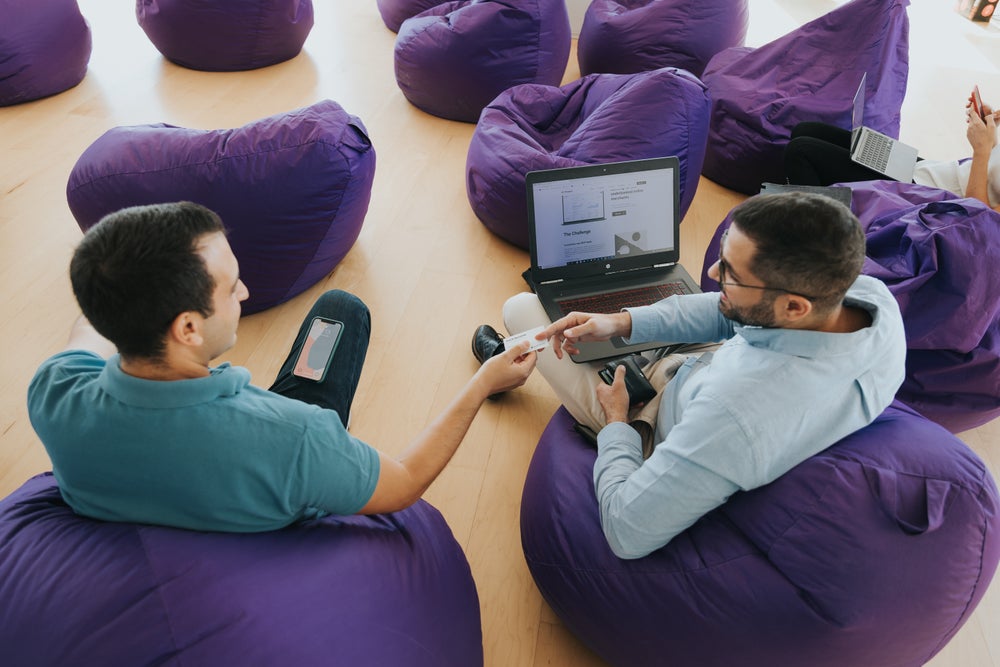 And it comes in handy that the country prides itself on a transparent, simple regulatory, tax, legal system, and high quality of life. This is the environment Reflect entered in 2018, which turned the small gathering into the country's flagship tech and entrepreneurial event in record time. "We quickly found ourselves in the middle of discussions with companies and initiatives seeking a bridge between MENA and Europe," Lambrou says.

Among the companies leveraging Reflect as a connection hub is Feer McQueen (FMQ). The international branding, marketing, and communication agency with roots in Lebanon is involved in the program building this year, bringing the best of Lebanon on the festival stages. "There are so many talented entrepreneurs hungry to show the world that cutting-edge innovation is very much present in Lebanon," explains Christelle Abou Jaoude, FMQ's Managing Director for Cyprus. "The synergy makes perfect sense. And since everyone you could possibly want to meet from the Cypriot scene is at Reflect, the festival works as a melting pot for future business endeavors." 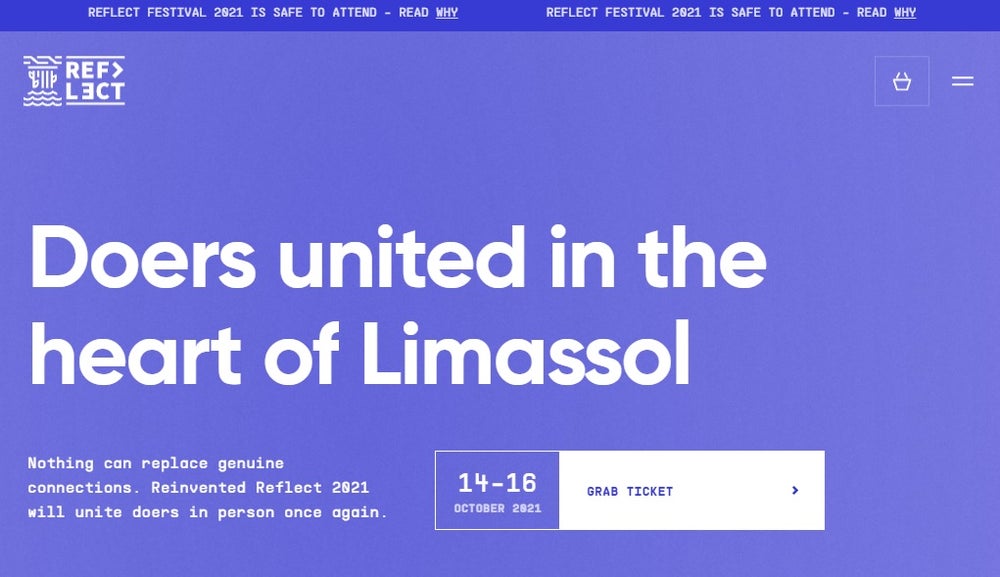 Social entrepreneur Karim Samra, another Reflect collaborator who is the founder and CEO at Changelabs, also has close ties with Cyprus, and even chose to locate his company's headquarters in Cyprus. Since Changelabs builds the Middle East and North Africa's most innovative and cutting edge impact entrepreneurship programs, partnering up with Reflect is a logical next step. "As Africa and the Middle East continue to experience double-digit growth, with dozens of new startups launching every year, we hope to meet potential investors, partners, and sponsors for Changelabs' portfolio companies and programs across the region," Samra says. Several of the African companies Changelabs works with, among others, are eager to access European markets- and Reflect can help with that. "Reflect represents by and large the only event we're aware of that's so close to our region, yet gives our partners and companies exposure to investors, partners, and sponsors from Western Europe, Eastern Europe, and Russia," he adds.

The team behind the festival is very well aware of how pivotal the festival is becoming for the region. "Cyprus is ambitious in pursuing its goal to be a truly global, inclusive, welcoming entrepreneurial hub. So are we," concludes Lambrou. "Each year, we see that Reflect enables and accelerates this change. Connecting the right people from the region can push the whole area forward, and I really believe the time is now- when the world is being rearranged faster than ever."

Related: With The Global Business Forum Africa 2021, Dubai Chamber Continues With Its Mission To Bolster Ties Between The UAE And The African Continent

Kristina Priecelova is the Head of Program and Content at Reflect Festival, the largest technology and future-focused event in Cyprus. Kristina is curating the program with the goal to promote the importance of future literacy, and foster a platform that aids Cyprus in its journey towards a global "tech island.”