I first met Wael Fakharany at BECO Capital's Boost MENA conference in November last year, and though we spoke for only a few minutes then, I remember being quite taken in by the exuberance of his personality- it was this individuality that struck me again when I got to have a longer chat with him in December. It's really quite easy to see Fakharany's passion and drive for his role as the Managing Director for Careem in Egypt, and for those of you who follow his blog posts on Medium, I can confirm that he is every bit as hopeful and optimistic as his writing makes him out to be. Fakharany joined Careem after a nine-year stint at Google, and while the startup's unicorn status hadn't been declared at the time of our conversation Fakharany was quite emphatic that the four months he had spent with his new employer had been a "phenomenal" experience.

"When I stepped into this role, I never expected the kind of impact that I would have, and the kind of impact I would be able to do, you know, in [a matter of] weeks," he says. "But this business keeps surprising me with some incredible opportunities." Given its massive population, Egypt is an important market for Careem in the MENA region, and the company has been steadily growing its brand in the country, with its services now available in the six cities of Cairo, Alexandria, Damanhour, Mansoura, Tanta and Hurghada. It hasn't been all smooth sailing though- Cairo, for instance, saw drivers of the country's traditional "white" taxis protest against ride hailing apps like Careem for eating into their business. But in September, Careem delivered a feat of sorts when it announced the integration of 42,000 "white" taxis into its existing fleet- it was a move that clearly indicated Careem's emphasis on being a truly local institution that is integrated with and contributes to the development of the overall ecosystem around it.

It is this mission that is also driving Careem's new initiative with the country's youth ministry, which Fakharany reveals will potentially see the two parties work together on "economically empowering 70,000 people in Egypt in 2017." It's an impressively ambitious initiative, of course, but Fakharany believes that it signals only the start of the positive impact that Careem could bring to the country's population. "We are not an employer- they are not employees, they are independent contractors," he says. "But having 70,000 people in the network, who you can economically empower and give either part-time or full-time income, is an incredible force in 6-8 months of the operation. And I think this is the tip of the iceberg. There are probably nine million people in the working age in Egypt who are looking for opportunities. And if we can economically empower a million of them, it's just an incredible feeling. So, when I give you hope that your future is going to be better, your surroundings are going to be better. You are going to become bankable... You're going to do upward mobility in the society… There's this incredible virtuous circle that is created when you give people hope. So I couldn't be more hopeful about 2017. I think 2017 will be a springboard for some phenomenal activities for Careem in Egypt, for sure." 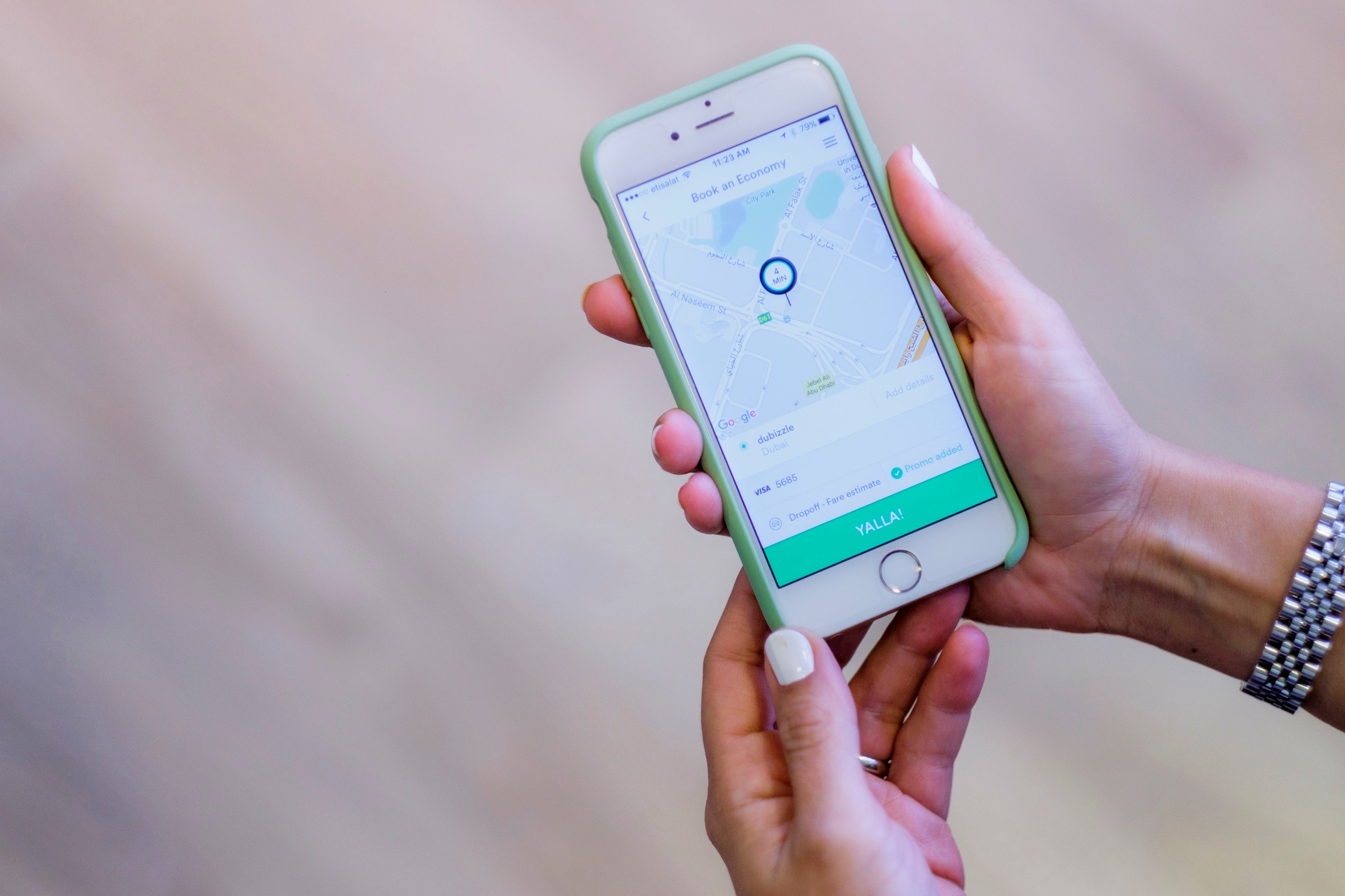 Careem App.Image source: Careem.
Hearing Fakharany speak, it becomes quite apparent that he shares a lot of the same corporate ideals as Careem co-founders Magnus Olsson, Mudassir Sheikha and Abdullah Elyas have professed to in the past, and he confirms that this factor indeed played a key role in his decision to move from Google to the startup. "First of all, the company has an incredible mission, which is to facilitate the lives of people, and build an awesome organization," he explains. "And these are the guys I would like to work with, in that they are good, ethical, hardworking, fair, tough guys. You couldn't expect more from a colleague, or a partner, or a boss… I think great leaders are people who are just good in creating other leaders, and [they] almost have no control over this. So you don't do this by design- you do it by basically just empowering people, being nice and civil to people, and [being] authentic and doing the right thing… So, Magnus, Mudassir, Abdulla, the three co-founders, are people that I highly respect, and you want to be with them all the time, because they're just good, kind, hardworking, tough, and fair people. You couldn't ask for more."

Related: Working At A Startup Made Me A Better Version Of Myself

But Fakharany also makes it clear that working at a startup is no walk in the park either- he admits to have found his few months at Careem to have been "super hard," and claims operating in such a tough environment is not for the fainthearted. "You need to have incredible tenacity, immense amounts of energy, the ability to reinvent yourself every 3-4 months and push yourself harder, and at the same time, a meticulous level of detail," he notes. "So you [have to be] super operational, super on the ground." But for all the challenges working at a startup can pose, the positive aspects of the experience outweigh everything else, Fakharany says, and given his own career transition, it's hard to not take him at his word. "First of all, this is something that cannot be taught- unfortunately, it has to be experienced," he says. "Second is this immense power that you have as a startup in making decisions and making mistakes and correcting them, and being faced with very tough challenges every single day… So it grows you up.

This experience: you tinker with stuff, you make mistakes, you move at phenomenal speed, but you learn every single day. Sometimes I feel that the person that I met a few weeks ago is very different than the person you meet now… With all due respect to very large companies, you're a small piece of the puzzle in large companies, and the playbook of operations, the playbook of advertising, the playbook of marketing has been written for you. All you have to do is be a good student, read the playbook, and basically do a very small part of the equation. You obviously grow when you're working for a large bank or a large multinational, but the amount of learning that you accumulate in a startup in multiple disciplines [is unprecedented], because everybody is driven, challenged to grow the company. Whether you're marketing or business development or social or IT or legal or operations, you can actually help other colleagues, and you sometimes work like you work in multiple organizations... So, two years in a startup in a hyper growth mode is as good as 12 years in a large company."

Fakharany's statements make it clear that he would like to see more people in the MENA region work at startups, and according to him, this shift in thinking is already materializing with young graduates who are looking to start off their professional lives- and this will be continue to happen in 2017. "I think we are about to reach some really interesting scale for local companies," he says. "Like, there's a lot of local companies that have reached a certain scale, where the success is very obvious, in your face. So, if I was in university right now, I'd think, why would I join a large multinational company? Why not join a Souq.com, or a Careem. com, a local homegrown company where I am going to be [able to remain] at home? My skills will be enhanced, my ability to tackle different parts of the ecosystem will be enhanced, and at the same time, I'd be a very useful and powerful force for my community. So, I think everyone is watching us, all the young people are watching our success, and 2017 will be phenomenal, for sure." It's a rather optimistic statement, sure- but Fakharany's earnestness makes me want to believe it too. Here's hoping.

Wael Fakharany on mastering your position at a startup 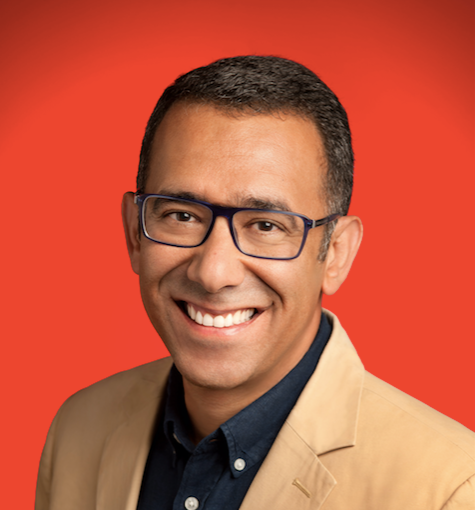 "Try to find a way to renew your energy, because this job is draining. So focus your energy on how to rebuild it [as well], because we are all human beings."

"Keep on doing the right thing always. Cutting corners and doing wrong things will benefit you for a few hours or few days, but it will hurt you in the long run."