By Iliana Montauk
July 16, 2015
Opinions expressed by Entrepreneur contributors are their own.
You're reading Entrepreneur Middle East, an international franchise of Entrepreneur Media.

In April 2014, my team and I at Gaza Sky Geeks launched a new pipeline activity with a grant from Google for Entrepreneurs. Our goal was to increase the number of women startup founders in Gaza.

We had seen a high percentage of women's participation in the startup sector in Gaza since we began our work: often, 30% of the attendees at our events are women. But when we first presented our startups to investors in November 2013, only male-led teams received investment. It was too early to determine whether this was a trend or not, but we had a sense that it was and we wanted to nip it in the bud.

Women's leadership in the Gazan startup sector: a world of opportunity

It's easy to look at a place like Gaza and pity those of us who work there. It may surprise you to hear that it's also a place full of opportunity. Women's leadership in the tech entrepreneurship sector is one of those. Here's why:

In some parts of the world, it's normal to see 15% women's participation at an event like Startup Weekend. In Gaza, those percentages have already been around 30%. We could settle for that level of participation - it's already quite high, right? We don't think so. Rather, we believe that places like Gaza can be global leaders in creating an inclusive tech entrepreneurship community.

Source: Gaza Sky Geeks
2. It's closed off from the rest of the world

For our community who lives in Gaza and for the business success of our startups, Gaza's closed borders generally pose serious barriers. They separate our entrepreneurs from the startup movement around the world. But in the case of women's leadership, the closed borders may actually give us the upper hand. The people we work with haven't been exposed to the low level of women's leadership elsewhere. Here, we can harness our isolation to incubate a startup sector whose faces reflect the diversity in the broader environment. (We still believe our startups would benefit from having open borders, but since this is something we are unlikely to be able to change, we focus on finding ways to work within these constraints. Whenever the constraint creates an advantage, it is our job to identify it and harness it, as do entrepreneurs around the world.)

3. Women know they are good at math and science (STEM fields)

Before moving to Gaza, I lived in Jordan and had a Syrian roommate. She had never heard of the stereotype that women are worse at science, technology, engineering, and math (STEM fields) than men. The same applies to Gazans. Girls generally get the best scores in these fields in high school. "Americans think women are worse at math and science than men?" a Gazan young woman once asked me. "That's ridiculous. We're better."

4. Families are eager for anyone to bring in income

At Yahoo!'s Change the World conference in Amman, I learned that some Jordanian communities do not feel comfortable having their daughters work in environments with men. That may apply to some extent to Gazan families, but overall, because unemployment is 50%, any family member who can bring in income is encouraged to do so. Plus, with high percentage of women at Startup Weekends and the Gaza Sky Geeks co-working space, families know that their daughters will be in a safe place.

Of course, that does not mean there are no challenges. When my team at Gaza Sky Geeks decided to set a goal to increase the number of women-led teams securing investment or launching their startups successfully without investment, we ran focus groups to find out what barriers women were facing. Here's what we found:

2. Startups hold no prestige in Gaza

Most Gazans have never heard of a startup. Families would prefer that their daughters, sisters, and wives do something prestigious or at least something their community understands and values. I've only lived in Gaza for a year and am still learning local culture, but from what have discovered, Gazans consider it prestigious to earn income, obtain a degree, or receive a certificate or prize (at the end of a training course or competition). Why someone would want to spend each day at a co-working space without bringing home any immediate income (nor a certificate) is simply confounding.

Families also hesitate to encourage their daughters' involvement in entrepreneurship because resources are scarce. It costs some people half of a monthly salary (US$200) to transport themselves to our co-working space and back home each day. Why spend the family's money on something that is not yielding a clear return?

4. Women have lower confidence than men

In our focus groups, women said over and over again that they did not think they had the skills or knowledge necessary to launch a startup. We knew that their skill set was similar to that of men in our pipeline, so we identified this as a lack of confidence. Women said they would eagerly engage in a structured program (training, coaching, milestones, etc.) but outside of that context, they did not know how to move forward.

That's how we decided to launch our solution: Intalqi. Intalqi is "Let's begin!" in Arabic. 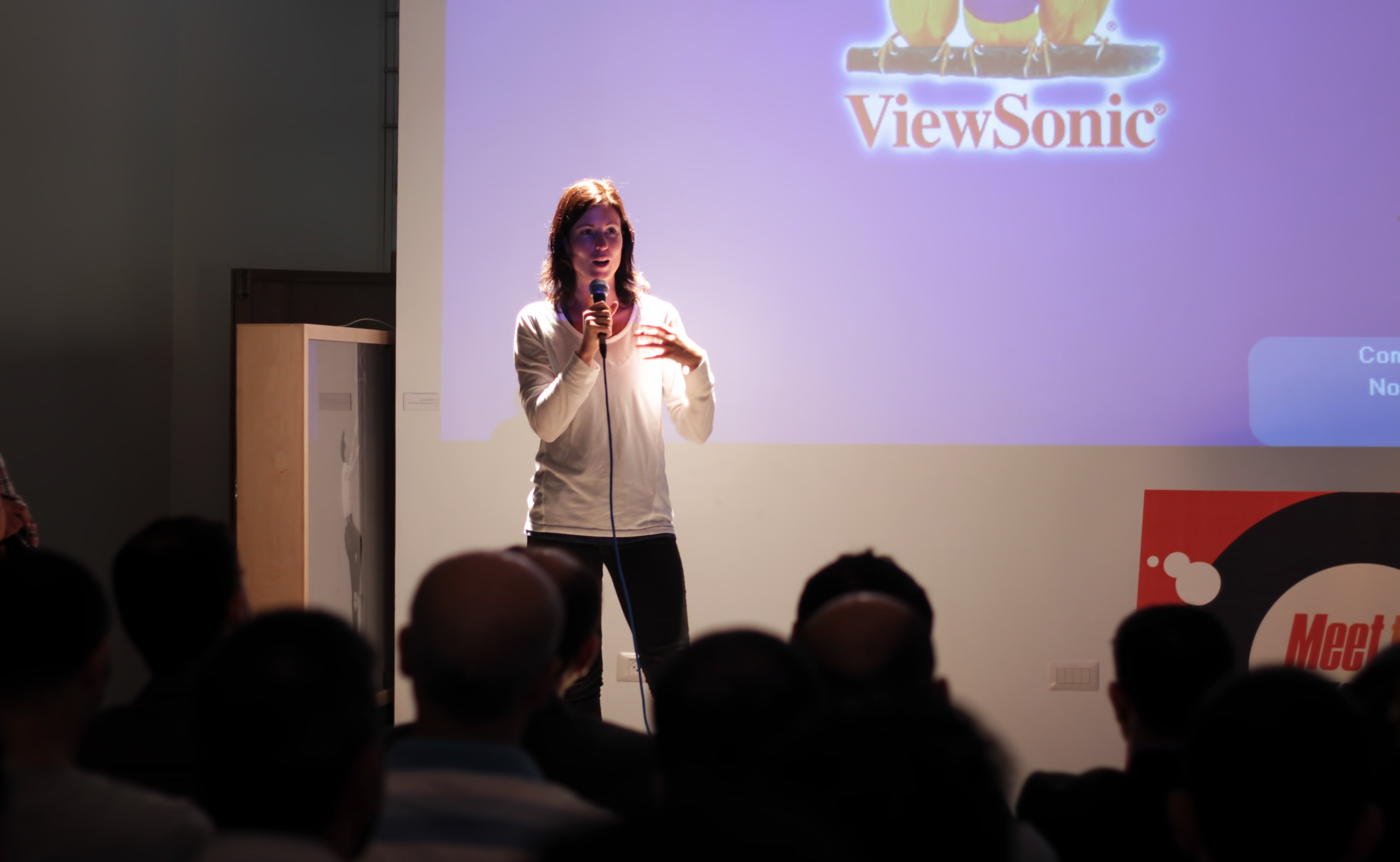 Our initial design was simple. To address families' lack of support for entrepreneurship, we put a few measures into place that gradually improved things:

1. Get families on board by providing status symbols they value

We gave women participants small stipends ($100/month for women leaders in the program, small prizes for other women) so that their families could see an immediate, tangible benefit to being an entrepreneur. Women said their families loved this - even if it was not much, it made them believe that their daughters were valued.

We also sent families a text message each week describing their daughters' or wives' accomplishments. We asked the women which family member should receive those messages. Then we sent them: "Lina just gave one of the best presentations we've ever seen!" we wrote, or "Tala's idea has evolved into one with tremendous potential!" Women said their fathers and husbands loved this, too.

Finally, we planned to give certificates and invite families to see the final women's final pitches. We ended up stretched thin preparing to launch Startup Weekend, and soon after that the Israeli-Gaza 2014 conflict broke out, so we failed to implement this piece. We still believe it would be worthwhile in our next round.

We want to get families on board with their daughters' or wives' dreams, but we realize families are unlikely to provide serious support until launching a startup in Gaza becomes as prestigious as launching one in Silicon Valley. In the meantime, launching a startup anywhere is hard, and founders are much more likely to be successful if they have a community that supports them.

Gaza's tech sector is still nascent, and the biggest challenge our founders face is their lack of connection to other countries. This translates to lack of awareness of trends, lack of mentors, difficult access to new markets, etc. Thus, a core part of the Intalqi community we created were our outside mentors: each Big Sister was paired with a mentor from abroad. This also addressed the challenge of lack of local role models. In general, very few women are leaders in Gaza's private sector. External role models are needed to discuss basic questions like work-life balance, how to be a business leader with female qualities, continuing one's career while having a family, receiving respect from male business leaders, etc.

3. Make it clear that women are welcome

For our Startup Weekend in June 2014, we consciously targeted women. We designed a logo and color scheme intended to make it clear that women were welcome. Since then, we've learned from Google for Entrepreneurs' other partners -especially UPGlobal, the company that created Startup Weekend- that simply inviting women to events can increase women's participation immediately. We've become big advocates of being thoughtful about the pictures we put on our website, the way we decorate our space, and other symbols that communicate unconscious or conscious messages.

We also learned through our own experience that it is ok to weight participation towards women to build an environment that is clearly comfortable for women. For our June 2014 Startup Weekend, 30% of the applications we received were from women and 70% from men, but we accepted 50% of each. We worried how this would impact the quality of the event. As you'll see below, those fears were unnecessary.

Because women said they'd continue working on their startups if they could participate in a structured program, we created a structured program. The entrepreneurship training that exists in Gaza is sorely out of date, so rather than replicating it we designed our own. We were the first to bring the Lean Startup methodology to Gaza, the concept of embracing failure, and more. Mostly, we helped participants identify a market, iterate to create an idea that had large potential, and find a team to launch a prototype of the idea.

The result of our work was a dramatic increase in women's leadership in the startup sector in Gaza. We ran Intalqi for just two months before Startup Weekend. Over 600 people applied to the event. We chose 150 participants. On the first day, 70 pitched ideas, and half of those were women. The idea that won the most votes was by Nalan al-Sarraj, a Little Sister from Intalqi.

At the end of the event, two of the top three teams were ones with women leaders. These days, approximately 70% of the people at our co-working space each day are women. Out of the five most prominent startups in our pipeline, four are led by women or have women co-founders.

We're proud of these achievements, and eager to keep pushing the envelope in this work. We believe Gaza's nascent and energetic startup movement has the potential to contribute in meaningful and innovative ways to the global tech sector. Women's inclusivity is an important one of these.

Intalqi was made possible with generous funding from Google for Entrepreneurs and implementation by Mercy Corps' Gaza Sky Geeks and Mercy Corps' larger team. Special thanks to Nadine Badderedin and Said Hassan Abdalrahim for designing and leading Intalqi with so much thoughtfulness and enthusiasm.

Gaza Sky Geeks (GSG) is the first startup accelerator in Gaza. It was founded in 2011 with support from Google and is implemented by Mercy Corps, an international humanitarian organization which provides access in and out of Gaza. GSG conducts outreach to a community that until recently was largely unaware of startups, identifies top talent, creates a pipeline for investors, and connects strong teams to investors. In the past year, largely due to GSG's work, Gaza startups obtained seed level investment for the first time. Interest in Gaza has spiked: over 600 Gazans applied to the most recent Startup Weekend in June 2014.

One of GSG's biggest successes has been creating an inclusive startup community with 50% women at the co-working space and in the startup pipeline. In this piece, GSG's director Iliana Montauk describes how the accelerator grew women's leadership in the nascent tech sector in Gaza.