By Kareem Chehayeb
July 13, 2015
Opinions expressed by Entrepreneur contributors are their own.
You're reading Entrepreneur Middle East, an international franchise of Entrepreneur Media.

As the MENA region's F&B industry continues to soar, most entrepreneurs view this as an opportunity to open up their own F&B business. But Reda Islam, Rashed Islam, and Mahmoud Elsaid were inspired to partake in this growth a little differently. Having found the process of booking a table at a restaurant through the telephone frustrating (which can be due to everything from unanswered calls to voicemail responses), the three got together to develop YoTable, an online restaurant-booking platform that they believe is a lot more efficient. Developing YoTable was based on what the co-founders call "technology product development," relying heavily on user feedback and trial-and-error. Fortunately, the co-founders also had the "resources and network" of the businesses they were already a part of- for instance, Rashed islam owns restaurant review site Jeddahfood.com, Reda Islam has 25 years of experience in IT, and Mahmoud elsaid has managed three businesses in the tech sector in the Middle east and Europe. when asked about how expensive starting up YoTable was, the co-founders simply respond, "as [with] any business, setting up a company is capital intensive." The trio claim to have not brought in any angel investors, choosing instead to self-fund their venture. This shouldn't come as a surprise though- given their other entrepreneurial endeavors and their many years of experience, it's safe to assume that they'd then in IT and development, platform enhancement, sales and marketing. 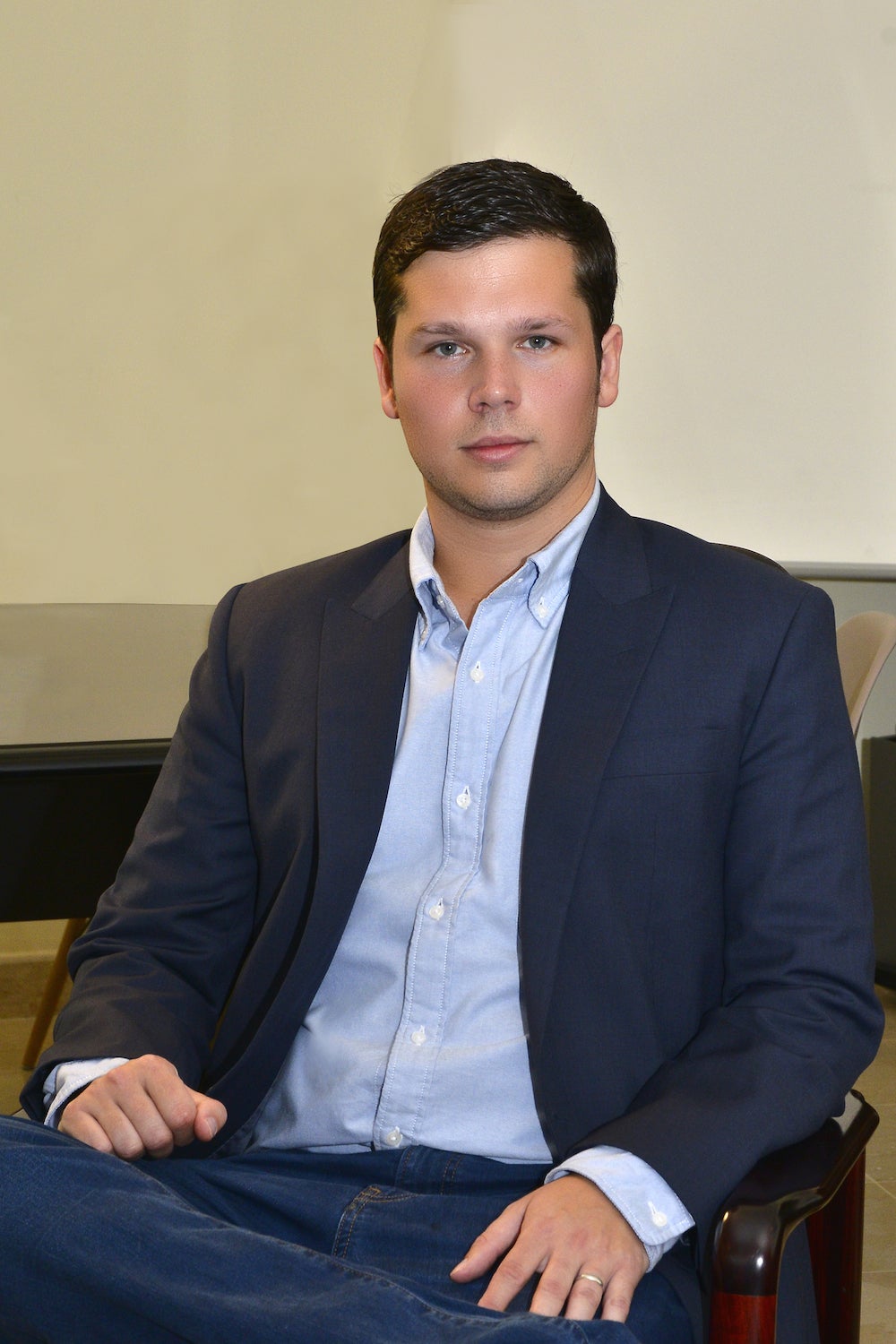 So far, it looks like YoTable has been well received in its native Jeddah. Most of the restaurants that have approached YoTable are "popular fine dining" establishments, which the co-founders say is their main focus, as these outlets almost always require a booking. "We are not currently including as many casual dining venues on YoTable, as the majority of these do not usually offer reservations." Going forward, it looks like the co-founders will be talking to international hotel groups that have their own in-house restaurants, simply because "they totally understand the system, as they already offer online room reservation," and so, connecting their restaurants have the skills to bootstrap their enterprise off the ground. Regarding ROI, they simply aren't focusing on it, explaining that they are still in YoTable's "launch phase and are currently offering free trials" to bring in more users and restaurants on the platform. Once YoTable is more comfortably settled in the market, They'll probably look more into it, given the costs they will have to bear to a booking platform like YoTable would be easy and virtually problem-free.

That said, it's not going to be an easy ride for YoTable going forward, given that there's been an increase in online booking platforms
in the region. how are the co-founders going to handle their competition? Long story short, the folks from YoTable want to make it more than just an online booking platform. "We try to differentiate ourselves by focusing on more than just the booking, offering more choices to the diner," with users being given the opportunity to book restaurant offers and special events, such as buffets, with details like price per person included. The co-founders claim that "diners have been particularly interested in such offers," giving them the green light to keep things in top gear in that department. They've also worked hard on marketing their platform. Social media plays a huge role in their marketing strategy. "Social media is essential in this day and age, more so as our audience is online," also adding that it's been a great platform to receive customer feedback. you can find YoTable on Twitter, Facebook, and Instagram, but the co-founders admit that they've been focusing on the latter two; in terms of other platforms, they mention trying out Snapchat and Periscope, but not finding them to be suitable fits. They believe that instagram is the most effective platform for them simply because of its "reach" factor. "If we post a photo, and our followers log on, they will see it in their feed, and this is in contrast to facebook, where your followers don't see what you post most of the time, even though they have "liked' your page." Having to pay for better reach despite having many followers is a concept that they claim makes no sense, but given that "this is likely to happen to all social media platforms eventually," they admit that they have to prepare to splash cash on these channels all the same. outside of social media, YoTable has a blog on their website, which could play a positive role in bringing in more users. The co-founders believe that having a blog
is important for a business, since "not only does it deepen the relationship with our users, but if we want to write about exciting news on the food scene, the blog is the best place to do so." It also helps them generate more content for social media accounts. we, as consumers, can expect to see some restaurant reviews, articles on F&B, and even recipes on the blog in the near future. 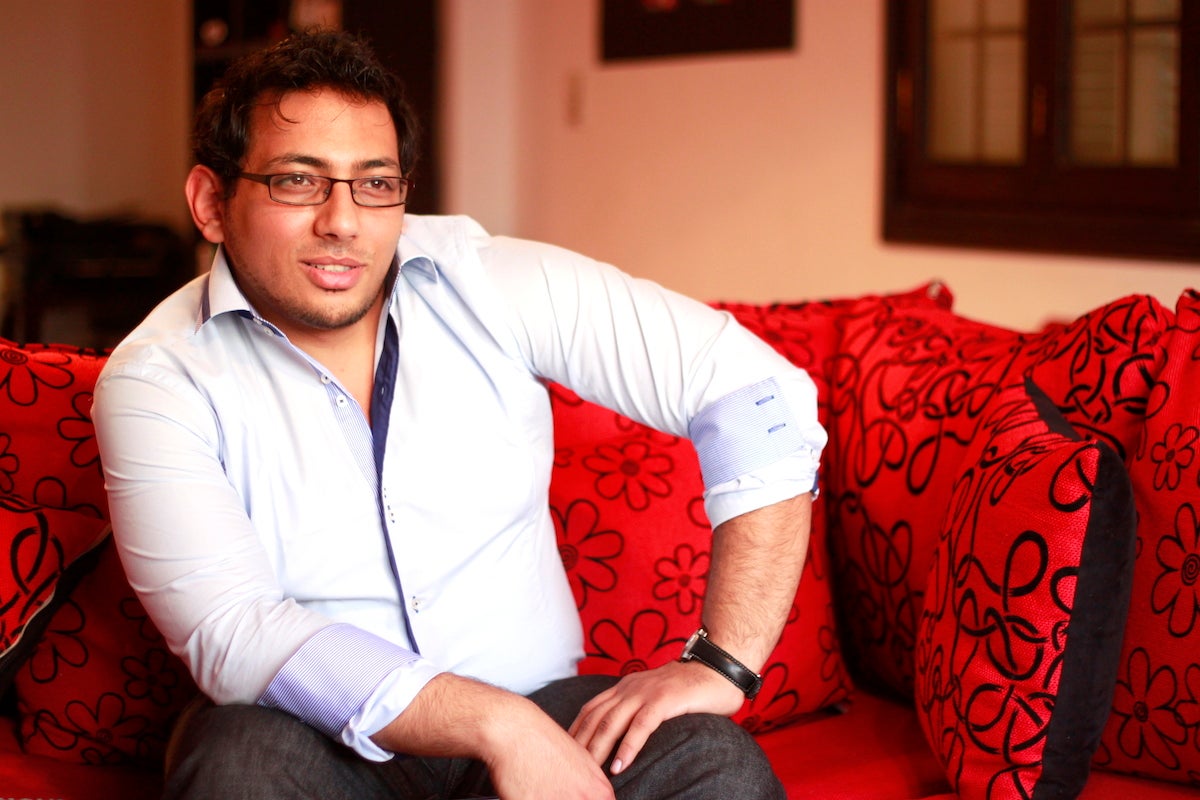 While they currently only operate in Jeddah, there are other cities in Saudi Arabia that you can see on the portal. The trio didn't reveal too much information, but they've been focusing heavily on expanding in Saudi Arabia's growing market. They are also almost ready to launch YoTable's iOS and Android mobile apps (sorry, BlackBerry users). What about e-commerce and m-commerce? It hasn't been top priority, but it is something they have taken into consideration. "At present, the most likely way we would see ourselves incorporating payments would be for diners to pay for a fixed price luxury dining events like a "Friday Brunch' or fixed price set menu," they say, adding that they wanted to avoid what they describe as "coupon territory."

The future does look bright for YoTable, who even feel more optimistic about the Kingdom's F&B industry. The trio gave a shout-out to Saudi "treps in the F&B industry, and boast about having many successful local F&B businesses on YoTable. "It is great to see so many local businesses start from scratch, without having to go down the franchise route." Each co-founder gave a different answer when asked about their favorite restaurant. While Rashed's favorite is a small Japanese restaurant called the Wakame Lounge, Reda's favorite is the Leyalty Group's Chinese fine dining establishment called Toki, and Mahmoud's is a lebanese restaurant called Shababik. One thing they all have in common, though, is that you can book a table at all three restaurants through YoTable the next time you're visiting the Kingdom.