The Changing Face of Entrepreneurship in Morocco

By Safaa Nhairy
February 14, 2016
Opinions expressed by Entrepreneur contributors are their own.
You're reading Entrepreneur Middle East, an international franchise of Entrepreneur Media.

Being an entrepreneur seems to be the "cool" thing to be in Morocco at the moment. Universities are creating business and entrepreneurship majors, the government is working on modernizing the administrative procedures and aspects for entrepreneurs, events and conferences are being organized and sponsored, and a number of investment funds are being implanted in the economic capital and beyond. A large number of Westerners are also moving to Morocco to start and run their businesses. With all this movement and dynamic in the country, is Morocco really the new land of opportunities?

A recent exhibition in Casablanca shed light on a number of young entrepreneurs in the country, who, while facing their first challenges as startup founders, had to present and defend their ideas to their visitors. From an educational Lego center for kids, to a delivery service of healthy on-demand uncooked meals, these buzzing founders have one dream in common: to be able to swim against all the waves, to persevere and to stay in the game. Having a burning desire to be financially independent and create value in their societies, these young kids jump in to entrepreneurship against all odds, and often against the will of their parents, who sometimes have to help them financially for the first few years. "My parents were in shock when I told them I wanted to start a business," says Ahlam Lamrani, one of these young entrepreneurs. "They wanted me to get a degree and work in a big corporation… Two years on, they still ask me to get a "real' job!"

Given the lack of a fully supportive system, one wonders what drives these entrepreneurs to get started on their businesses, and keep going in the fickle world of entrepreneurship. "The global economy pushed Moroccans to reconsider their lifestyle and life goals, and find new ways of taking control of their lives, especially that the bureaucratic mindset of most Moroccan companies is off-putting,' says Kenza Bennis, a 30-year-old entrepreneur who launched an Argan-based cosmetics line in 2012. Other reasons include unemployment, job insecurity and a lack of high profile jobs.

In the 2015 Africa Competitiveness Report, Morocco was placed on the 72nd position in the World Economic Forum's 2014-2015 Global Competitiveness Report, making it the fourth most competitive country in the African continent. According to the same study, agriculture continues to play an important role in terms of value added on the continent, yet its decline over the past four decades has largely been offset by the larger role of the service sector while manufacturing has been stalling.

In an effort to ensure employment opportunities for the 67.2% of the population, and given the fact that the public sector cannot absorb all of these unemployed people, the government is attempting many projects and programs to encourage entrepreneurship among the country's youth, and also relax the administrative procedures in hiring, taxes, social charges during the startups' early years of operation. Unfortunately, these efforts are often met with skepticism before they even get off the ground, because of the many past unsuccessful trials and errors by the government. 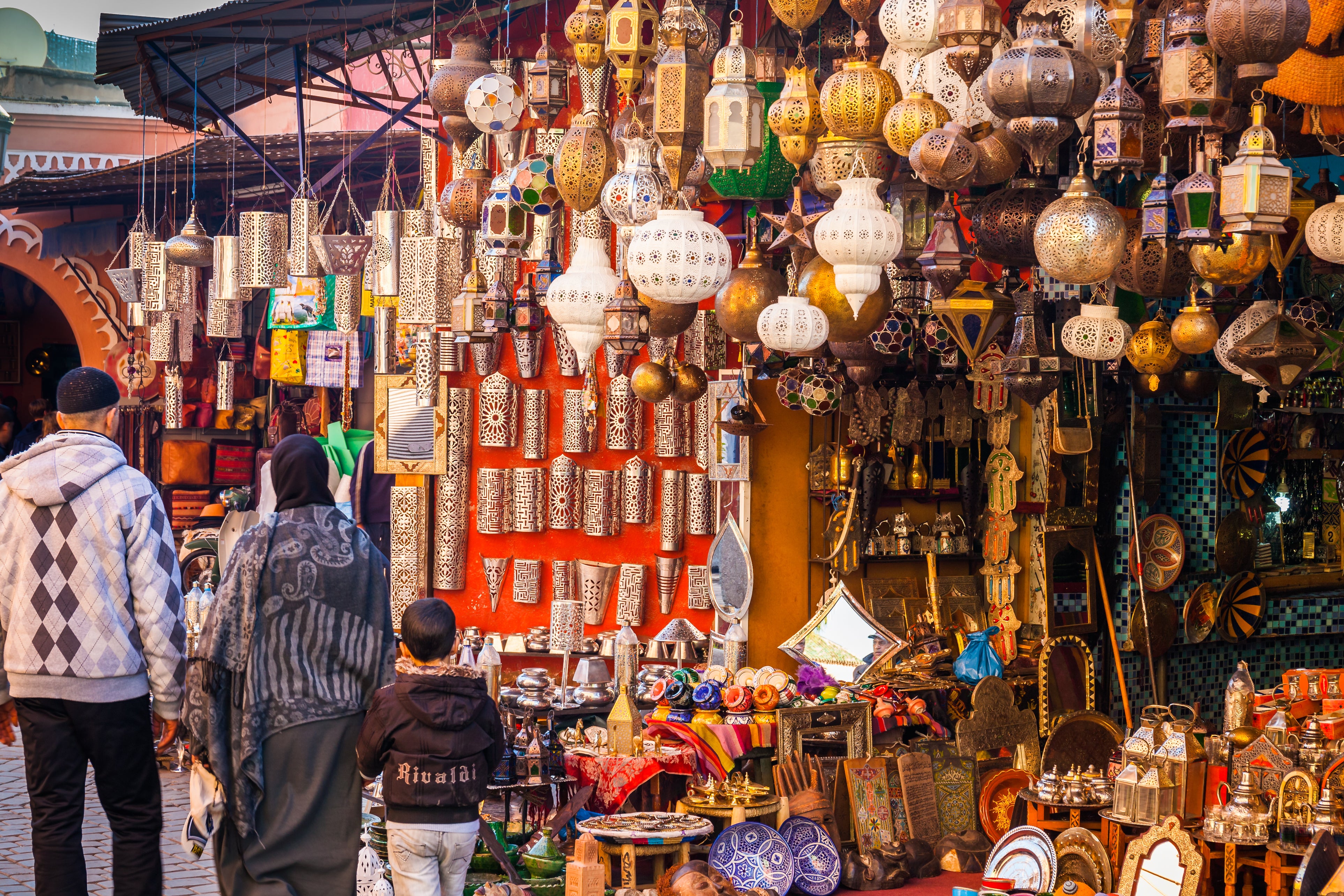 Funding and financing remain one of the top concerns of young entrepreneurs, who, in spite of their attractive business ideas, cannot take the plunge because of lack of resources and proper business mentoring. "The entrepreneurial ecosystem is still young," says Outmane El Hassani, Entrepreneurship Network Director, a program of the Office Chérifien des Phosphates (OCP), the largest global producer of phosphate rock and controlled by the Moroccan state. "Lack of support, experts and mentors that could support entrepreneurs, differentiated geographical coverage in terms of resources and the availability of capital but only beyond the seed stage, are all barriers to the creation and sustainability of a company at the national level."

But while the ecosystem may be fairly young, many organizations and groups aim at helping the youth to demystify entrepreneurship, consider it as a career choice and especially keep them motivated in what can be a lonely road of entrepreneurship. "I recently attended an event organized by Start Up Maroc," says Said Bourhim, a 39-year-old entrepreneur. "Spending the whole day at the conference taught me a lot of things. Many serial entrepreneurs were present and have shared their experiences. I also often attend CEED labs. They help us entrepreneurs get to know each other and potentially work together." Bourhim adds that he received his first purchase order last year, which he claims to have brought "magic back into his life and hope for the future."

Other organizations positively impacting people's lives by helping them start a business and benefit from a long-term support include INJAZ Al Maghreb, ENACTUS, Start Up Your Life and MCISE. However, the efforts remain insufficient for the population at large, which is in need of a well-rounded support to sustain their businesses in all regions of the country and sometimes beyond Morocco. El Hassani also notes OCP Network's efforts in this regard, saying that it "aims at partnering with all types of local, national and international actors in order to boost these ecosystems through the promotion of accompanying programs dedicated to entrepreneurs regardless of the stage of development of their project." Much of the support is focused on the promotion of entrepreneurship and the foundations of starting a business.

International organizations are also making their presence felt in the Moroccan scene, helping foster entrepreneurship and the entrepreneurship spirit by setting up competitions and grants. The British Council, the World Bank, the U.S Embassy, etc. provide opportunities for training new entrepreneurs and support their efforts to improve their conditions. These competitions, which are usually focused on themes such as social enterprise, innovation, education and environmental entrepreneurship, have projects that tend to have a tremendous impact on society. However, these programs are not usually widely promoted, and Moroccan entrepreneurs may not be aware of their existence.

Entrepreneurs with a few years under their belt also have to face a number of challenges as their businesses grow. "My biggest challenge is creating the perfect team with the skills and qualifications the business needs," Lamrani notes. She argues that over the course of her business's existence, she has hired and fired several people who do not meet the average requirements. While development and growth are the main concerns of these entrepreneurs, other cultural aspects also make it difficult for them to thrive quickly in the first years. Just like in most Arab cultures, the importance of having a solid and large network is what helps entrepreneurs ensure income in their early years. Accessing the bigger markets remains an unattainable dream for many, as transparency in tender applications still have a long way to go.

While competitiveness and innovation are overly used words in the entrepreneurial jargon in Morocco, it seems like most innovative enterprises are reproducing successful business models proven abroad, especially those from France. The original and untapped ideas have yet to find investors and incubators who are willing to believe in the entrepreneur, offer mentorship and above all fund the project. But despite the complexity of the markets and the scarcity of the resources available, young Moroccan entrepreneurs hustle to create their own jobs, stay in the market, bring value and participate in the development of their country's economy. It may be a slow process- but Morocco's entrepreneurs are eager to speed it up.