One of the tech startups to come out of Lebanon that looks set to soar is White Lab, a company that specializes in healthcare analytics, headed by Lebanese entrepreneur, architect, and professor at the Lebanese American University (LAU), Cyrille Najjar.

One of the tech startups to come out of Lebanon that looks set to soar is White Lab, a company that specializes in healthcare analytics, headed by Lebanese entrepreneur, architect, and professor at the Lebanese American University (LAU), Cyrille Najjar. The White Lab CEO partnered up with Eve Tamraz, who holds a PhD in neuroscience and focuses much of her work on the health and environment, to set up the enterprise. We thought that there is a huge problem in healthcare in which many of the treatments were not based on tangible data, says Najjar, who hopes that White Lab will provide products that can increase data transparency to both doctors and patients.

The company's first product focuses on air quality and allergens: Sensio Air, a device that detects different particles in the air that you can connect to your smartphone. We both have allergies, says Najjar. We need to know what's in the air. Of course, for both Tamraz and Najjar, it wasn't just personal; there is a huge gap in the local, regional, and global market for something like this. That said, it couldn't be more relevant to the MENA region, where many countries deal with sandstorms, "heat peaks", and in their native Lebanon, pollution, which could increase "the impact of allergens on your body."

Developing this super cool gadget wasn't a simple task for both co-founders, but two factors certainly made the process easier: the diversity of skillsets and keeping it straightforward. Tamraz says that they started experimenting with the "electronic side" of the product, using a Styrofoam board. All this was done in the living room as well, adds the co-founder. While the folks at White Lab are looking for angel investors to help them scale up the product, they bootstrapped to kick things off. 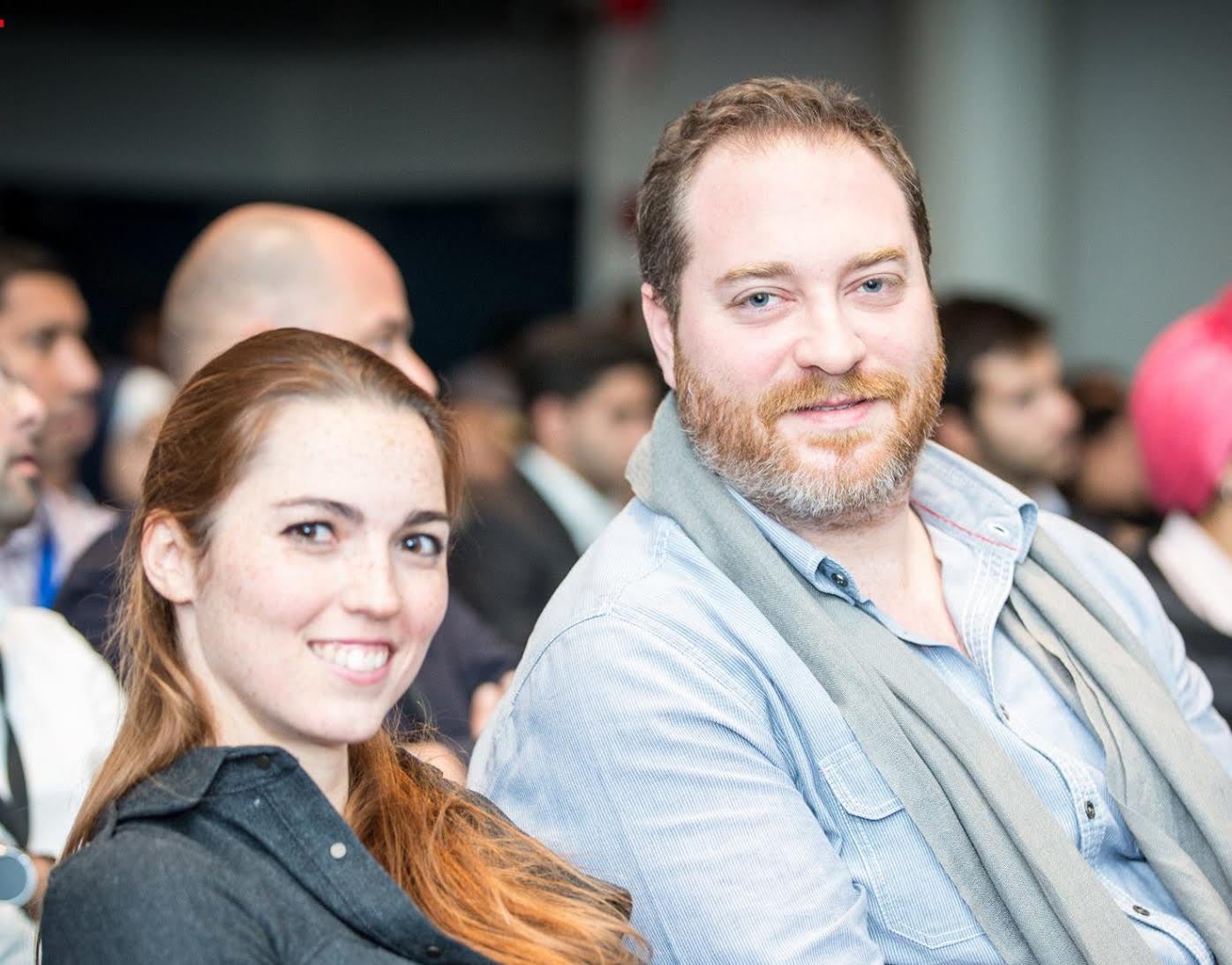 "In the beginning we focused on patenting the technology, traveling expenses, [attending] fairs, and prototyping", explains Najjar. In addition to both Najjar and Tamraz, the team includes a consulting CFO, a developer, a junior architect, and a business developer. Coding tasks are outsourced, although the co-founders claim to have taken a stab at it themselves as well.

With the co-founders different backgrounds and skillsets, it is expected they both faced different challenges during Sensio Air's development process. For the neuroscientist Tamraz, the toughest bit was "definitely working on the detection part of the product. What about the industrial architect and entrepreneur, Najjar? "The main challenge for me was understanding the market, developing the right proposition for that market, and making sure the product is positioned in a way that makes it desirable." The duo believes that their next set of challenges will include "making sure we get as many units out as possible."

More on how Sensio Air works: the co-founders add that it's "both a device and an app. The device tracks everything in the air and feeds the info back to the cloud, and then to your phone, says Najjar. Tamraz elaborates: "It will give you information on everything from light intensity, allergens, gases, and other irritants." But not only does it give an analysis of the air, according to Tamraz, Sensio Air will also share the potential health problems based on its analysis.

The app was launched in January for both iOS and Android devices, and is free. On its own, the app will provide data of allergens and other irritants in the air, depending on which city or country they're in. This info will eventually come from other users of Sensio Air; at this point, it will come from "third-party research and from some of the Sensio Air devices that they've set up in different cities.

At the moment, Sensio Air is at its beta testing stage. "We have people signing up everyday on our list," says Najjar, "They seem to be really interested." As of last December, they had 200 testers. For those interested, they are still accepting beta testers from anywhere in the world; just sign up online. The Sensio Air device will eventually come in two versions: a "personal edition," and a higher-end "enterprise edition."

What about the company's marketing efforts? The co-founders admit to have been emphasizing heavily on putting out a top-notch product at the moment. While you can find White Lab and their parent company, White sur White, of which Cyrille Najjar is its CEO, online, most of their interaction has been focused on other businesses, particularly energy companies, and companies that monitor air quality. 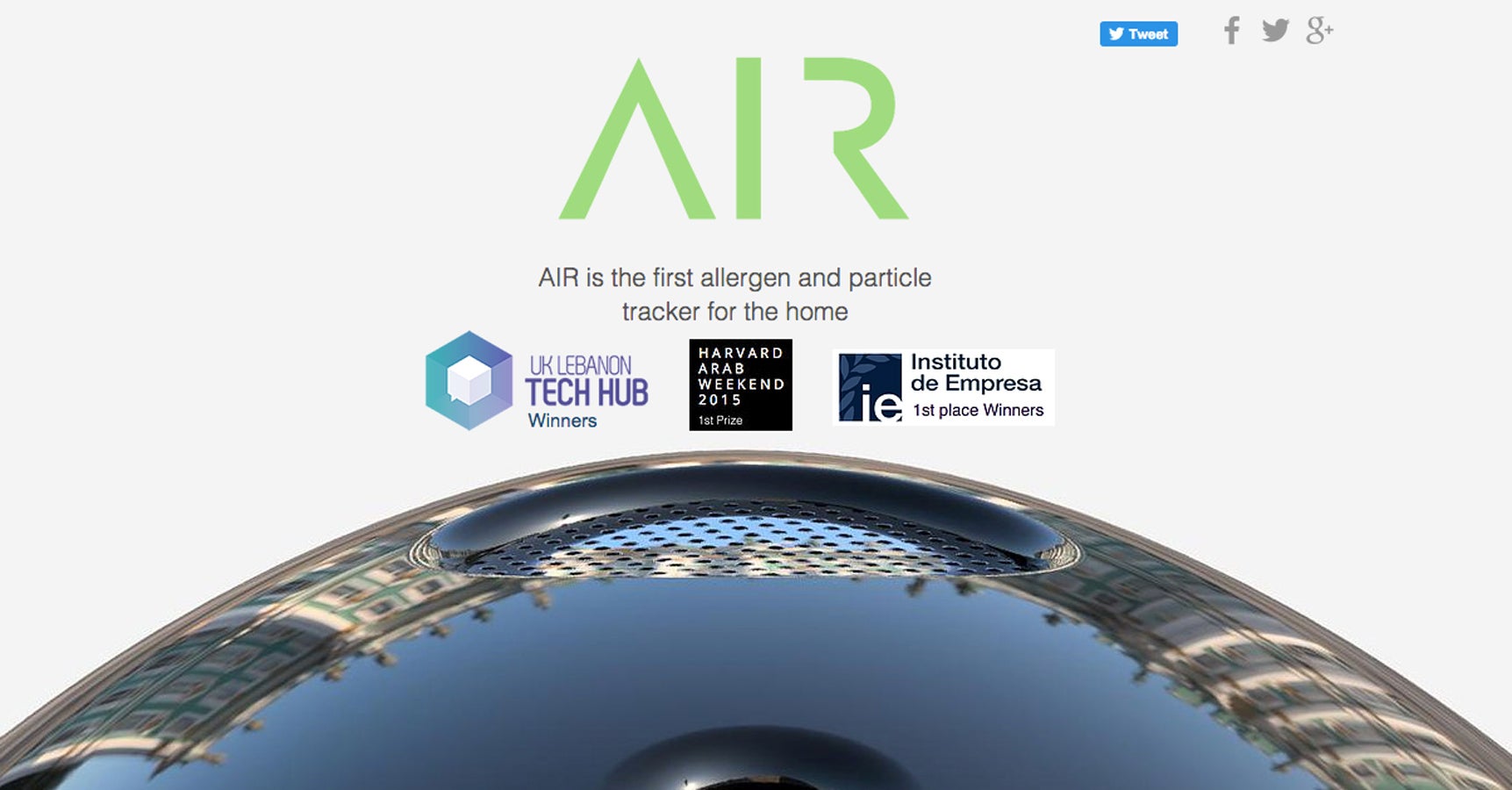 White Lab was one of 15 Lebanese startups that packed their bags and headed to Silicon Roundabout in London for six months to take their enterprises to the next level as part of the UK Lebanon Tech Hub initiative by the British embassy and Banque du Liban. Tamraz and Najjar both previously won startup competitions in Paris and at Harvard University, but they say that the UK Lebanon Tech Hub is "the best we've seen."

Najjar believes that the provision of networking and mentorship opportunities, as well as the top-notch tech infrastructure that the hub offers will only shake things up for Lebanon's tech scene. "Next year, we're going to see a huge batch of stellar startups in Lebanon," Najjar predicts. Both co-founders are confident that the UK Lebanon Tech Hub and other similar initiatives are going to dismantle Lebanon's main obstacle to its entrepreneurial ecosystem: the country's weak tech infrastructure. So can we anticipate a slow down in Lebanon's infamous "brain drain"? Here's hoping for the best.