We Got Funded: UAE-Based E-Commerce Enterprise Awok Raises US$30 Million In Series A

Ulugbek Yuldashev, founder and CEO of Awok, has led his startup from just three employees in 2013 to a 700-strong team.

Awok, a UAE-based e-commerce platform, has raised its very first external round of financing- a Series A round of US$30 million.

Ulugbek Yuldashev, founder and CEO of Awok, had successfully bootstrapped the business since its launch in 2013 with just three employees and $30,000 of initial capital. Over the years, Yuldashev has grown Awok to have 700 employees who work on an e-commerce platform featuring 200,000 products across 50 categories.

The Series A financing round was jointly led by Dubai-based StonePine ACE Partners, out of its StonePine ACE Fund, and Al Faisaliah Ventures, a corporate venture capital arm of Saudi Arabia's Al Faisaliah Group, while Endeavor Catalyst joined in as a co-investor.

"Awok stands out from its competitors mainly because of the market segment it caters to which is the lower income segment [of people] who don't have the same financial resources to buy online [as other income segments]," Yuldashev says. "Our products are unique, cheap, and cater to the daily lives of our market segment."

Alejandro Carbon, Chief Portfolio Officer of Al Faisaliah Ventures, said that the Al Faisaliah Ventures team scanned the market for the best end-to-end e-commerce capabilities –from sourcing to last-mile delivery– and found Awok to be the right player to become the next unicorn while supporting the region's small and medium retailers who entered the online space through Awok marketplace platform.

Youssef Haidar, founder and CEO of StonePine Capital Partners and Head of the StonePine ACE Fund, added, "What has been achieved by Ulugbek and his core team at Awok with the resources they had is nothing short from outstanding. Not many companies, even amongst the well-known success stories we celebrate in the region, have shown such a level of resourcefulness and outstanding execution with no external funding." 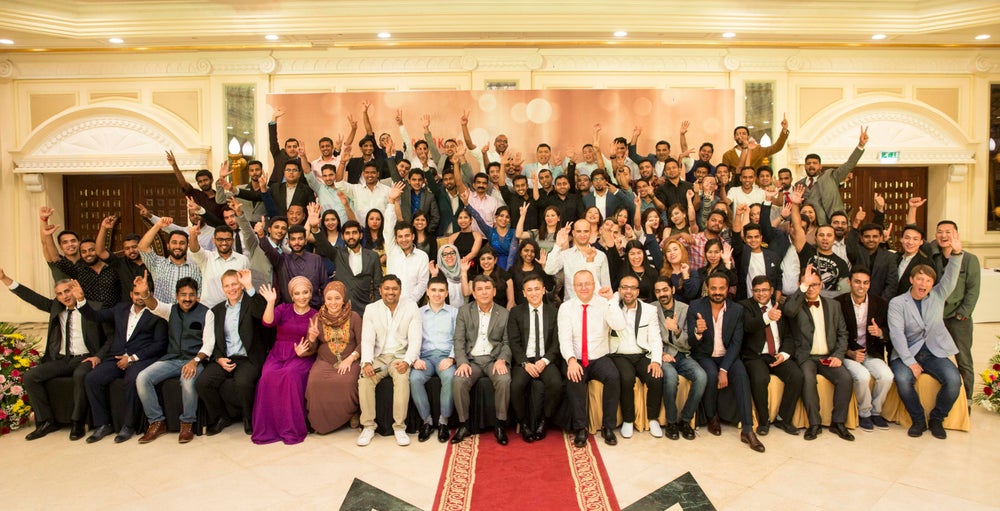 The new funds will be mainly used for expanding Awok's operations into Saudi Arabia, to enhance the its platform with new technological developments, such as its AI capabilities, and increasing its offering across multiple product categories, Awok stated in a press release. Yuldashev added that the company hoped to have close to 1200 employees by the end of this year.

Tips for entrepreneurs from Ulugbek Yuldashev, founder and CEO, Awok

1. Find a real problem: Before you start your business, you need to understand the problem that you are trying to solve for the people, and to find a way to address it.

2. Get a committed team: You need to have a trusted team of senior management, co-founders and highly skilled colleagues working on your product.

3. Look to the long-term goals: It is always important to have a long-term goal on why you have started the business. You need to be passionate about it and build a sustainable business for the long term. Never try to think about an exit as that could prove to be a short-term thinking.