"I'm a Bahraini citizen, and I firmly believe in citizenship- what your country has given to you, you have to give back to your country." That's the response I got when I asked about what drove H.H. Shaikha Hessa bint Khalifa Al Khalifa to do all that she does in her role as the Executive Director of INJAZ Bahrain, a non-profit institution that she founded in 2005. Since its establishment, INJAZ Bahrain, which is a part of the global JA Worldwide network, has been, for more than 10 years, building on its vision "to inspire a generation of Bahraini youth to use their natural talents, inspirations, passions, and determinations to become the business leaders and entrepreneurs of tomorrow." Sure, it's a decidedly large undertaking to take on- but looking at all that INJAZ Bahrain has accomplished so far with young people in Bahrain, it seems fair to say that Al Khalifa and her team are very much in line with the realization of that vision. After all, as Al Khalifa -who's also a member of Bahrain's Supreme Council for Women, as well as the Chairperson of Al Salam Bank's Board of Directors- proudly states, INJAZ Bahrain's programs, which has its volunteers educate students on workforce readiness, financial literacy and entrepreneurship, have, so far, reached 108,000 students in the country- and it's pretty certain that this number is only set to grow in the future.

Recounting INJAZ Bahrain's origins, Al Khalifa says she started the organization after she started working in Bahrain following her studies in the UK, which was where she had got firsthand experience of the JA Worldwide program through its branch there, Young Enterprise. "I did the complete program," she remembers. "And therefore, I'm an alumnus of the organization." On her return to Bahrain, Al Khalifa found that while the country had a strong educational system already in place, students weren't being taught entrepreneurship in a practical manner, which, when considering that they were going to be soon joining the workforce, left them at a disadvantage. "Bridging the gap between education and the world of work is very important," Al Khalifa notes. "And the JA Worldwide Program offers that- they bridge the gap between the world of work and school." With that being the case, Al Khalifa sought out JA Worldwide's regional office in Jordan at the time, and went on to establish a licensed branch of the organization in Bahrain. She then approached the country's Ministry of Education, which got on board with INJAZ Bahrain, after realizing the benefits of its offerings as an extracurricular activity for students, and then kicked it off on a high school level. At the same time, Al Khalifa went about setting up a leadership team for the organization as well. "I approached some of the big organizations in Bahrain, such as CitiBank, Bapco, all large organizations in Bahrain from the private sector, and we formed a board of directors, comprising of 10 CEOs from the major corporations," she says. "And then they funded the organization, and provided their employees to be volunteers to teach the program." 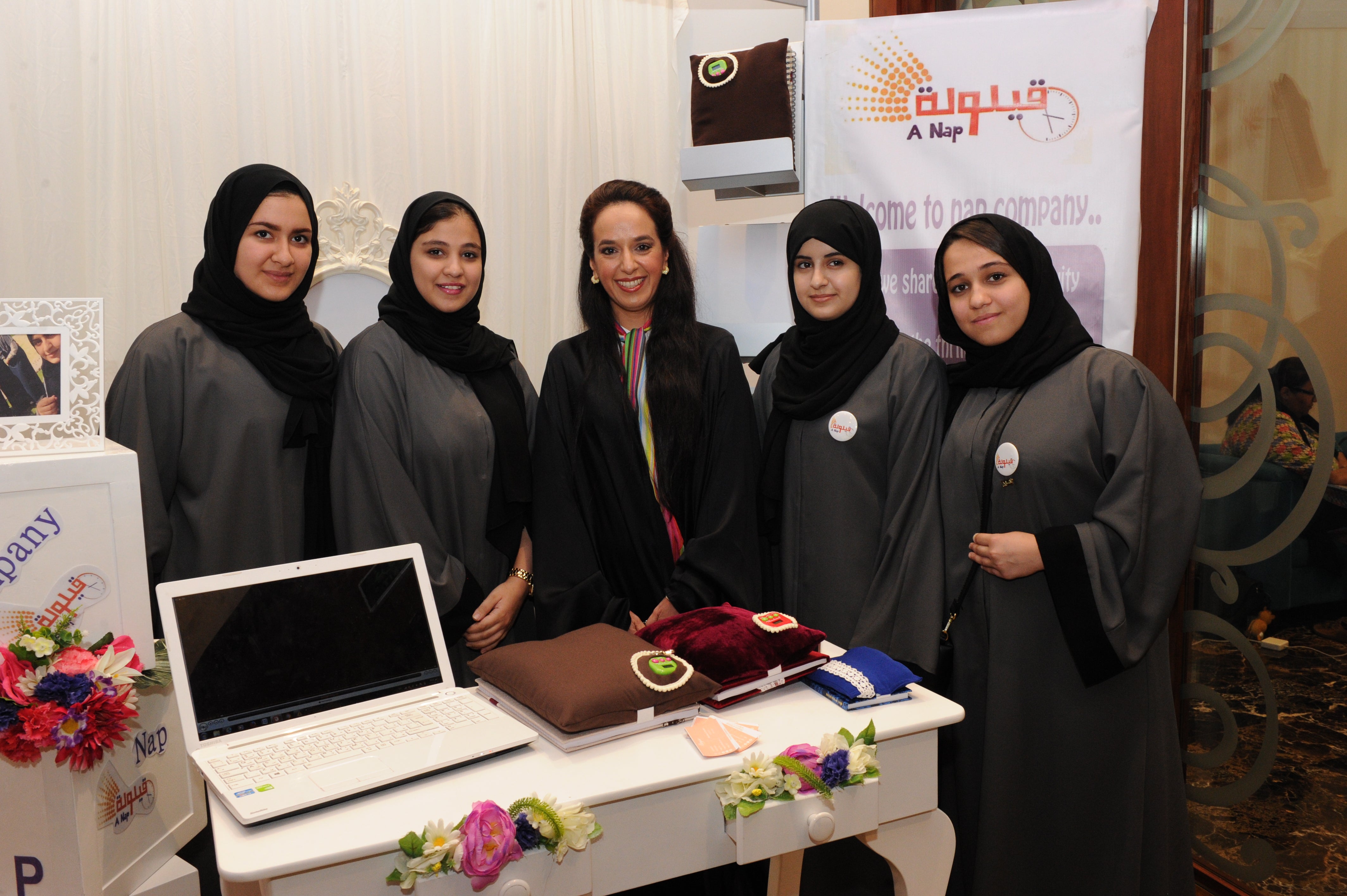 Given that volunteers teach INJAZ Bahrain's programs, Al Khalifa is extremely cognizant of their contributions in realizing the organization's vision. "We tell them they are our partners in the program," she says. "Without the volunteers, we cannot open a class. So, our team -we are a team of 10 people working in the organization- try and outreach to as many people in the community as possible to join us, and support our mission. And it's been very good- the board of directors has been very effective in releasing their volunteers [from their respective companies] during working hours, go to the schools once a week, and teach our program." In terms of future plans for INJAZ Bahrain, Al Khalifa is keen on increasing the organization's reach in Bahrain. "We aim to continue to reach as many students as possible, to engage as many volunteers as possible, because the program has two sides to it," she explains. "When the volunteer teaches the program, the volunteer gains skills as well; it's not only the student. So both parties are benefiting. If the volunteer did not take the program as a young person, the program itself will enhance the volunteer's communication, presentation, time management skills, etc. At the same time, the students are gaining a lot of information, learning how to communicate, and learning about the global economy. So the program has benefits to both the volunteers and the students. So we are trying to get as many people to volunteer with us, as many students to join with us... We want to train a lot of volunteers, and we want to train a lot of students."

As for INJAZ Bahrain's offerings itself, Al Khalifa says she and her team will continue to strive to bring the best educational programs available worldwide to Bahrain. This is particularly important, Al Khalifa says, because INJAZ Bahrain aims to equip young people to succeed in the global economy- and not just the local one. "Bahrain has [a population of] 1.2 million, the GCC has less than 40 million residents," she notes. "You can't think on a local level to create a big business. For a profitable business, you have to think more on a global level, I think." As a result, INJAZ Bahrain's offerings are always in tune with changes in the global economy, as they are updated and reviewed every few years by JA Worldwide to ensure that they are not stagnant. "We want to keep on offering the best programs available globally," Al Khalifa says. "We work with other member nations around the globe to swap programs, to learn from their experiences, and enhance what we can offer our students here in Bahrain." Such a mandate is in line with the Bahrain government's overall policies regarding the promotion of entrepreneurship, and it's easy to see that INJAZ Bahrain is essentially furthering the realization of that particular goal. "I think the Kingdom of Bahrain offers a lot of support to entrepreneurs," Al Khalifa says. "We have an entrepreneurial society. We have Tamkeen, which is a part of the government that offers aid to startups. We have the Bahrain Development Bank, we have the Supreme Council for Women, and both have incubators to support entrepreneurs. But, to be honest, there has been no one targeting younger kids. And this is where INJAZ Bahrain comes in. We actually teach them [entrepreneurship] at university, high school, and intermediate levels, before they get in to the job market. So we teach them to think entrepreneurially, before they finish their education." 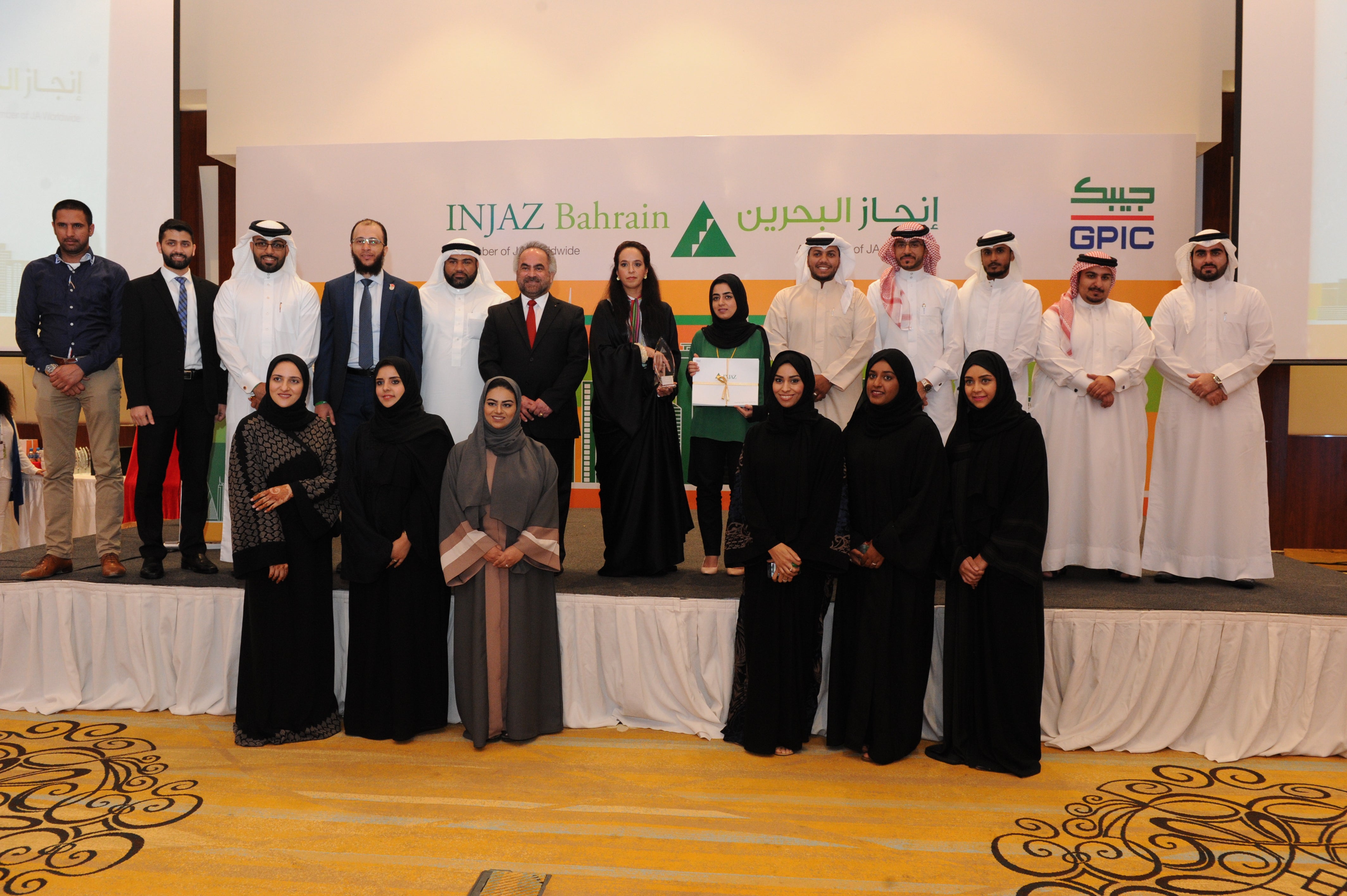 At this point, I ask Al Khalifa her advice for young people in Bahrain and the wider Middle East considering venturing into entrepreneurship, the ones daring to do something different from the norm. "I think they shouldn't dare, unless they have a solid education, a solid degree behind their back," she replies. "I think it's important when somebody wants to start up their own business, they should, first of all, have a solid education background behind them. It'd be nice to [also] have some sort of formal work experience as well, or some sort of internship training they have done, or something that had them exposed to an actual working environment- so that they understand what a working environment is, before they start up their own." Al Khalifa also suggests that wannabe entrepreneurs get a taste of the real deal by enrolling in entrepreneurial courses like INJAZ, and make it a priority to add skills like marketing, etc. to their resume. "I also think a knowledge of the legal sector is very important," she adds. "[You need to know] what you are allowed to do, what you are not allowed to do, all the policies, all the framework that are available in your country." Finally, Al Khalifa advises entrepreneurs to lower the risk for fledgling enterprises by researching thoroughly- be clear about the needs of the industry, the demands and opportunities available before making inroads with respective startups, and thereby bettering chances at success. "I think that the goal with entrepreneurship is to be successful," Al Khalifa concludes. "Entrepreneurship is a learning curve anyway. I mean, you have to learn it. But I think, minimize your falls. If you start up with these few tips, I think you will have a smoother ride."