By Aparajita Mukherjee
March 27, 2017
Opinions expressed by Entrepreneur contributors are their own.
You're reading Entrepreneur Middle East, an international franchise of Entrepreneur Media.

"I come from a business family, and I always wanted to be like my father and grandfather, and continue their legacy." That statement by co-founder and Managing Director Zeyad Al Jaidah is an indication of the familial factors that led to his establishment of Techno Q, a 100% Qatari systems integrator specializing in audio-visual, building controls, fire and security systems, lighting, information technology, broadcast and hospitality management solutions. "We have been in business from my father's side for the past three generations," Al Jaidah notes. "My grandfather, Ibrahim Yousuf Jaidah, had a partnership with his brothers, and as their kids grew up, they separated the businesses. My grandfather, with his sons, established Ibrahim Yousuf Jaidah and Sons, which can still be seen at Souq Waqif, around 1883. They were commodity traders, buying pearls from here and selling in India; buying and selling spices from India here too."

But Al Jaidah's journey in setting up Techno Q wasn't a straightforward one- he was educated in mechanical engineering in the US, after having been given a scholarship by Qatar Petroleum. After earning his degree in 1994, Al Jaidah returned to Doha and immediately started working with Qatar Petrochemical Company (QAPCO), as a trainee mechanical engineer. "Six months later, I was made responsible for maintaining the rotating equipment in the utility section and three months down the line, I was in charge of capital projects in addition to my original job," he says "In 1997, shortly after starting Techno Q , I sought a transfer to work with the Doha Municipality as a drainage engineer in the design division. I stayed there until 2001, when I decided that I wanted to quit and become full-time entrepreneur." It was while in the US Al Jaidah met his business partner, Abdulla Alansari, who was a year junior to Al Jaidah at college, though at that stage, neither was very sure what business they would want to pursue when they eventually returned to Doha.

Related: The How-To: Starting Up A Business In Qatar

It was during his time at QAPCO that Al Jaidah found his entrepreneurial spirits come to the fore. "My brothers had a small gift and electronic shop, called Target Centre at Kahraba Street, which they had bought from someone and it was not doing well," he remembers. "It mostly sold electronic goods at a very low margin and did not have a solid business model behind it. They asked me to look at reviving the business and decide what to do with it." Coincidentally, Alansari was also toying with a similar business idea, and that is what led to both of them setting up a shop at Salwa Street to sell home theatres. However, that business didn't do so well.

"We failed miserably since we were targeting a price range of QAR200,000 to QAR250,000 and in 1994-95, there were no takers of our product in Doha," Al Jaidah says. "We demonstrated our home theatres to the then Prime Minister H.E. Sheikh Hamad bin Jassim bin Jaber Al Thani, who wanted an advanced audio system for his new palace. H.E. Sheikh Jassim liked the product, but said he did not want it, and instead, he gave us the specifications of what he wanted, based on what he had seen in New York those days: one single touch screen to control all the electronic goods at his home, and a plasma TV, which was a novel item in those days. We hadn't done anything like this before, but we were determined to make the client happy." This resulted in him and Alansari travelling overseas just to understand the ongoing trends in consumer electronics by visiting fairs, and during one such trip to the US, they were introduced to Amx, an American company which specializes in touch screens, and had business dealings with Saudi Arabia. 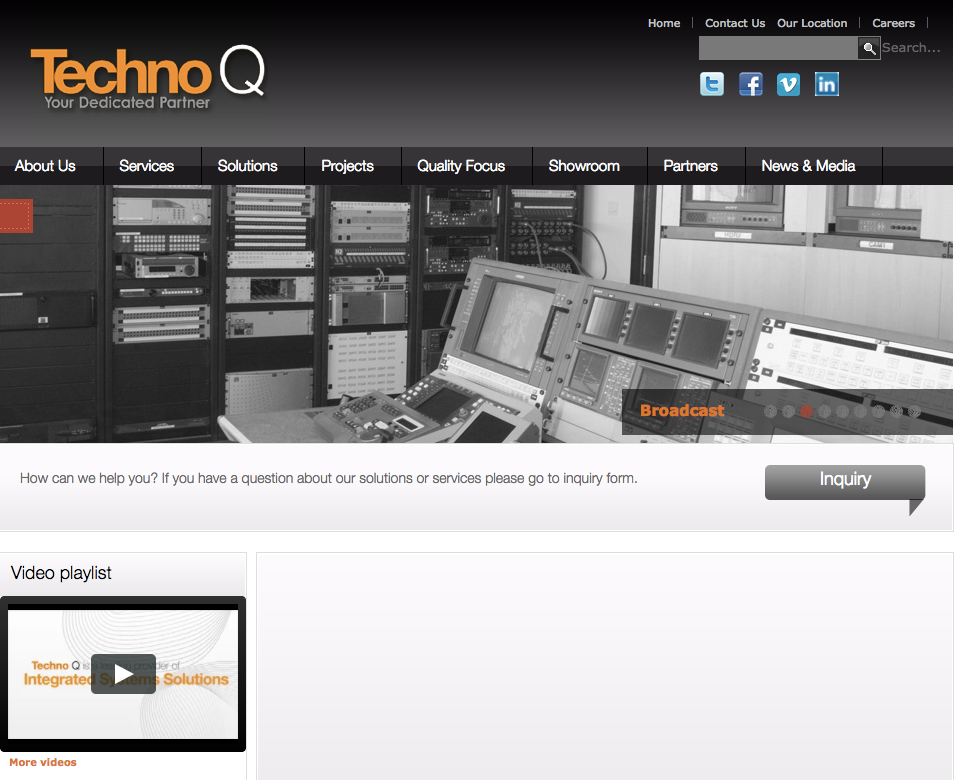 Recalling how they got the project off the ground, Al Jaidah says, "We did that project with great difficulty, since we also had to cater for the specifications given for H.E. Sheikh Jassim's palace by his interior decorator, who wasn't happy with the infra-red receivers popping out from the corners of the rooms! [But] we learnt a lot from that project, and in the end, the client was happy. We learnt how to offer custom-made solutions and most of such projects even today are big ticket, which suits us financially as well." The other project of pride around the same time was the audio system for the under-construction BMW car showroom, owned by Omar Al-Fardan, who had just taken over the BMW agency. "As a consumer, who heard a robust sound from our home theatre system, Al-Fardan wanted it customized for his car showroom, again something we had never done before. These two early projects taught us how to evolve to our customer's needs." Narrating his experience with other big-scale projects, Al Jaidah says that it was around the same time that The Mall on D-Ring road was also opening and though Techno Q could not secure the audio system contract for the whole shopping mall, they bagged individual shop contracts. He details, "Abu Issa was, at that time, building the anchor store Highland and they wanted a sound system for the store. By the time we completed that, he also wanted the anti-shoplifting cameras, which were add-ons and helped us scale up."

Speaking about the initial years, Al Jaidah admits that it was indeed very challenging at the outset. When it comes to the hardships they endured, he says, "Techno Q began without having any project references. For instance, in 2001, when we went to Darwish Holding, which was constructing the Weill Cornell Medical College (WCMC-Q) in the Qatar Foundation for the audio visual system for the auditorium, and bagged it, and simultaneously, MidMac, which was also constructing the temporary building for Texas A&M, they said to us, "You guys who just run a speaker shop and have bagged a QAR11 million project (referring to the WCMC-Q project) and have come to us for another QAR15 million project– you both must be out of your minds because you sure will fail." (At that stage of TechnoiQ 's growth, the largest project in value terms that they had completed was the Ministry of Interior auditorium for QAR1 million, on Corniche.) "MidMac did not give us the job, but to someone else, who could not deliver," Al Jaidah recalls. "So, they came back to us asking if we could deliver the project to their quality standards, and we agreed."

Coupled with lack of project references, a weak balance sheet did pose a stumbling block to secure finance from banks. "We were deemed too small to get any direct jobs from the government. Eventually, of course, we bid for as big a project as the Qatar National Convention Center, which was a whopping QAR90 million in project value," says Al Jaidah, adding, "But, in spite of these difficulties, I have never looked back to work in the government. I believe whatever happens is for the best. When I look around now and see some of my friends who continued to work for the government earning high salaries and, culturally, they are held with greater social esteem than a businessman will ever be. But social esteem is less important to me compared with the freedom I have of not having to answer to anyone for my work, which, had I continued to work for the government, I would never have been able to enjoy. Even if someone is a minister, he will be answerable for his work, owe some explanations to his superiors, which I honestly don't have to." 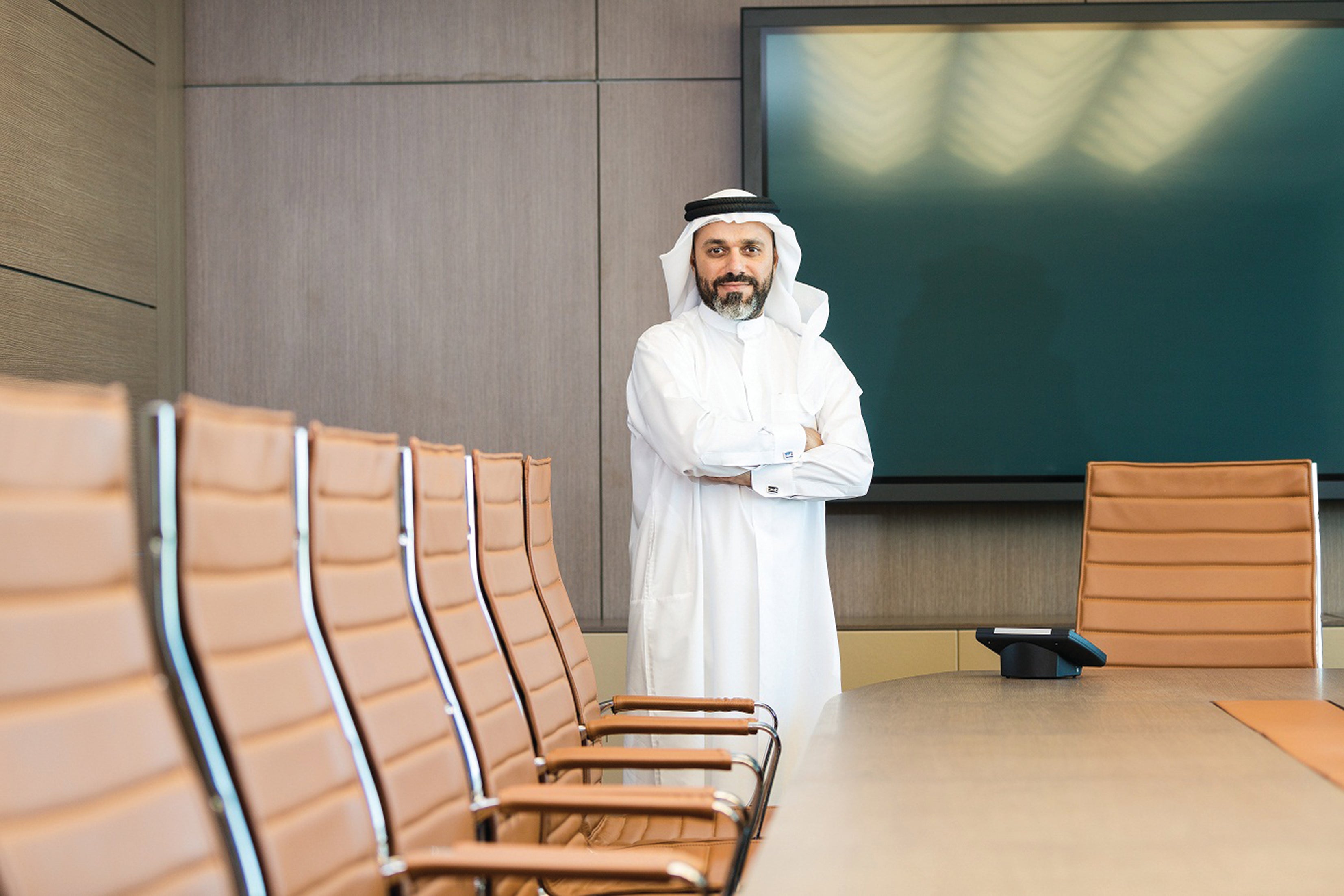 Zeyad Al Jaidah, co-founder and MD, Techno Q.Image credit: Techno Q.
Al Jaidah's family and his forefathers built their business reputation on honesty and integrity, and that's a tradition that he is very particular about continuing. "I strongly believe in those qualities and think they are the founding pillars of any successful long-term business," he states. "A businessman can easily oversell and overcharge, duping the customers who are depending on the expert– that is me, in this case. Just as I expect honesty and integrity from those who are selling to me, I have the duty to be honest and open about prices, and avoid over-billing to my clients. I have every duty to pass on credit and savings, where I can, to my customers. So, in business, the character traits of honesty and integrity come with a greater premium than being in a job. These business ethics also make me feel better within. I grew up hearing that my father Mohammed Jaidah was an honest and ethical businessman. I inherited this legacy from him and I want to pass on the same legacy to my children." As for challenges and lessons learnt on his entrepreneurial journey, Al Jaidah says, "Trusting people was one of the biggest challenges. I have learned not to take things at face value, always read between the lines and the fine print! I make sure you put every single detail in writing, especially in agreements. The longer one takes in drafting agreements, the clearer the relationship will be in the long term."

Cutting back to the present, Al Jaidah has learned to delegate. "Sometimes when you have grown the business, you have no option but to delegate," he says. "Now, I also have some other businesses that I own with my brothers, such as the ones in the construction sector, and I just do not have the luxury of doing everything on my own. For me, trust now comes ahead of experience, and I have developed an eye with a better judgment of whether I can safely trust someone. This comes with experience." As for advice to a budding entrepreneur, Al Jaidah feels that the most important advice is that he/she must know the type of business they are going to pursue inside and out, so that they do not need to depend on someone who would run it for them. "At least not the core of the business," he adds.

"Second, when the time comes to take the plunge, do not be afraid to become full-time entrepreneur. Risk-taking is one of the most important traits of entrepreneurship. Always think big and never just look at local market dynamics. Make sure that you can build something that can sustain any foreign competition." He cites his own example by saying, "I always benchmarked the Techno Q product offerings with what was available in the international markets. I never execute a project in Qatar, with the standards available locally, but rather I always think that even if an American company comes here with a job, they will not be able to better my quality and execution standards, even though the costs could be more. Since the clients are paying a lot of money, they deserve the best-quality product." Continuing with his tips, Al Jaidah mentions, "Make sure it's a long-term business idea and not something to make a "quick buck.' Customers will pick that up, and will be reluctant to do business with someone who would disappear soon."