By Aparajita Mukherjee
May 28, 2017
Opinions expressed by Entrepreneur contributors are their own.
You're reading Entrepreneur Middle East, an international franchise of Entrepreneur Media.

As the Qatar Country Manager of one of the largest independent project management consultants, Karim Yazbek, Vice President of Hill International, has a long and varied experience in the region, having served in Dubai, Bahrain and now, Qatar. This is his second tenure with Hill International, which was interspersed with a stint with joint venture between Emaar Properties and a local developer in Lebanon.

Speaking about his experience profile in the Levant and the GCC markets, Yazbek mentions that post his education at Canada and the US, "prior to joining Hill International, I was working with the family business in contracting and real estate development and based in Lebanon, which was followed by a tenure with the government for three years at the Council for Development and Reconstruction, a parastatal body that is responsible for planning and infrastructure at a nationwide scale, reporting to the Council of Ministers in the government. Post that, I joined Hill International in 2006, first in the capacity of a project director and based in Dubai. Then I moved to Bahrain in charge of the country operations in 2008 and the eastern province of Saudi Arabia, post which I moved back to Dubai in 2010 when I was promoted to Vice President and was placed in charge of the sales and marketing in the Middle East, except Saudi Arabia. My role was to promote the business of Hill International through contacting new clients. At the end of 2011, I went back to Lebanon in charge of a real estate development with a joint venture between Emaar Properties and a local Lebanese developer, and was the general manager of that project for four and a half years. After that, I rejoined Hill in charge of the Qatar operations in February 2016."

Yazbek notes that Hill International has been present in Qatar since 2004, and has been involved in over 40 projects in the country, which include the Qatar Financial District, the refurbishment of the Sheraton Hotel, the Grand Hyatt Hotel, Mall of Qatar and the North Gate Mall. "Among our current commitments, we are on the National Museum of Qatar which is designed by the Pritzker Prize winning architect Jean Nouvel, and our 2000-villa contract for Qatar Development Bank in Al Wakrah, apart from one of the largest private residential developments in Al Waab area," Yazbek reveals. "On the infrastructure side, we are on the Green Line of the metro with Qatar Rail as the project management consultant (PMC); we are also the project manager for the Lusail Light Rail Transit Passenger project."

With Qatar being heavily invested in the infrastructure around the FIFA World Cup in 2022, legacy use of the related projects has been a matter of great discussion, and Yazbek feels that each of the infrastructure projects related to the games is, in some way, a good stepping stone for achieving the roadmap for the country as laid out in the Qatar National Vision 2030, in addition to some other specialty areas such as the health services and research and development (R&D) with the government's keenness to position and project Qatar as a regional hub for R&D. Citing one of their projects, Yazmek mentions, "We are involved in the Qatar Foundation Research & Development that is based on Her Highness Sheikha Moza Bint Nasser's vision of investing in hi-tech laboratories. They also are looking at options for stadiums that will be dismantled after the FIFA World Cup 2022 and re-built in developing countries which will contribute to the legacy use."

With respect to the region at large, Hill International has had a very robust presence in the Middle East, and has been involved in projects since the mid-1990s in the Middle East, with a bevy of large projects under its belt- in Abu Dhabi, the Saadiyat Island; in Dubai, the Palm Jumeirah; the infrastructure of Al Ain; and the Bahrain Financial Towers and the expansion of the international airport of Bahrain; in Kuwait, four state-owned hospitals; in Saudi Arabia, there are the Ministry of Housing projects and the Ministry of Defence. "In Saudi Arabia, we are the project managers for now may be more than eight years in the Jabal Ammar development in Mecca, and the King Faisal Financial District in Riyadh; we are also part of the JV for the metro in Riyadh; in Oman, the two huge airports are with us, and a sea resort," Yazbek notes.

Commenting on the service offerings of Hill International in Qatar, Yazbek says, "We offer all our services in Qatar that can be grouped under project management consultancy, and depending on what the client actually wants from us. Every client is unique and requires different things from us, and as Hill International, we try to fit the client's requirements as much as possible. In Qatar, we have been very successful in offering project management, construction management, design management, and less of project management oversight (PMO), though we have PMO services too." When asked about the company's preference for having the government or the private sector as clients, Yazbek says, "There are pros and cons to having the government as a client and a private sector company as a client. A private company is better placed and more flexible when it comes to faster decisions and on a fast-track project with private companies, it is much easier to manage with regard to processes and procedures since these companies are faster in taking decisions. Whether it is the government or the private sector, the PMC relies a lot on the client representatives' decision-making power and their ability to maneuver though the procurement process changes a lot between the private and public sectors. The private sector is more amenable to reviewing the technical aspects of the proposals of a project and not purely rely on the financial aspects which is more likely to happen with a public sector entity." 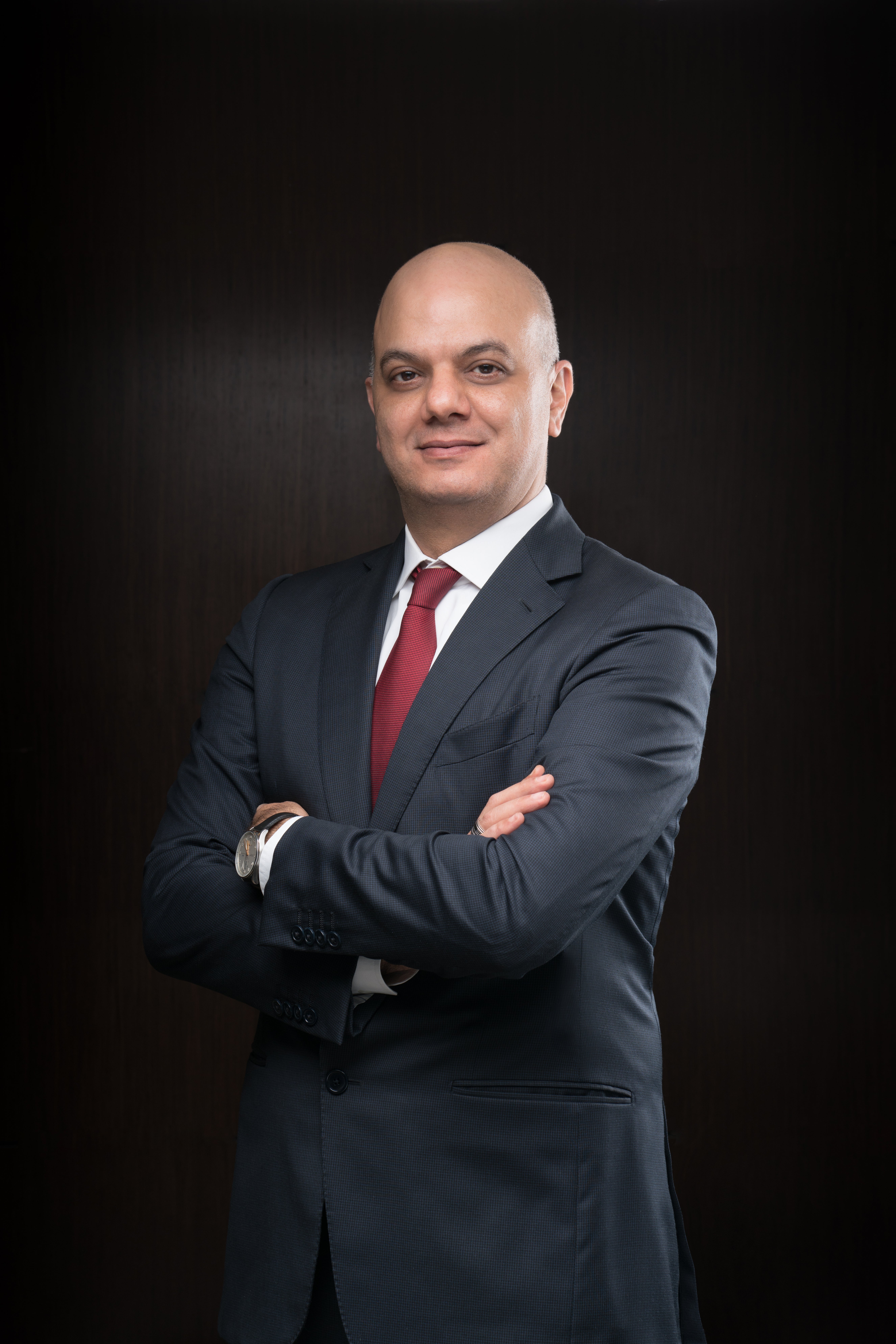 Talking about their current corporate focus on Qatar, Yazbek says that they are looking at bidding on more projects in the country since the corporate philosophy is that "when we start with a client, it is very rare that we stop midway- we start with design and carry on the construction and to delivery, and with Qatar being the second largest in terms of revenue generation, it is one of our priority markets driven by the fact that its economy will be moving faster than the other regional economies."

Speaking about the role that risk management plays in a construction company, Yazbek informs that the motto of the company is that "we are construction risk managers. In the construction business, risks are threefold– quality, time and cost. And it is a difficult balance in that: if we want to squeeze the time, then we will have to let go of the quality; if we want very high quality, the cost will be high, and so forth. They are all interrelated, and the major risks that need better care and management is to take time for the design, bring in quality contractors, which makes the prequalification checks very critical, especially in the context of the fact that a client will want to reduce the tenure of the construction period, since that is a period of negative cash flow for him. Apart from this, getting the right budget, setting a realistic timeframe and robust value engineering exercise are some other factors that curb construction risks to a great extent."

With respect to the distinction between a Levant country's construction sector and that of the GCC, Yazbek opines, "In a way, the Levant construction market is very different when compared to the GCC markets. The main difference is in the size of the projects and the complexities. The GCC construction industry is much more developed and way more professional compared to the Levant, where most of the projects were spearheaded by groups hailing from the GCC countries– for instance, in my second stretch at Lebanon, I was with a GCC group, Emaar. Additionally, the Levant construction market is more segregated, privately held and the government is more involved in the social and physical infrastrcuture creation. So it, in a way, is a stage behind than what the GCC markets are currently going through. Also, the major players in the Levant area are mainly local players, whereas in the GCC the players are of international origin– right from the design and consultancy point of view and construction contractors."

One other factor Yazbek mentions is the level of affordability with the GCC economies, having greater room on the back of their hydrocarbon bounty, compared with those of the Levant countries, "In Lebanon, of late, we do see some Middle Eastern developers bringing in international contractors or signature architects, and it's a tough game as well, since wherever one is, in the market, one does need to be competitive. In terms of finding international contractors, it clearly adds to the cost, over and above a paucity of stability, since all the Levant countries suffer from a lack of political stability, which is a great plus in the case of the GCC countries. Also the Levant area has more competent local players in the construction market, which makes it less of a necessity to get international companies to come into the market, though they do not have a matching power of the international players, but it suffices for the market needs and the size of the projects that come within their competence."

Discussing his Qatar market outlook in the medium-term and what the local Qatari clients feel about the role of a project management consulting (PMC) company, Yazbek is of the opinion that the construction market has already become very competitive, and some clients prefer to cut costs, sometimes at the expense of the quality of delivery. "At the end of the day, PMC is a very small percentage of the overall project budget for a client. However, the impact that it has on the project as a whole in terms of the quality, delivery, time and the budget control is tremendous. If we assume that the PMC scope would be 2-3% of the total construction budget and if you do away with the PMC, you might save let's say 20-30% of that, which translates overall to a measly 0.6% savings in the total budget. We try to explain to our clients that in case you save on PMC, it will not automatically translate into an overall saving for the project budget. However, unfortunately, in a market as competitive as Qatar, the clients are less inclined to listen to the PMC, so what we do is to provide very efficient teams that we call "squeezed teams,' with inbuilt design review capabilities, which are partially deployed on projects, and these multiskillset teams manage and set the project on the right path. This is a fallout of stiff competition where the tender is a very public one, and the likes of Hill International are competing with both international and big companies, and at the same time, with smaller companies. This is anything but a level playing field."

What are the kind of qualities an entrepreneur must possess?

What can Middle Eastern governments do to help SMEs in the region?

Incubators, venture capitalists, access to capital and liquidity, encouragement in dealing with failure, so cushions need to be given.

What would be your advice for a budding entrepreneur?

If you believe in your vision, go for it.

A few of Hill International's projects in Qatar