The investment comes from IFC's $30 million commitment towards the Startup Catalyst initiative that backs funds and accelerators in emerging markets.

Startup accelerator Flat6labs Egypt is closing a new venture capital fund of EGP 50 million (part of a US$1 million commitment) from International Finance Corporation (IFC), the investment arm of the World Bank, to support Egypt's entrepreneurship community. The investment comes from IFC's $30 million commitment towards the Startup Catalyst initiative that backs funds and accelerators in emerging markets. Flat6Labs CEO Ramez M. El-Serafy says that the funding will be used to "accelerate more than 100 Egyptian startups over the next 5 years," and will help "spur a wave of innovation in the Egyptian market" by filling the financing gaps at seed-stage. Flat6Labs provides startups with seed funds, mentorship, a collaborative co-working environment and connections to help them start and scale a business venture. For its new fund, the accelerator aims to look at "innovative and technology-driven companies" across growing sectors such as ICT, education tech, healthcare tech, digital media, and fintech, among others. "I [also] believe that IFC's contribution and support to Flat6Labs' new fund is a strong testament to both our funding model and IFC's commitment to pursue economic growth in Egypt," says El-Serafy.

Earlier in June 2016, IFC announced its plans to double its portfolio of venture capital investments to $1 billion over the next two years to support technology entrepreneurs and accelerate innovation in emerging markets. IFC's venture capital investments include Indian healthcare venture Portea, e-commerce company Souq.com, and Turkish consumer internet company Hepsiburada. As noted by IFC in its website, Flat6Labs could expect to "directly and indirectly create 1,500 new jobs" with the proposed financial support to 100 enterprises. Besides monetary support, IFC says it will also assist Flat6Labs on "environmental, social, and governance frameworks," offer advisory services and explore "potential co-investment" opportunities in follow-on rounds. 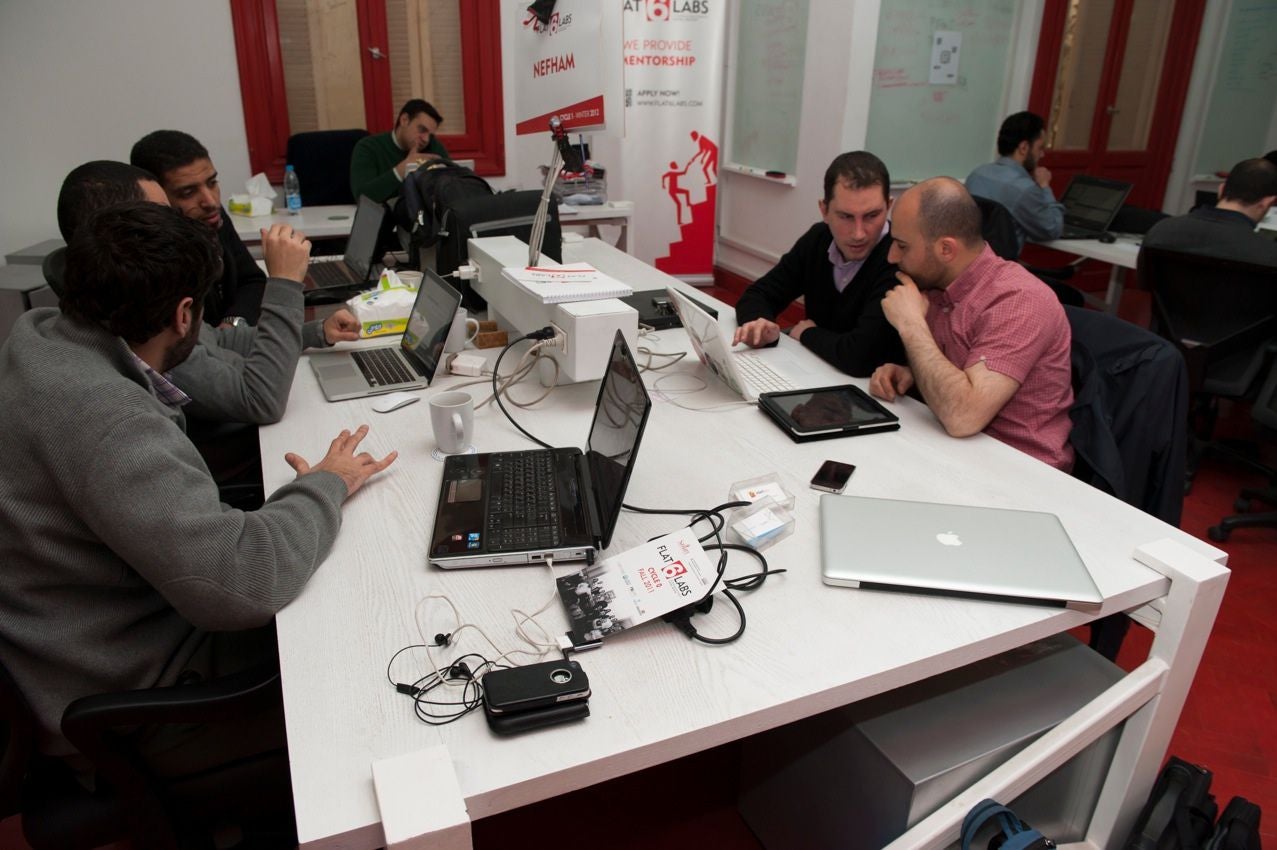 Entrepreneurs at Flat6Labs Cairo.Image source: Flat6Labs.
With Flat6Labs' track record of accelerating 46 companies in Egypt, El-Serafy is confident that the financial boost will help them create a thriving startup community with a "high quality pipeline of deal flow" for angel investors and venture capitalists. While Egypt's entrepreneurship ecosystem has seen steady growth over the past years, availability of funding for early-stage startups is still a challenge, and Flat6Labs' new fund also plans to focus on follow-on investment, "which will eventually catalyze the growth of promising startups in Egypt and scale them to profitability at a faster pace."

Related: Flat6Labs And Barclays Launch 1864 Accelerator To Focus On Fintech In Egypt